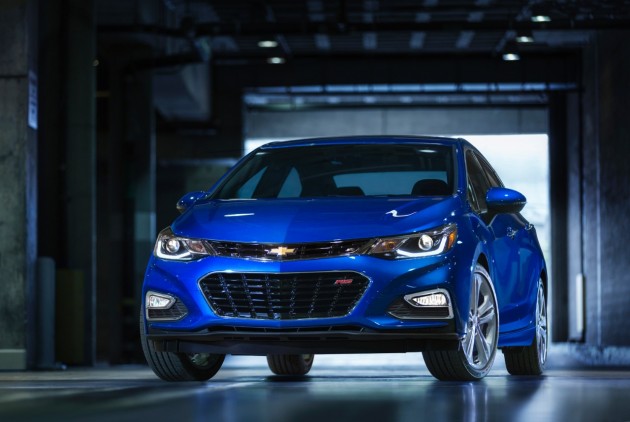 As the emojis foretold, last night the 2016 Chevy Cruze debuted at the Fillmore in Detroit, Michigan, becoming the fifth new Chevrolet model to premiere this year (joining the Malibu, Spark, Volt, and Camaro).

Like the 2016 Camaro, the 2016 Cruze is significantly lighter than its preceding model—by 250 pounds, to be exact. It’s actually 2.7 inches longer (and an inch shorter) than the previous Cruze, meaning all of the weight savings came from its leaner architecture and lighter motor. 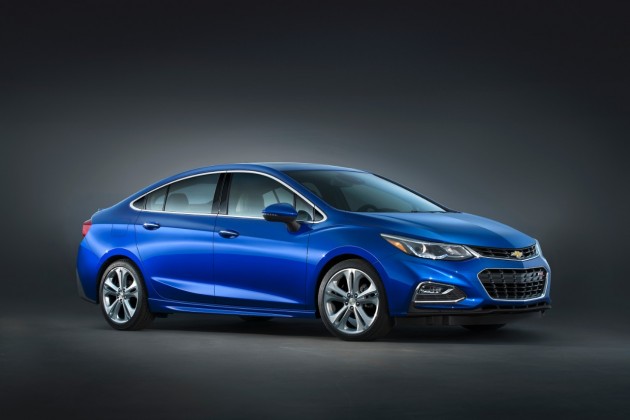 The Cruze’s new, standard 1.4-liter turbocharged engine with direct injection produces 153 horsepower and yields a highway mileage of 40 mpg with the available six-speed automatic transmission, according to General Motors. GM is also reporting a 0-to-60 mph acceleration time of eight seconds.

As promised, the 2016 Cruze will feature iPhone integration in the form of a standard seven-inch screen and available Apple CarPlay or Android Auto (the optional eight-inch screen will only be offered with CarPlay at the time of launch, with Android compatibility to come later). The bowtie brand is really proud of the vehicle’s smartphone connectivity, which explains all of the #ChevyGoesEmoji marketing. 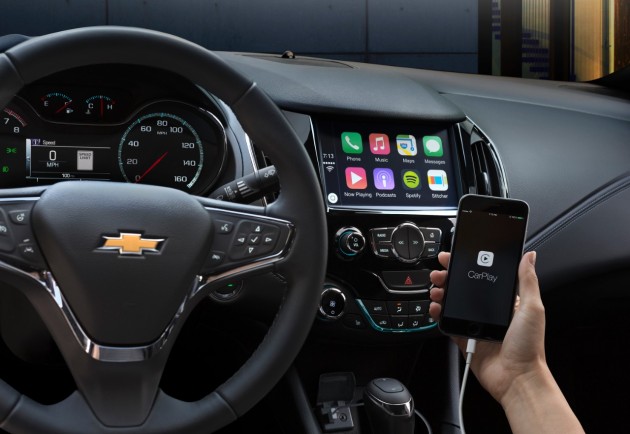 “The 2016 Cruze builds on a very successful program that introduced Chevrolet to new customers the world over,” said GM North America President Alan Batey at last night’s premiere. “We retained all the attributes that made the original Cruze a hit around the globe and built on them to make this car more sophisticated, more fun and more Chevrolet.”