Chevy is not only planning to bring a new-look 2016 Spark to the New York Auto Show next month, but will also bring along the 2016 Malibu. Chevrolet promises that this new take on an old classic will be larger and lighter, providing drivers with more connectivity, safety, and fuel efficiency.

The 2016 Chevy Malibu is said to have been built from the ground up on an all-new platform that makes for a four-inch-longer wheelbase and more rear legroom. It will be built using higher-strength steel, which Chevy suggests will result in a weight loss of about 300 pounds compared to the current-gen model. 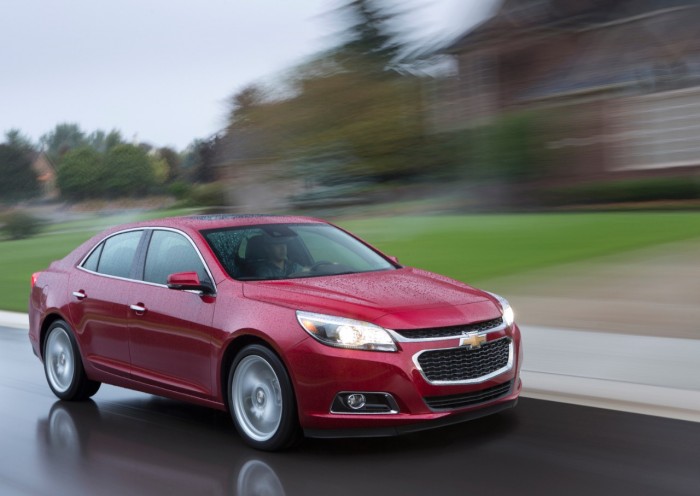 “Malibu’s gorgeous styling is the result of a masterful understanding of proportions,” said Ed Welburn, General Motors’ vice president of Global Design. “The roofline has been stretched rearward giving a more sleek profile, while the front wheels have moved forward and front and rear overhangs have been reduced. Along with the sculpted body side, these cues help Malibu appear more dynamic and sophisticated.”

Chevy promises more information on the new Malibu leading up to New York. Along with the recently-revealed Volt and the aforementioned Spark, the Malibu represents one of Chevy’s “5 for ’15.” The brand is also expected to reveal a brand-new version of the Cruze and the Camaro by year’s end.