The next-gen Volt won’t have its official debut until next week, when GM premieres the car on its home turf of Detroit at the city’s North American International Auto Show. But the people at Chevrolet are apparently quite proud, quite impatient, or a little bit of both, because they went ahead and provided a sneak peak of the 2016 Chevy Volt yesterday at the International CES in Las Vegas, Nevada. 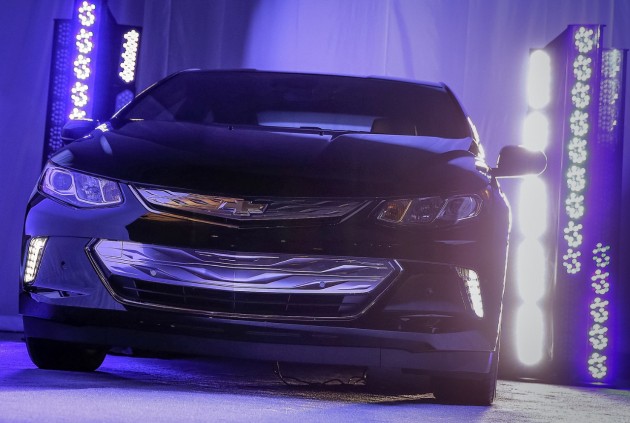 On Sunday, January 4, 2015, at the Consumer Electronics Show in Vegas, the newest version of the gasoline-electric sedan was revealed, with the car’s redesigned front fascia on prominent display. 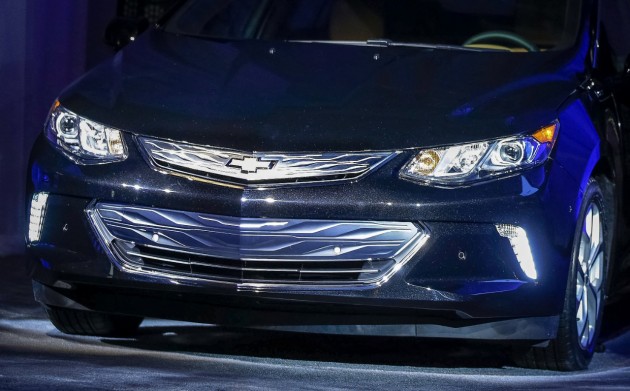 No details were divulged at the event, so we’ll have to wait until more information becomes available next week in Motor City. Until then, all we know is that the 2016 Chevy Volt will feature a new 1.5-liter gasoline engine, will have more EV range, a larger battery, and won’t require premium fuel.