2016 Chevy Volt Will Debut at NAIAS 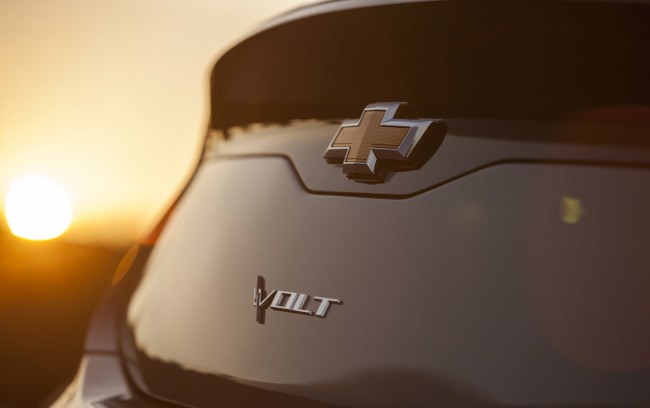 Global Chevrolet Chief Marketing Officer, Tim Mahoney, today announced that the 2016 Chevy Volt will debut at NAIAS (North American International Auto Show) in Detroit, in January of 2015. Unfortunately, GM released nothing else about the all-new model.

Instead of going over all the latest features for the 2016 Volt, Chevy instead drilled us with Volt history and stats. For instance, Chevy reported that Volt owners manage more than 63 percent of their overall miles in pure EV mode, which accounts for over 500 million miles gas-free (saving about 25 million gallons of gasoline) since the Volt was introduced in 2010. Speaking of, Chevy has sold more than 65,000 models since it first hit the market, making it the best-selling plug-in passenger model in the United States.

Another fun fact from Chevy: Volt drivers who charge regularly typically achieve 970 miles of driving before having to return to the gas station to fill up. For most drivers, this means visiting the gas station less than once a month. 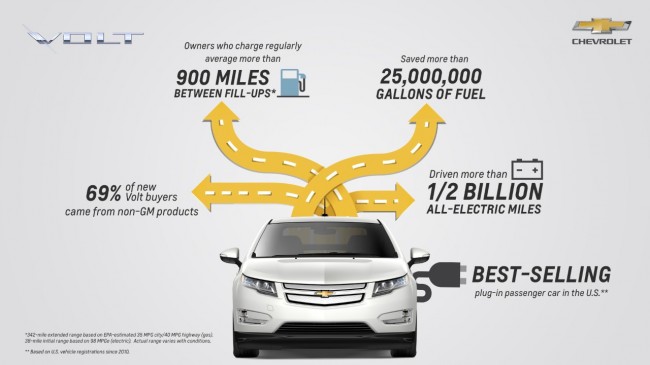 “Volt is the perfect example of the ingenuity that drives everything we do at Chevrolet,” Mahoney announced at the Center for Automotive Research Management Briefings, while still mentioning very little about the 2016 model. “Volt fully delivers on the promises of Find New Roads and will continue to provide consumers with the transportation solutions they need and deserve in the future.”

Bragging right for the Volt include the 2014 Top Safety Pick+ designation from the Insurance Institute for Highway Safety, as well as the distinction of being the highest-rated compact car under $55,000.

Related: All About OnStar

The 2015 North American International Auto Show will open to the press on January 12, 2015.