The European Grand Prix was held in Baku, Azerbaijan. 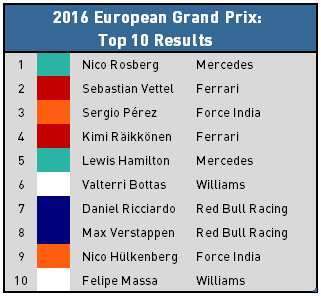 Let’s get a few things out of the way: the Baku circuit is awful and so is the radio ban. We can all reasonably assume the reason Azerbaijan is now somehow home to the European Grand Prix, despite not being located in Europe, is that its government threw a pile of money at Bernie Ecclestone to make it happen.

That could have been forgiven had the track been a good one, but beyond having maybe two memorable sections, the Baku circuit is a series of uninteresting and flat 90-degree corners interrupted only by the longest straight on the calendar, where defending a DRS-assisted overtake is simply impossible. Formula 1 needs more tracks like Spa and Suzuka, not more lifeless circuits located in rich Middle Eastern countries with terrible human rights records.

It wasn’t just the layout, though—the circuit wasn’t ready. Sewer grates were thrown up in the air, the kerbs cut up the tires, and even the pit entry and exit lanes had to be repainted to improve safety. After watching the 24 Hours of Le Mans, the 2016 European Grand Prix couldn’t have been more unexciting.

And we haven’t even gotten to the radio ban yet—but we’ll talk about that in a moment. First, let’s dive into qualifying.

Qualifying was a bit same-old-same-old, with just two exceptions. Once again, Mercedes was by far the quickest of the bunch, leaving Ferrari and Red Bull to fight it out for the next best spots on the grid.

However, despite being brilliant all throughout practice, Hamilton was quite sloppy when it came down to setting a fast time in qualifying. He locked his brakes several times and ultimately hit a wall at the wrong angle, breaking his suspension and preventing him from being able to qualify better than 10th.

The other noteworthy performance came from Sergio Pérez, who put in a remarkable time to grab second place in the final qualifying session. Unfortunately for him, a five-place grid penalty for a gearbox change negated his good effort.

Vettel and Ricciardo managed to set exactly the same time as each other—down to the thousandth—but because Ricciardo set it first, he was the one to start on the front row next to Rosberg for the second time this year.

While Vettel cruised to an easy second place, Räikkönen probably could have grabbed an equally easy third had it not been for a few issues compounded by Pérez’s mighty performance. The Iceman received a five-second penalty for driving over the pit entry line without actually pitting—arguably a pretty stupid penalty—and then suffered from an undisclosed issue which he made clear he could have rectified without the radio ban. Ultimately, Pérez passed him on track with just one lap to go to show he didn’t need the five-second penalty to earn his second podium of the season.

And where was Hamilton? After making his way to fifth from 10th, he experienced an engine mode issue. Supposedly, changing the right setting on his steering wheel should have been able to fix it, but those things are just as complex as modern-day computers and Hamilton simply didn’t know what to do—as he said after the race, there were at least a hundred or even two hundred possible combinations he could have tried. 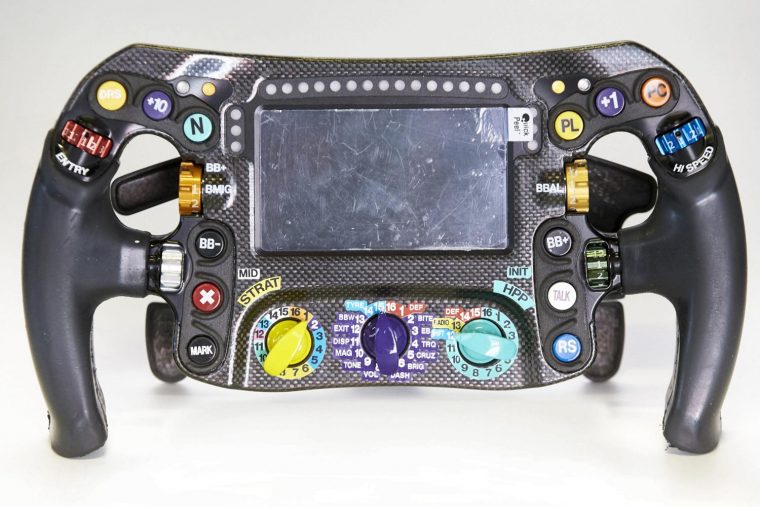 You really can’t blame him. The LCD isn’t even on in this picture and there are a couple of buttons in the back, too.

Hamilton and Räikkönen could have resolved their issues by following instructions from their race engineers, but that wasn’t allowed. Thus we arrive to the radio ban: regulations that were first instated at the end of 2014 and then modified in 2015 to seriously limit what can be communicated to drivers over the radio. By the end of 2014, the competition between Hamilton and Rosberg had become so fierce that they were doing everything they could to eek out the slightest advantage over each other, including receiving instructions from their engineers on how they could improve cornering strategy—sometimes by directly comparing their approach to that of their teammate.

The FIA didn’t like this, and neither did the fans, so they clamped down on it. The idea behind the radio ban was to put driving back in the hands of the drivers, so to speak. But when the cars (which are so advanced Alonso described them as “spaceships”) have a problem that could be solved if only the engineer could communicate the solution to the driver, the rules seem too strict—especially when it seriously compromises a driver’s race through no fault of their own. That being said, I wouldn’t be surprised if the powers that be tweaked the rules for the upcoming Grand Prix because of the sudden surge in negative press the radio ban is currently receiving. 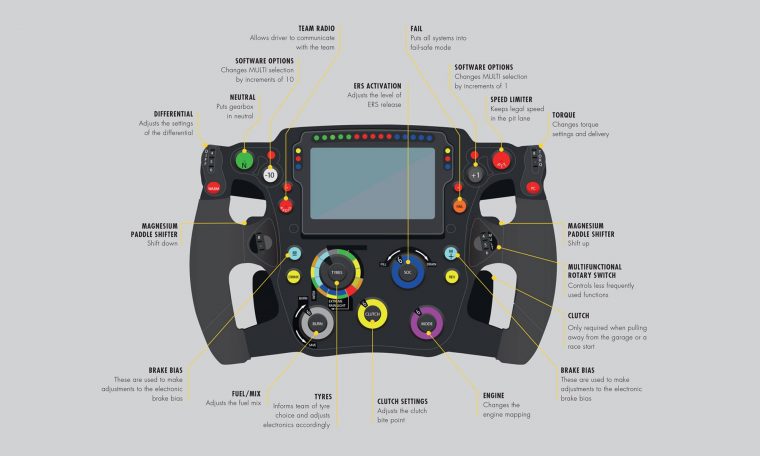 This is Red Bull’s steering wheel, showing just a few of the things drivers have to manage while also driving at 200 mph.

Rosberg has managed to extend his lead in the driver’s standings for the time being, while Ferrari is still attempting to solidify second place in the constructor’s championship. I do wonder what happened to Red Bull—sometimes they seem to be right up in the fight and at other times are nowhere to be seen. They have a great chassis and have mostly sorted out the engine issues that had given them such a headache throughout the 2014 and 2015 seasons, but appeared to struggle with getting the tires up to temperature in Baku. Let’s hope they get that sorted out in time for the Austrian Grand Prix in two weeks so we can get a bit more competition. 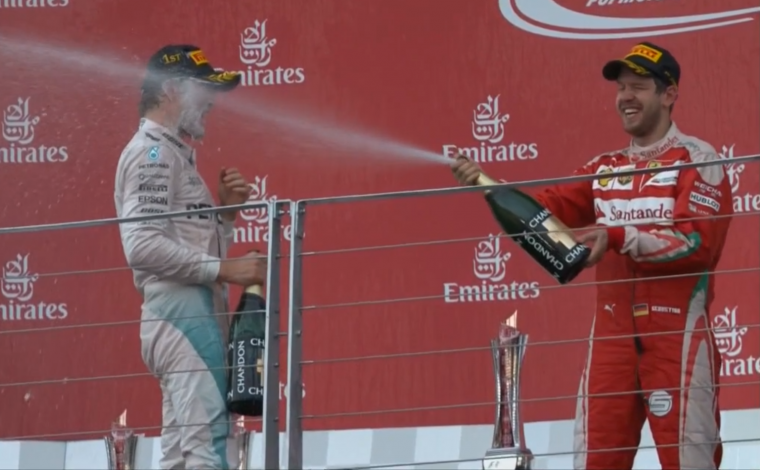 Sebastian Vettel congratulates Nico Rosberg the traditional way: with a spray of champagne to the face. 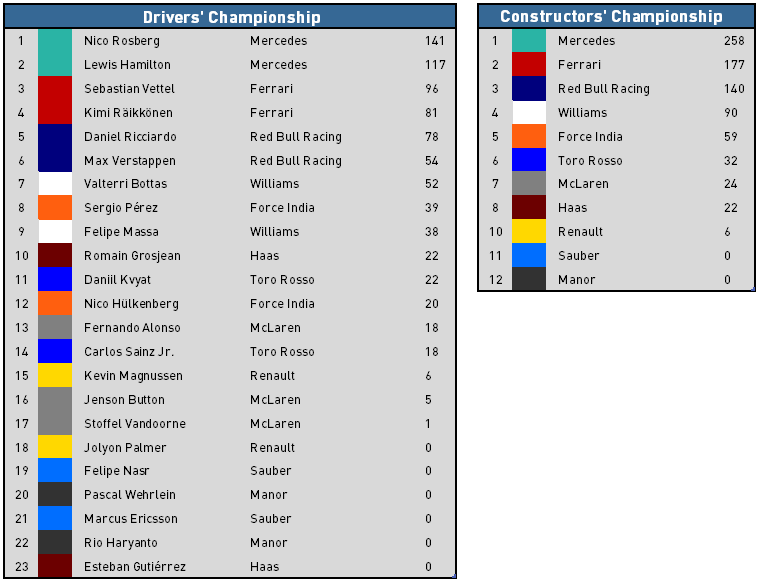