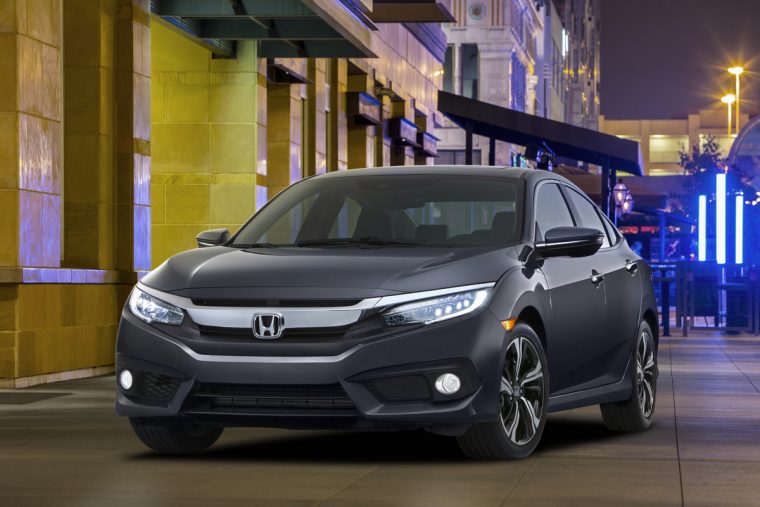 If you weren’t invited to any 2016 Kelley Blue Book Best Buy Awards watch parties last night, then you missed seeing a Titanic-like performance by Honda (we mean like how the Titanic movie did at the Academy Awards in 1997, not like how the Titanic ship did at sea in 1912). Of the 11 non-luxury Kelley Blue Book awards, Honda took home five of them, including the coveted “Overall Best Buy of the Year” trophy for the 2016 Honda Civic.

“We believe the all-new Honda Civic is a game-changer in the compact vehicle class,” said Jack R. Nerad, the executive editorial director and executive market analyst for KBB.com. “While the previous-edition Civic was a market leader in a very important segment, the newest version ups the ante in every category – interior and exterior style, safety, feature set – the new Civic takes them all to a new level.”

In addition to being the “Overall Winner,” the new Civic also took top honors in the “Small Car” category.

“We are incredibly confident in the value, quality and design of the all-new 2016 Civic,” said Honda executive Jeff Conrad, senior vice president and general manager of the Honda Division. “This prestigious award from KBB.com helps current and future buyers with their purchase decisions and further solidifies the notion that for customers who purchase a Honda, be it a car or a light truck, they are making an ‘overall’ smart choice.”