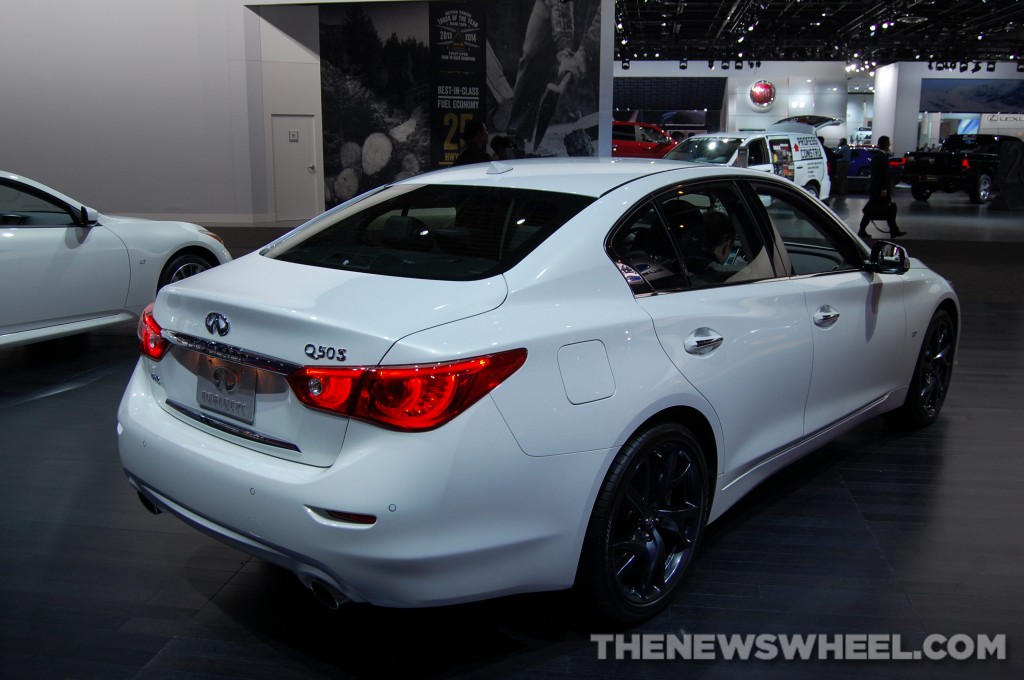 Infiniti’s cars have never particularly wowed me, and the recent change of names (to Q-something or another) did not elevate the brand’s luxury in my mind but just made for one editing nightmare. That said, I really liked Infiniti’s booth at NAIAS. They had a theme similar to Nissan’s (or at least I perceived it that way, and it’d make sense since Infiniti is operated by Nissan) in that all the cars were in one color, except for the two models that Infiniti wanted to accentuate.

All these non-emphasized models were in white and looked quite elegant. I assume Infiniti was going for that, as the automaker is fighting to take an even greater share of the premium auto market, which is dominated by elegant vehicles. Marci snapped quick photos of all the white models on display.

But those only served as an appetizer to sample the flavor of the brand. The real meat and potatoes of the display were the Q30 Concept (in a coppery color) and the Q50 Eau Rouge (in a red shade).

Is it you we’re looking for?

Smart was right around the corner, so we paid a brief visit. As expected, the display looked really tiny and was wedged in between two larger displays. (Turns out, one of the “larger displays” it was tucked in between was actually a bigger portion of the Smart booth; Marci and I just didn’t notice it until we were on our last display of the day and didn’t bother to go explore.) 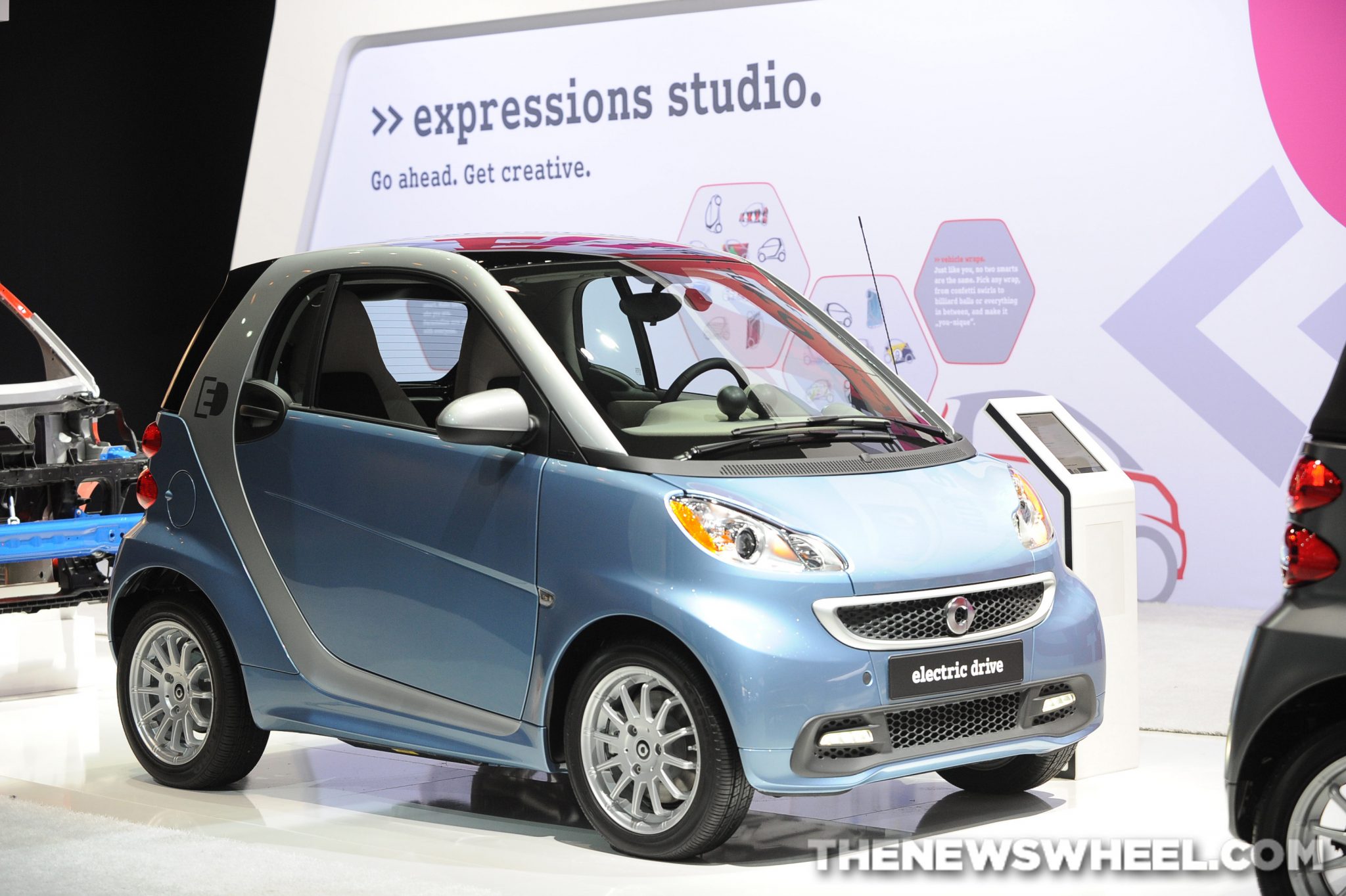 While there, I sat behind the wheel of a Smart car for the first time, and it was, well, it was an experience. As I mentioned in my BMW blog, I have long legs (modeling worthy, eh?), and they didn’t fit so well in the Smart Car. Obviously, intelligence on wheels is not for the tall.

After a short and claustrophobic look at Smart, we hopped over to the last of the Detroit Three: Chrysler, Dodge, Jeep, and Ram. (Oh, and Fiat, of course.)