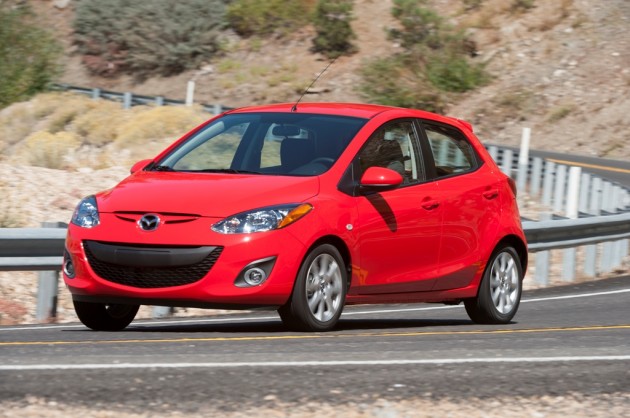 Nationwide excitement for the 2016 Mazda2 is already growing thanks to its recent nab of Japan’s Car of the Year Award (in the form of the identical Mazda Demio). So, it’s about time that the brand began increasing 2016 Mazda2 production to deliver on the hype it’s building for next year’s release.

Mazda has started taking steps toward getting the new Mazda2 model ready for US release! Ever since its much-hyped unveiling earlier this year and those stunning photos in July, we’ve wanted to get our butts in the driver’s seat of the fresh subcompact car.

The automaker hasn’t wasted any time beginning production at MMVO, either. The facility’s engine machining plant began operating on October 21st after a year of construction. Not a couple days into production, Mazda is already planning on increasing the Mexican facility’s capacity by 250,000 annual units by the end of 2016.

That’s not a big surprise considering the success of Mazda’s SKYACTIV products and the growing popularity of the brand around the world.

“With the start of production of the all-new Mazda2, operations underway at the engine machining plant, and an increase in our annual production capacity, we now have an even stronger production framework capable of supplying global markets with SKYACTIV products of the same high quality level as those made in Japan,” said MMVO President Keishi Egawa. “At the same time, we are pleased to be able to make a contribution to Mexico’s further economic growth.”