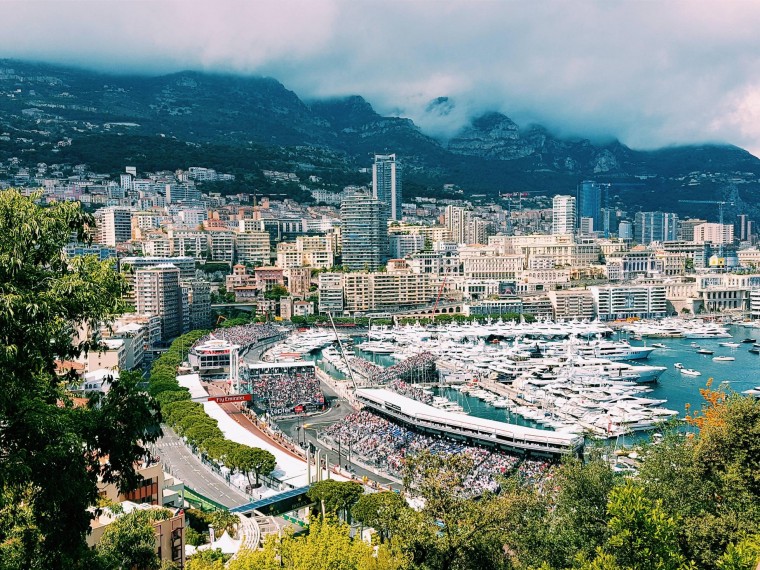 Boring or not, there’s no prettier race than the Monaco Grand Prix
Photo: /u/radiomath 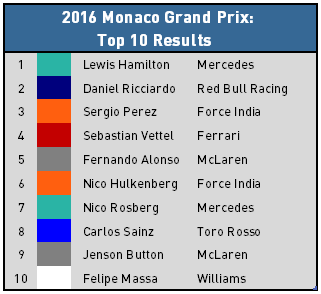 I’ve said it before and I’ll say it again: Monaco races are almost always boring. Yes, it’s the most prestigious Grand Prix on the calendar, but that’s the only reason people go to Monaco at all; for the glamour, the heritage, and the celebrities who come in droves—not for the racing itself. The circuit is simply too slow and too narrow to make for good wheel-to-wheel Formula 1 action.

That being said, as far as Monaco Grand Prix go, this one was as exciting as it gets.

Two weeks after teammate Max Verstappen grabbed his maiden victory in Barcelona, Daniel Ricciardo took his maiden pole position in Monaco. He’s not new to winning races—he has three victories under his belt—but with Mercedes grabbing all but two poles since the beginning of the turbo era (that’s 41 out of 43 possible poles since 2014!), the opportunities to start at the front of the grid have been few and far between for anyone not at the wheel of a Silver Arrows car.

However, Red Bull has made major improvements to its own car over the last few weeks and Monaco was the perfect place for its impeccable chassis to shine. While Verstappen went from hero to zero by crashing into the wall, Ricciardo put in the quickest time of the day when it mattered most, narrowly stealing pole away from Rosberg, who was probably just glad to start ahead of Hamilton at a track where, historically, starting position matters more than sheer race pace.

Rosberg Moves Over for Hamilton

Changing weather conditions made the first thirty laps of the 2016 Monaco Grand Prix actually fun to watch. The cars started behind the safety car on full wet tires, and after a few laps of feeling their patience grow thin—wet track or not, race car drivers want to race—the safety car retreated to the pits and everyone set off at full speed. 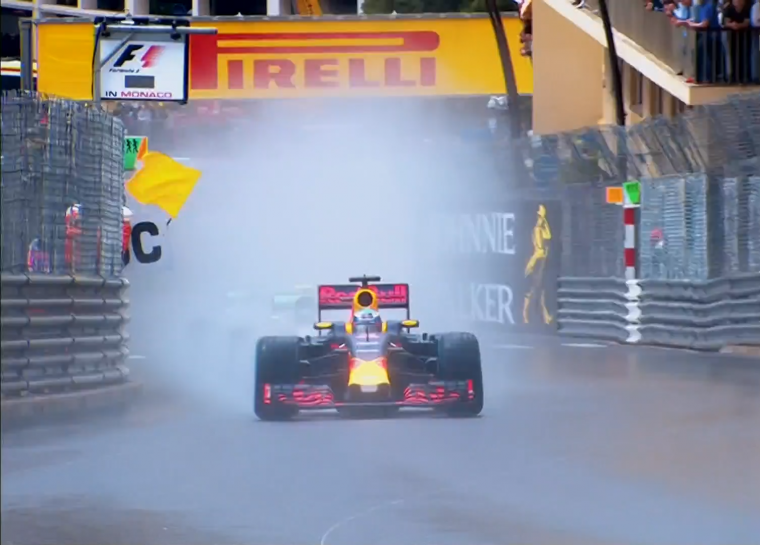 Immediately, Ricciardo charged far ahead of the two Mercedes behind him. Rosberg was suffering from a brake issue and had absolutely no confidence in the wet, causing him to lose significant chunks of time each lap while holding up his teammate; but because Monaco is Monaco, Hamilton couldn’t get around him despite being significantly faster. After a few laps, Mercedes asked Rosberg to move over to give Hamilton (and the team) a shot at winning the race before it was too late, and Rosberg obliged, knowing full well it would hurt his championship lead. Fair play to him.

Ultimately, because of a combination of the brake issue, slow pit stops, and the difficulty of passing at Monaco, Rosberg was only seventh to the checkered flag, marking his worst finish since the 2015 Hungarian Grand Prix.

As the track began to dry, it quickly became clear that pit stop strategy would decide the outcome of the race more than anything else. Some drivers stayed on the full wet tires long after others had already changed to the intermediates, and others still switched to slicks even while the track remained damp—or flat out wet just off the racing line.

Though Mercedes outsmarted Red Bull on the strategy, Ricciardo’s efforts at the beginning of the race should nonetheless have secured him a comfortable lead after his second and final round of pit stops. However, a communication error between Red Bull’s pit-wall and garage caused Ricciardo to lose around 10 seconds during his stop while the unprepared crew scrambled to get the right tires out; as a result, he rejoined the track just behind Hamilton.

Hamilton takes the lead as Ricciardo leaves the pits

There was still some hope for Ricciardo at first. Hamilton was driving on the quickest but least durable tires, and with 50 laps still to go, it seemed unlikely they would go the distance. However, the combination of slow corners and cold track temperature allowed the tires to last the remainder of the race without trouble; and again, because Monaco is Monaco, Ricciardo could find no way to pass Hamilton, even though he definitely had the speed.

Needless to say, the Red Bull driver was absolutely livid after the race, as he immediately showed in his radio message to the team after crossing the finish line: “Save it. Nothing you could say can make that any better. Save it.” 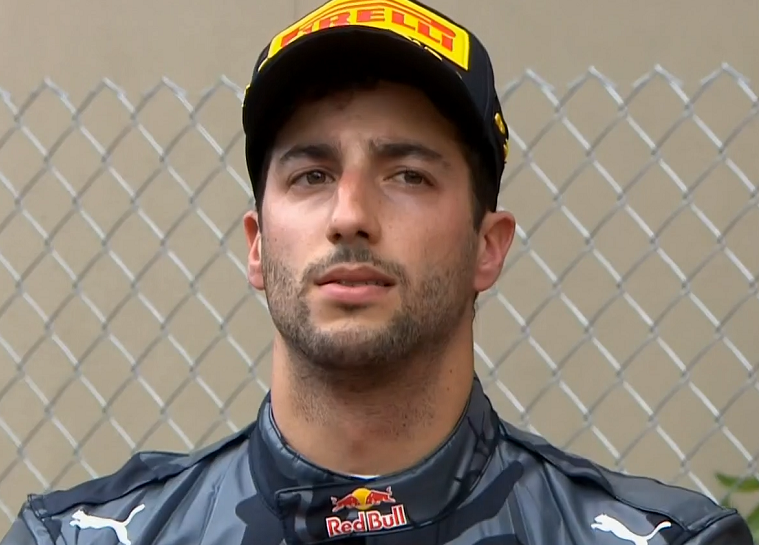 Daniel Ricciardo’s trademark smile was nowhere to be seen

The Championship Is Still On

Because of Hamilton’s win and Rosberg’s poor performance in Monaco, the latter’s lead has been cut down from 43 points to just 24. It would only take one more Hamilton win and one Rosberg DNF to put the Brit in the lead—that’s how quickly things change in Formula 1.

Perhaps talking only about the Mercedes drivers in the context of the championship isn’t fair to the others. This was now the second race that Ricciardo could have won—or should have—if not for Red Bull strategy mistakes. Had he won in Monaco and Spain, and had Kvyat not ruined his race in Russia, Ricciardo would be sitting around 100 points in the championship, ahead of Hamilton and quite close to Rosberg. For that matter, Ferrari would also be a lot closer had they not suffered five retirements in the last six races, not all of which were their fault.

Still, the only reason Red Bull was in a position to win the Spanish Grand Prix two weeks ago was because the two Mercedes drivers crashed into each other, something we can’t expect to happen frequently. It remains to be seen if Red Bull and Ferrari can truly contest the title; Mercedes still has the advantage, but with 15 races still to go, just about anything can happen. See you in another two weeks for the Canadian Grand Prix! 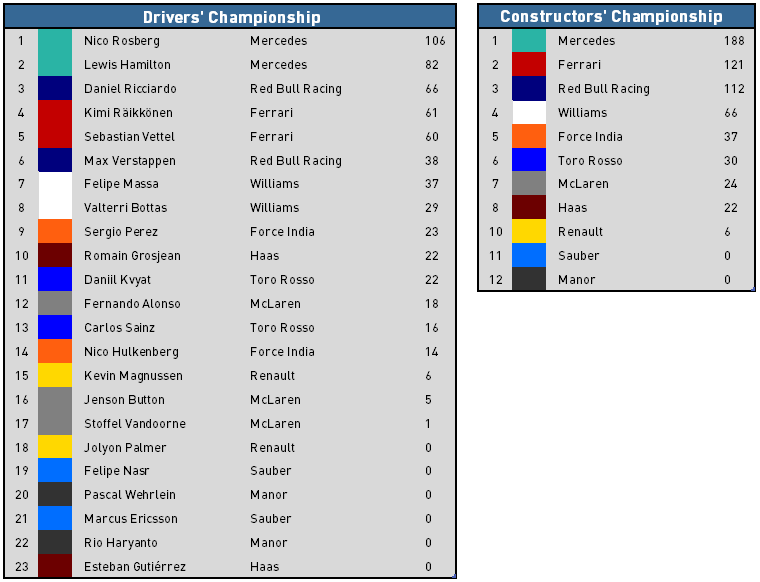