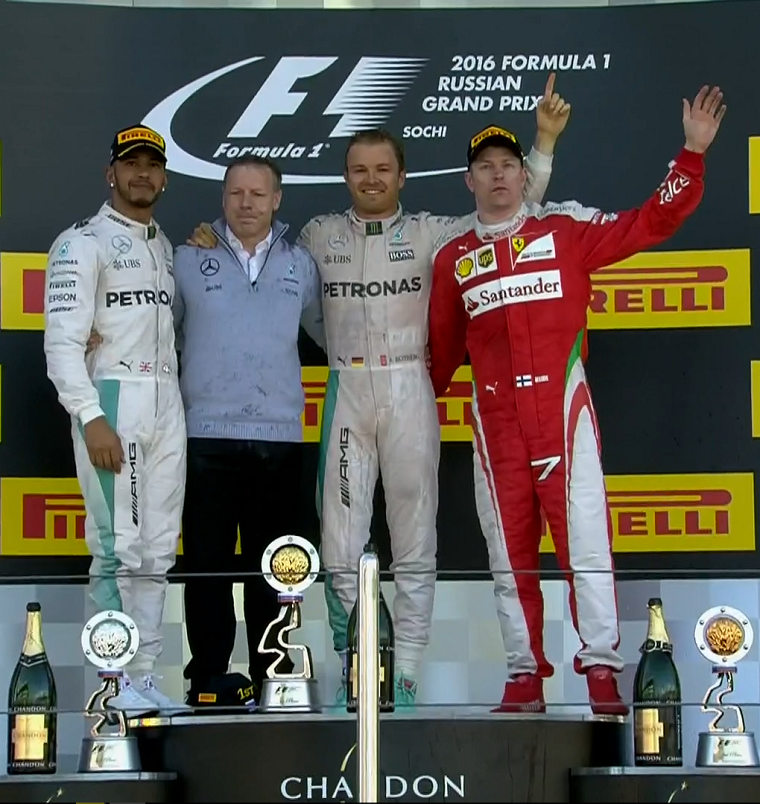 The podium finishers smile for the camera. Sort of. 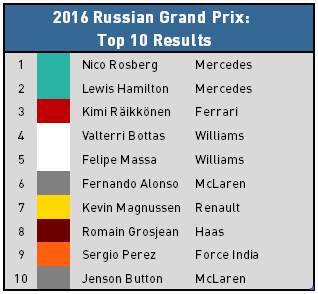 Welcome to Sochi, home of the Russian Grand Prix since 2014 and to some of the most awkward post-race conversations on the calendar—courtesy of Mr. Putin, who awkwardly stood with the drivers in the cool-down room while asking if the facilities were to their liking. Could you imagine answering with anything but a “yes”?

But let’s get to qualifying.

We were told that Ferrari would bring an engine upgrade to the 2016 Russian Grand Prix, but unfortunately, it didn’t seem to have helped them close the gap to Mercedes. In fact, the gap seemed only to have grown and to make matters worse Vettel was slapped with a five-place grid penalty for replacing his gearbox.

However, on the upside for Ferrari (and for Rosberg), Hamilton’s troubles continued. The same turbocharger issues that caused him to start at the pit lane last race prevented him from setting a time in Q3, the final qualifying session, which meant he would have to settle for 10th position on the grid. It was the last thing he needed after failing to beat his teammate at any of the previous three races, but barring any other issues, he could at least count on a podium finish on Sunday thanks to the sheer pace of his car. 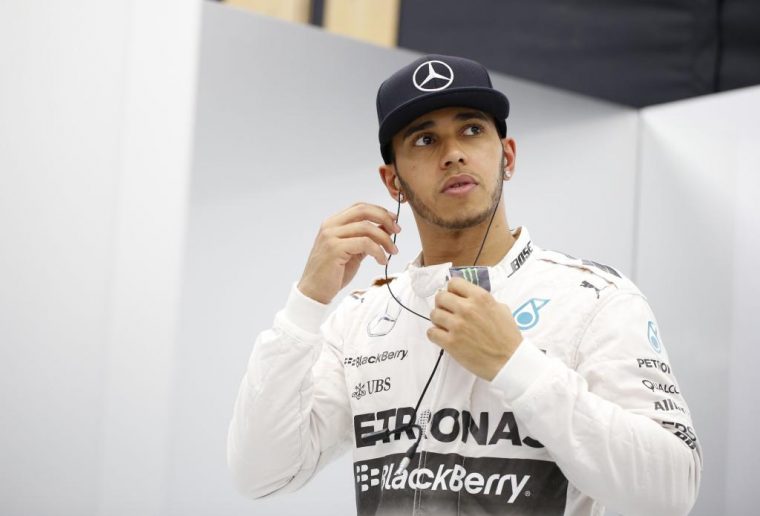 Most of the Chinese Grand Prix’s excitement came from a crash between Räikkönen and Vettel, which, according to the latter, had been caused by Kvyat “coming in like a torpedo” and forcing him to take evasive action. Most people agreed it had been a racing incident and that Vettel had been too harsh on Kvyat, possibly because Ferrari’s new CEO was watching from the team garage.

This week, Daniil “Torpedo” Kvyat struck again, and this time there’s no denying he was at fault. He braked too late in the first corner, bumping Vettel into Ricciardo, and moments later rear-ended Vettel once more, who was taking it easy because of the damage to his car. That sent the world champion crashing into the wall and out of the race. Kvyat not only ended Vettel’s race right then and there but also hurt his own as well as that of his teammate’s—needless to say, nobody was happy with him, including Red Bull team boss Christian Horner.

The incident with Vettel from Kvyat’s point of view

On the opposite end of the driver skill spectrum, Alonso and Magnussen both put in two highlight performances for the McLaren and Renault teams, respectively, despite the relatively poor performance of their cars; unfortunately, other than that, there wasn’t much to watch at the 2016 Russian Grand Prix. By the time Hamilton managed to clear Räikkönen and Bottas to get up to 2nd place, the gap to Rosberg ahead was already around 12 seconds, which is hard to overcome when at the wheel of the same machinery.

The gap did go down as Rosberg navigated lapped traffic, but Hamilton was then told over the radio that his car’s water pressure was inexplicably decreasing and that he would need to take it easy. Ultimately, Rosberg collected his 7th consecutive Formula One win and the 4th of the season with relative ease, placing him in an exclusive club shared only by Alberto Ascari, Michael Schumacher, and Sebastian Vettel. Because he qualified on pole, led every lap of the race, and set the fastest lap, he also scored the first Grand Slam of his career.

Post-Race Thoughts: Could This Be Rosberg’s Year?

Two weeks ago, I pointed out that there were many races left to go and that despite Rosberg’s advantage, Hamilton still had every opportunity to come back. Now, the gap has increased by an additional seven points, and there’s one fewer race to make up the difference. It’s still a long way to go, but could it be time to say this is Rosberg’s year? If his current form keeps up, he might very well be looking at his first championship title. In addition, if Hamilton doesn’t finally start shifting the momentum his way, or if his mechanical issues continue, he might start to crack under the pressure; in fact, you can already tell during his interviews that he is struggling to keep up his new “always calm and happy” persona.

The next race is in two weeks in Spain, so we’ll have to wait until then to see how the championship develops! 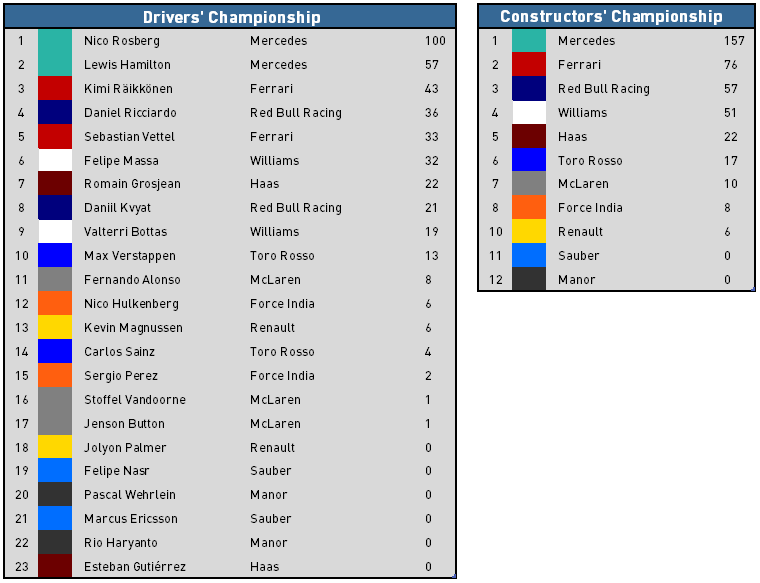