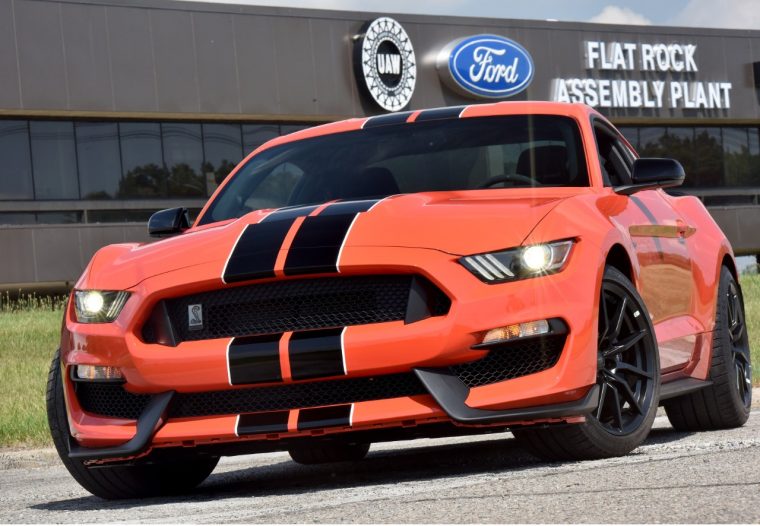 The next-generation Ford Mustang has racked up a ton of awards since its 2013 debut, and with the announcement that the Shelby GT350 has been named the 2016 AutoGuide.com Reader’s Choice Car of the Year, it has now won an award in every iteration thus far produced.

Ford’s Top Award-Winners: See many of the accolades accumulated by the new Mustang

Mere days after the incredible Shelby GT350R was named Road & Track’s 2016 Performance Car of the Year, the no-less-incredible Shelby GT350 wins an award of its own just days shy of the one-year anniversary of its debut. The 2015 AutoGuide.com Reader’s Choice Car of the Year just so happened to be the 2015 Ford Mustang, making this the second year in a row some version of the new pony has won the award.

“America loves the Ford Mustang. For the second year in a row, a Mustang took home our Reader’s Choice Car of the Year Award,” said AutoGuide.com editorial director Colum Wood. “Last year, it was the new generation that won the hearts of AutoGuide.com readers. This year, it’s the supercar performance of the GT350 with its incredibly powerful and even more incredible-sounding 5.2-liter V8 engine.”

AutoGuide.com’s road test editor, Mike Schlee, compared driving the GT350 to a religious experience. As far as analogies go, it’s not quite as good as R&T comparing the GT350R to a Lovecraftian monster-god, but it’ll fit the bill.

Research the New Mustang: See what features and trims make it America’s best-seller