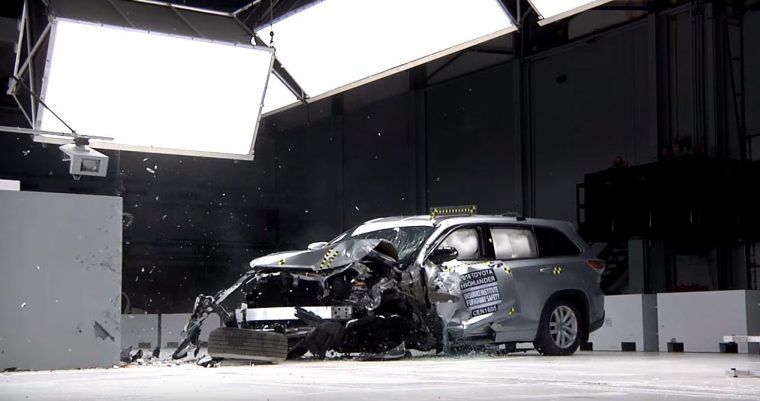 The 2016 Toyota Highlander joins just two other mid-size SUVs on the market in earning the coveted Top Safety Pick+ designation from the Insurance Institute for Highway Safety (IIHS). The only two other models in the Highlander’s class to land this high (ha) honor are the 2016 Honda Pilot and the 2016 Nissan Murano.

The 2015 Highlander also nabbed the Top Safety Pick+ title last year, but tests have become more stringent since then. In 2015, testing allowed for an “Acceptable” in the small overlap front test, which the Highlander received. For 2016, a “Good” was required in all five tests, including the small overlap front test. Toyota was able to improve the 2016 model with some structural modifications and earn the title.

The IIHS reports that the 2016 Highlander also managed to score an “Advanced” for the optional front crash prevention technology. (That’s the Plus distinction that is harder to come by.)

Watch the 2016 Toyota Highlander complete the small overlap crash test and earn its Top Safety Pick+ designation in the video below: