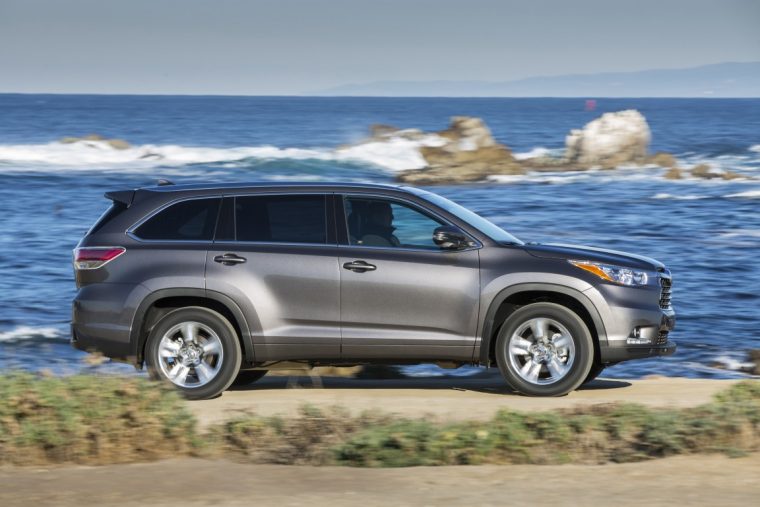 For drivers who need extra seating in their rides but don’t want to go the minivan route, a three-row SUV like the 2016 Toyota Highlander is just the ticket. The Highlander’s spacious interior makes it ideal for growing families, while maintaining a certain styling edge over the typical minivan.

Compare: Check out the 2015 Highlander 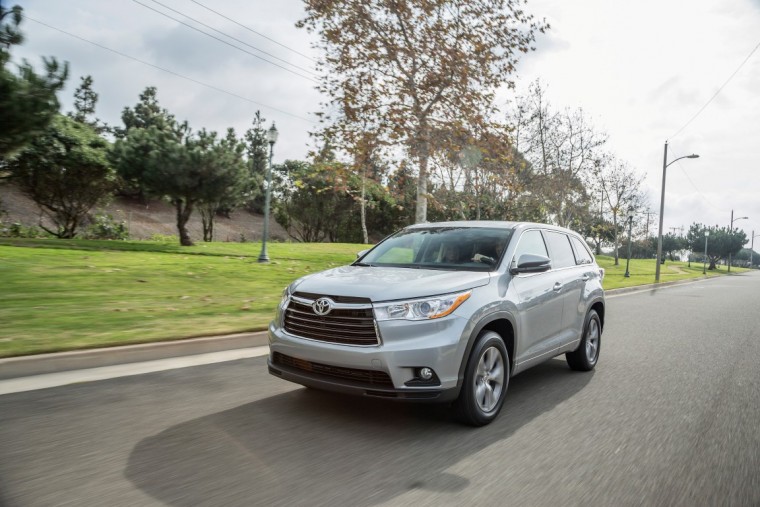 What’s New for the 2016 Toyota Highlander?

The 2016 Toyota Highlander pretty much carries over unchanged from the previous model year, with one exception; all models now get a Tow Prep Package, allowing the Highlander to haul up to 5,000 pounds. 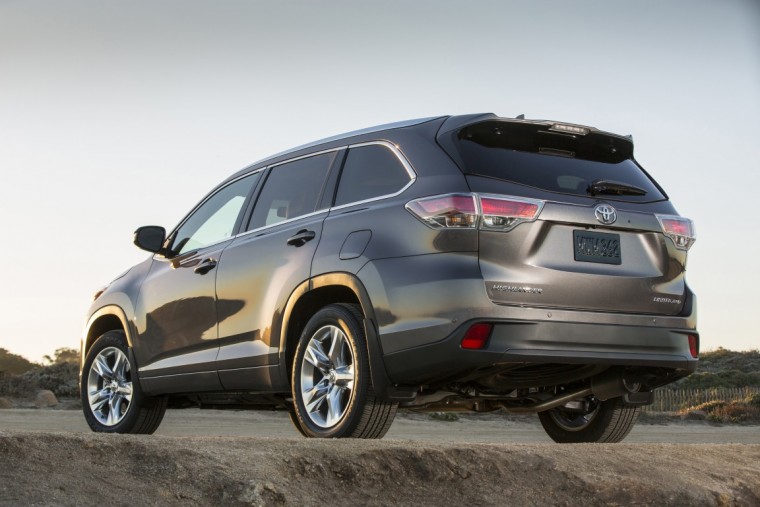 The Highlander is a true crossover, pairing the rugged looks and capability of a truck with the efficiency of a car. Its aggressive front end hints at its off-road capabilities, while luxurious finishes on upper trim levels bring to mind a vehicle with a much higher price tag.

Exterior available on the LE

Exterior available on the LE Plus

Exterior available on the XLE

Exterior available on the Limited

Exterior available on the Hybrid Limited 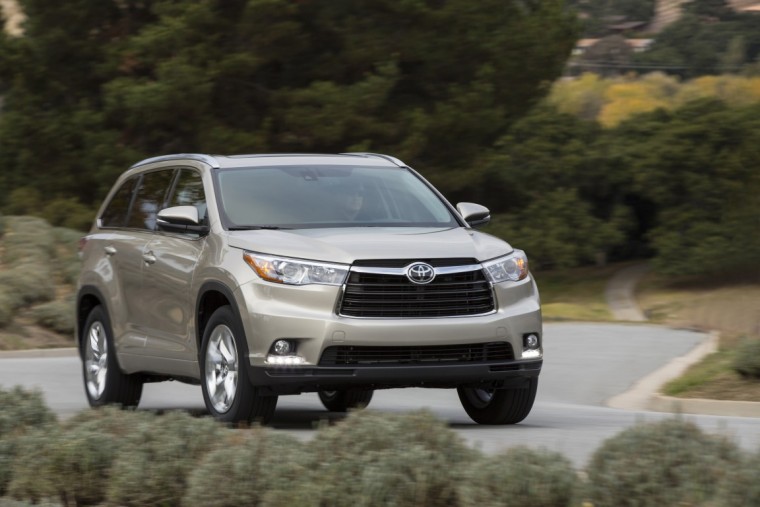 All gasoline-powered Highlanders come with a beefy 3.5-liter V6 engine under the hood. On the base LE model, the V6 is an option; a 2.7-liter four-cylinder engine is standard. The four-cylinder engine produces 185 horsepower and 184 lb-ft of torque, but most drivers will opt for the more powerful V6, which pumps out 270 hp and 248 lb-ft of torque. 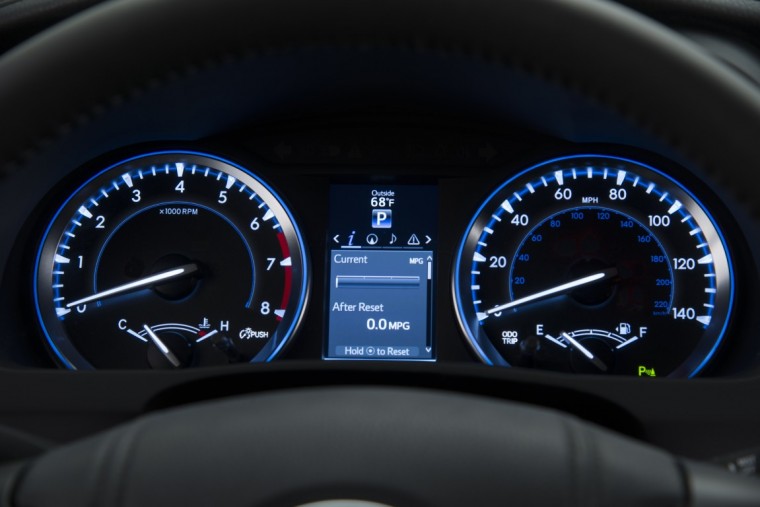 Most three-row SUVs guzzle gas, but the 2016 Highlander merely sips its fuel. The 2.5-liter four-cylinder engine yields 20 mpg in the city and 25 mpg on the highway, while the 3.5-liter V6 is good for 19 mpg city and 25 mpg highway.

Choosing the hybrid model ups the fuel efficiency ratings to 27 mpg in the city and 28 mpg on the highway, making it one of the most efficient three-row crossovers on the market. 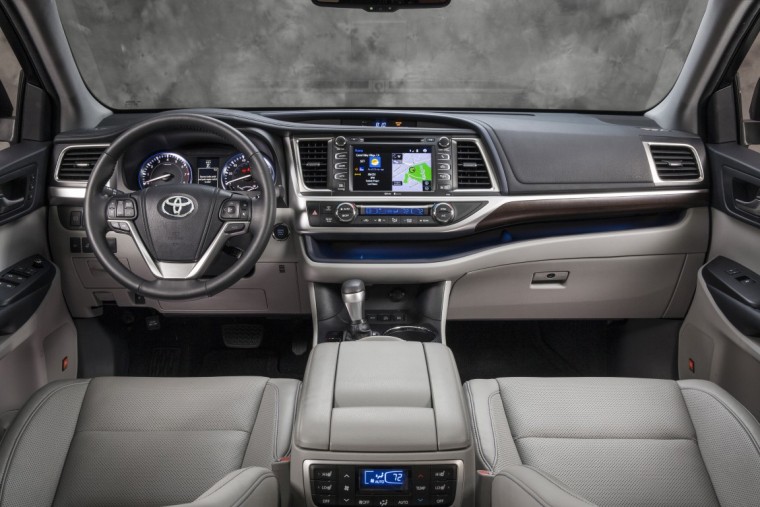 The Highlander’s interior is all about driver and passenger comfort. While the base LE is furnished with fabric seats, the other models offer leatherette or leather-trimmed upholstery, as well as conveniences like three-zone climate control.

All Highlander models come with some form of Toyota’s Entune infotainment system, from its most basic (which still includes Bluetooth, Siri Eyes Free, and voice-recognition) to the most tricked-out JBL version with 12 speakers. Upper trim levels are also equipped with Driver Easy Speak—a function that allows the driver to communicate with back-seat passengers without yelling, thanks to its voice amplification feature.

Interior available on the LE

Interior available on the LE Plus

Interior available on the XLE

Interior available on the Limited

Interior available on the Hybrid Limited 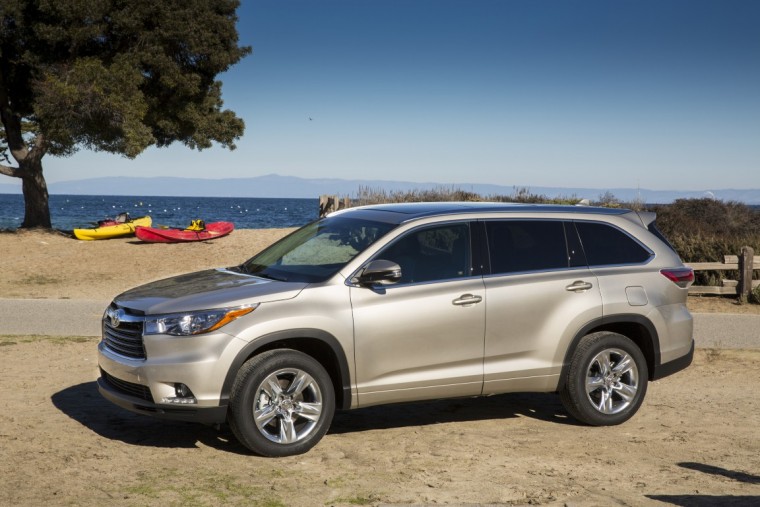 As with most family-oriented vehicles, the Highlander focuses on safety. Driver and passenger are surrounded by airbags that will deploy in case of an accident. The Highlander is built with front and rear crumple zones and a collapsible steering column designed to keep occupants safe in a collision.