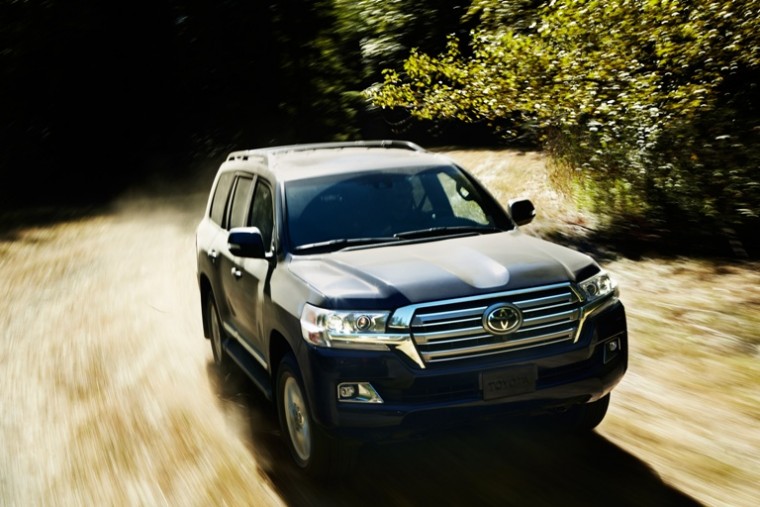 As a true truck-based SUV, the 2016 Toyota Land Cruiser is built to tackle tough terrain, while providing ample interior space for cargo and passengers alike. As in previous years, the Land Cruiser is offered in one trim level, which includes a plethora of deluxe features and amenities designed to compete with more luxury (and expensive) offerings.

The 2016 Land Cruiser comes with a fairly hefty MSRP of $83,825—but you get a whole lot of stuff for that steep price tag. 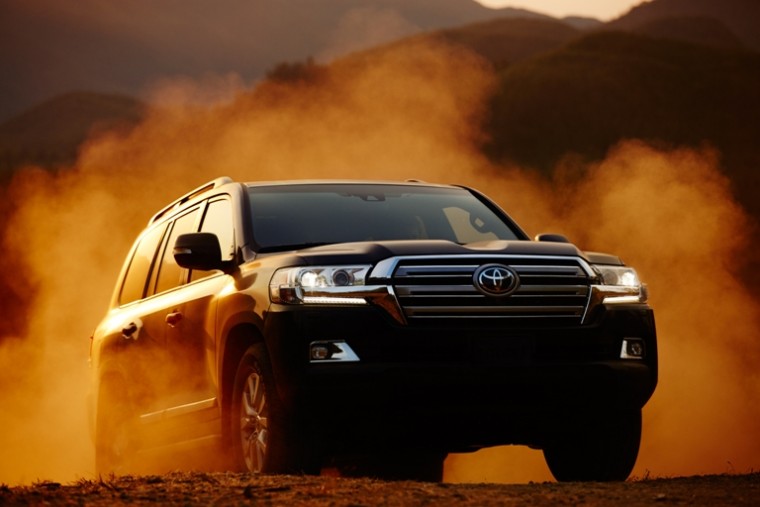 The Land Cruiser has received a rather thorough makeover for the 2016 model year. You’ll notice a reworked design both inside and out, as well as a ton of new safety technology. Additionally, Toyota has made major improvements to the Land Cruiser’s drivetrain, including a new eight-speed automatic transmission which helps enhance the SUV’s acceleration. 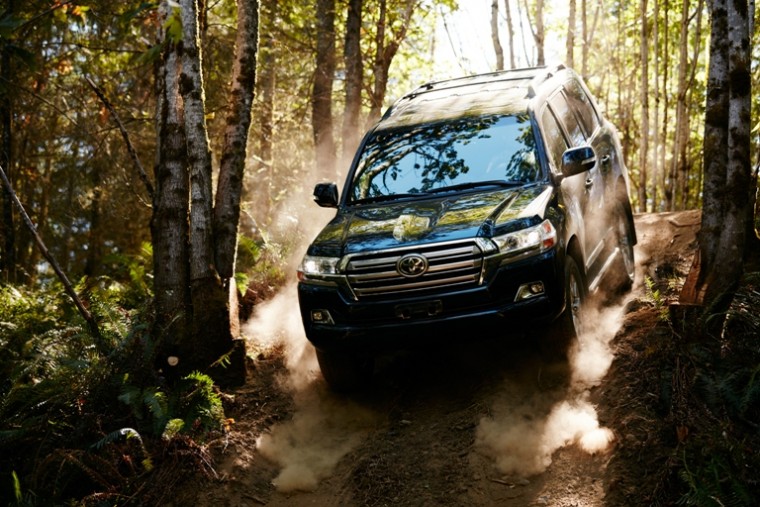 The 2016 Land Cruiser is all-new from the A-pillar forward. Even the rear has received upgrades like new taillights with light-tube design and LED brake lights. Chrome adorns the front grille and body side molding, lending an air of luxury to this capable vehicle. The Land Cruiser is as practical as it is easy on the eyes, with a standard roof rack ready to carry your cargo on your next adventure.

Exterior available on the Land Cruiser 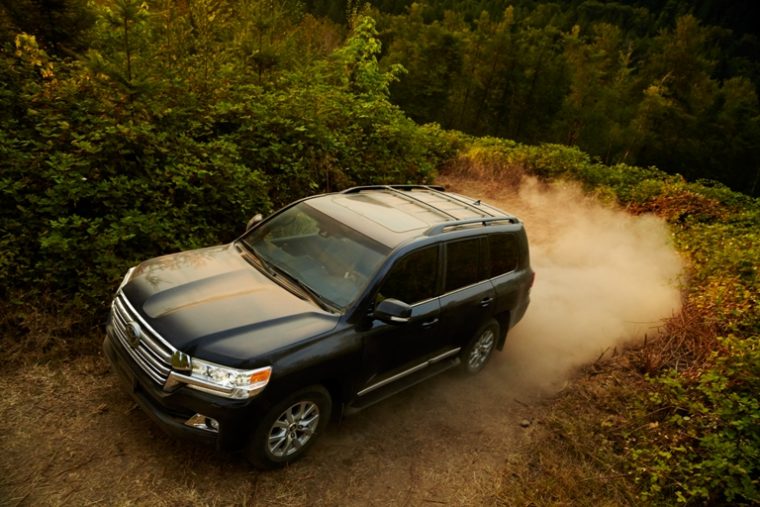 Underneath the hood, the Land Cruiser is propelled by a meaty 5.7-liter V8 that pumps out 381 horsepower and 401 lb-ft of torque. A full-time four-wheel-drive system helps keep the Land Cruiser on-road (or off-road) while keeping the ride smooth and comfortable.

The 2016 Land Cruiser is available with the Trailer Towing Package, which allows the SUV to pull up to 8,500 pounds. This is combined with technology like Trailer Sway Control to keep you in control even in the windiest weather. 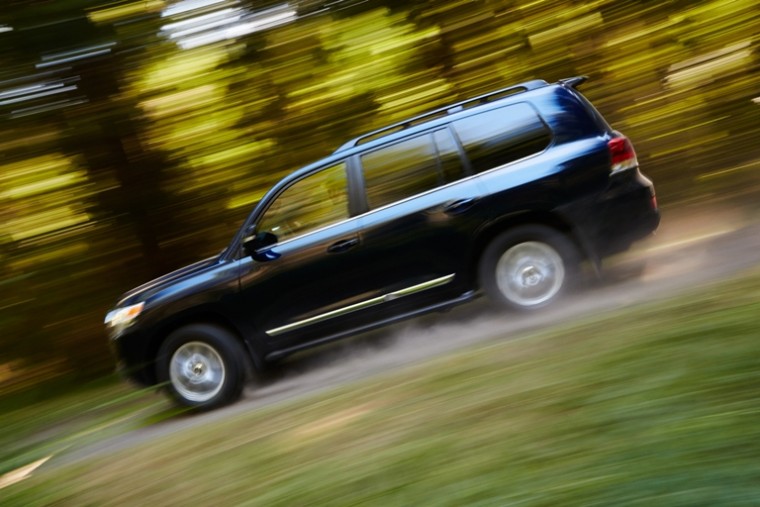 Given its humungous engine, it’s not surprising that the Land Cruiser’s efficiency numbers fall short of those belonging to crossovers like the 4Runner or Highlander. The SUV yields an EPA-estimated 13 mpg city, 18 mpg highway, and 15 mpg combined. That’s similar to the Sequoia, and pretty far below the rest of Toyota’s lineup of crossovers and SUVs. 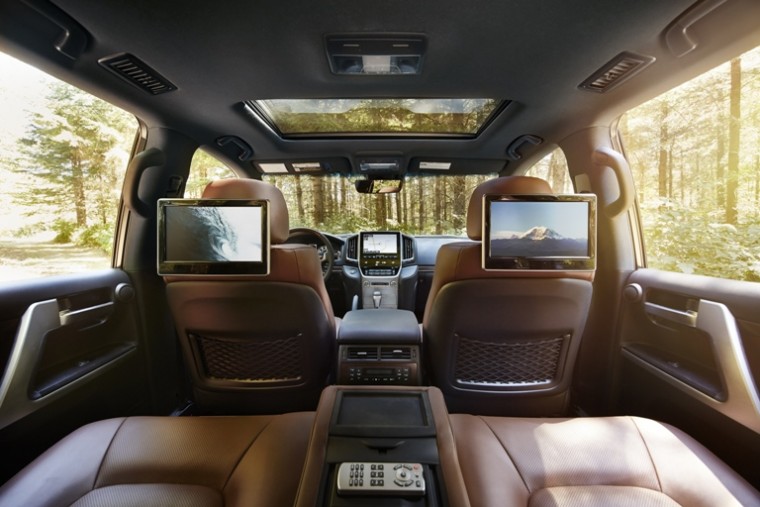 The 2016 Toyota Land Cruiser is easily the most luxurious model in the Japanese automaker’s lineup. Its four-zone automatic climate control ensures that all passengers remain comfortable, while the perforated leather seats provide heating or cooling to driver and passengers in the front and middle rows. When the middle and third row seats are folded, the Land Cruiser offers 81.7 cubic feet of space. The SUV also comes with standard features like a refrigerated cooler box, a JBL Synthesis audio system with Entune and 14 speakers, and a rear-seat DVD entertainment system.

Interior available on the Land Cruiser 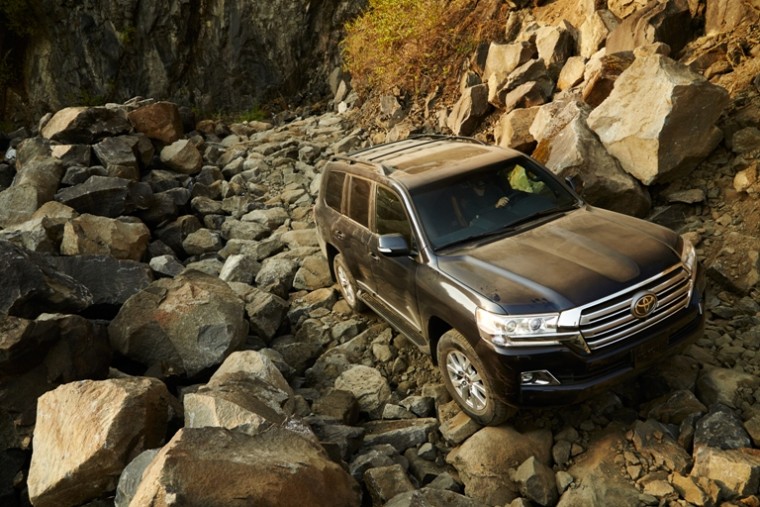