2016 Toyota Prius is Primed for Safety 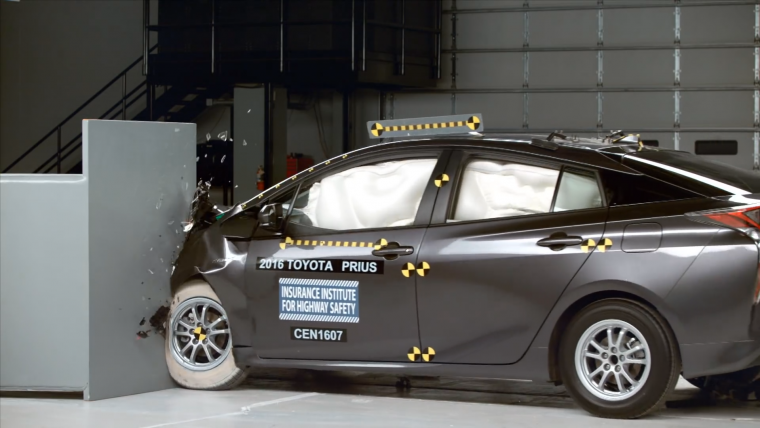 The IIHS gave the car its highest rating of “Good” in all crashworthiness evaluations, including front, side, roof, and head restraints. It also called the optional crash-avoidance system “Superior,” which means the 2016 Toyota Prius qualifies for the IIHS Top Safety Pick+ award. If that wasn’t good enough, the Institute even went so far as to call the model the safest Prius it had ever tested.

The NHTSA also gave it good scores, though they weren’t quite as perfect as those granted by the IIHS. The Prius and Prius Prime did received a five-star overall safety rating, but frontal and rollover ratings were four stars.

Toyota made a bigger investment into safety after the 2015 Prius’s IIHS front crash rating dropped to “Acceptable” last year and the 2014 model only received a four-star overall safety rating from the NHTSA, despite the car being unchanged. Both organizations have been increasing the standards of their crash tests, forcing automakers to keep improving and innovating to maintain the highest possible scores.

Toyota is one of the few actually succeeding, however. While the Prius fared well, the same can’t be said of the Ford Mustang, Chevrolet Camaro, and Dodge Challenger, all of which failed to get top safety ratings from the IIHS—a bit odd, since you’d expect the people driving these cars to engage in riskier driving.

But if you just intend to cruise down the lane sipping fuel, the Prius will do just fine.