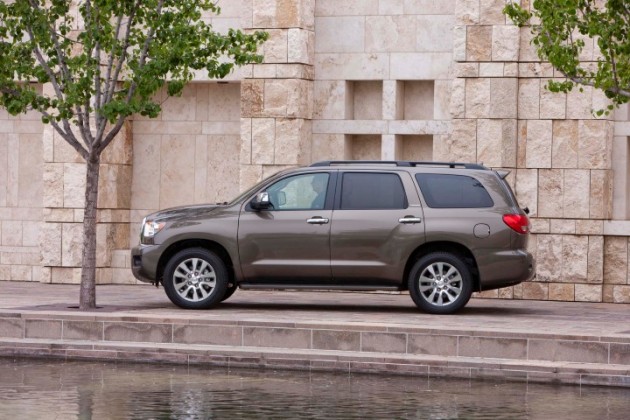 While more and more drivers are turning to crossovers for their utility and efficiency, there are still plenty of consumers looking for a true truck-based SUV. For Toyota fans, this means the 2016 Sequoia. Space is never an issue with this vehicle thanks to its three rows of seating and whopping 120.1 cubic feet of cargo space. While some drivers might be put off by the Sequoia’s low efficiency numbers, today’s low gas prices mean the vehicle still has plenty of fans. 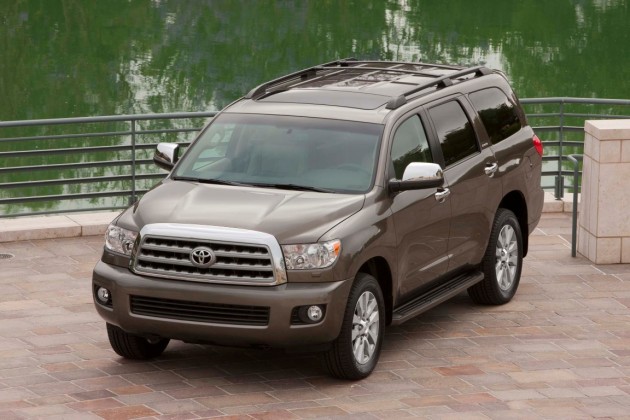 Boasting a powerful stance and clean, attractive lines, the 2016 Sequoia isn’t your ordinary bulky SUV. Sure, it’s big, but you’ll never confuse it with the other type of people-moving vehicle—the minivan. Instead, the Sequoia is sporty, with roof rails, a high stance, fog lights, a power moonroof, and a chrome grille surround. 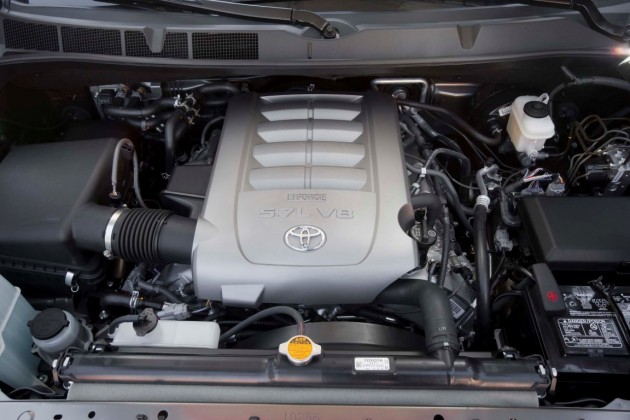 The 2016 Toyota Sequoia is designed to go the extra mile. It’s powered by a meaty 5.7-liter V8, which produces 381 horsepower and 401 lb-ft of torque. This torque rating allows the Sequoia to pull up to 7,400 pounds when equipped with the available Tow Package. Additionally, trailer sway control helps keep you maintain control while towing, and the TOW/HAUL mode helps manage the transmission when pulling heavy items on hilly terrain. 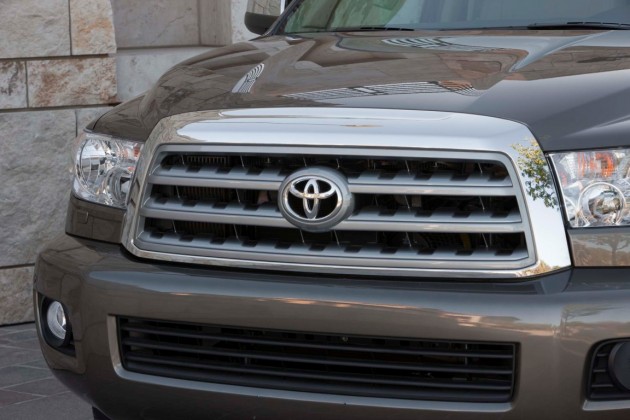 The 2016 Sequoia might be powerful when it comes to towing, but that power has a major impact on its fuel efficiency. The SUV is rated with a meager 13 mpg in the city, 17 mpg on the highway, and 15 mpg combined. Those ratings are especially poor when compared to the competition. However, the Sequoia’s ability to tow up to 7,400 pounds knocks the competition out of the park, so it’s wise to determine whether it’s more important for you to have the hauling power, or the fuel efficiency in your next SUV. 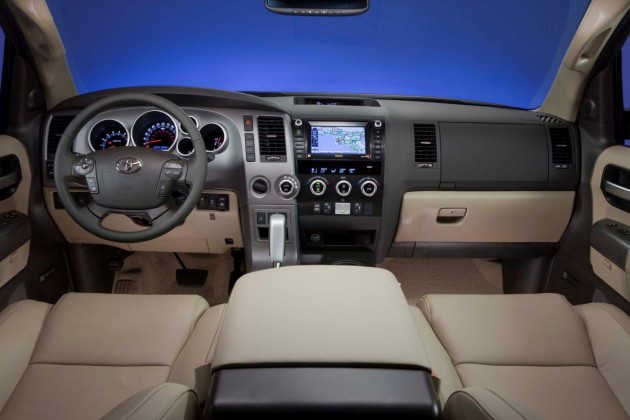 With seating for up to eight and enough cargo space to move your kids to college and back in one trip, the Sequoia’s interior gains points where its efficiency is lacking. The ultimate comfort is found in the Platinum model, which boasts heated and ventilated leather seats. All models offer second-row climate controls, Entune infotainment, Bluetooth to keep you connected on the roads. Upgrades include a premium JBL audio system, which offers 14 speakers plus sub-woofer. 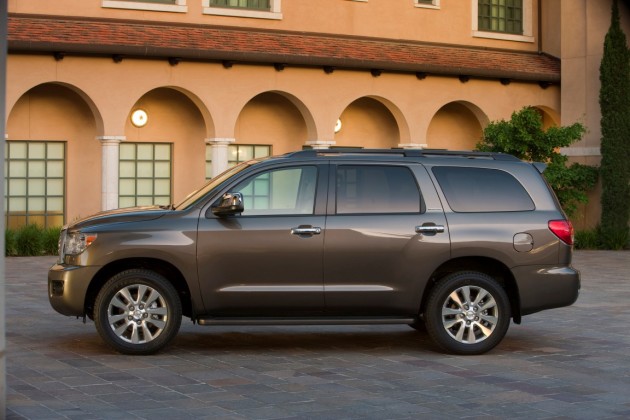 While the Sequoia’s sheer size alone give it the advantage in a collision, the SUV is also packed with plenty of safety features to increase your chances of escaping an accident with little to no injuries. The 2016 Sequoia comes with safety options like a blind spot monitor, lane change assist, and front and rear parking assist.