The Toyota Sienna is the ultimate family vehicle—just ask Busta Rhymes and Mark Wahlberg. With the Sienna, Toyota wants to get rid of the negativity associated with the word “minivan” and concentrate on the car’s many uses—from hauling your family around to helping your kid move to college. The 2016 model offers plenty of high-tech features across a range of models in various price ranges, which means it’ll suit a wide range of families. 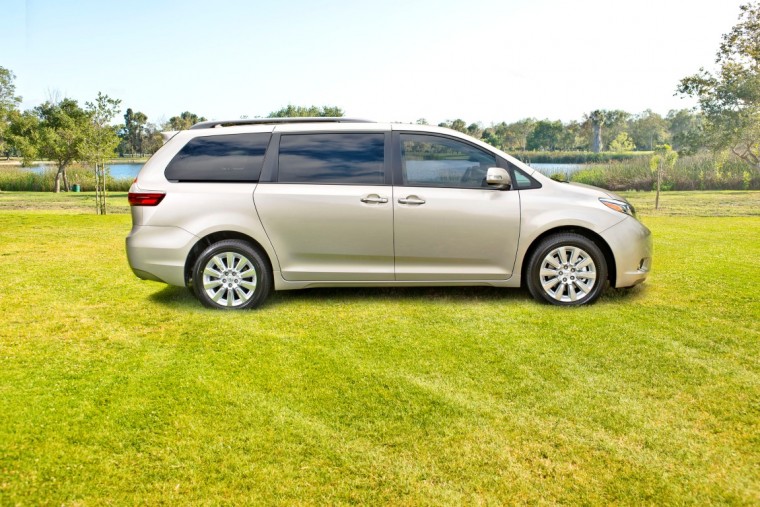 The Toyota Sienna carries over into the 2016 model year relatively unchanged from 2015. This includes the return of the popular Sienna Outdoor Package, which offers roof rack crossbars, all-weather floor mats, mud guards, and door sill protectors. 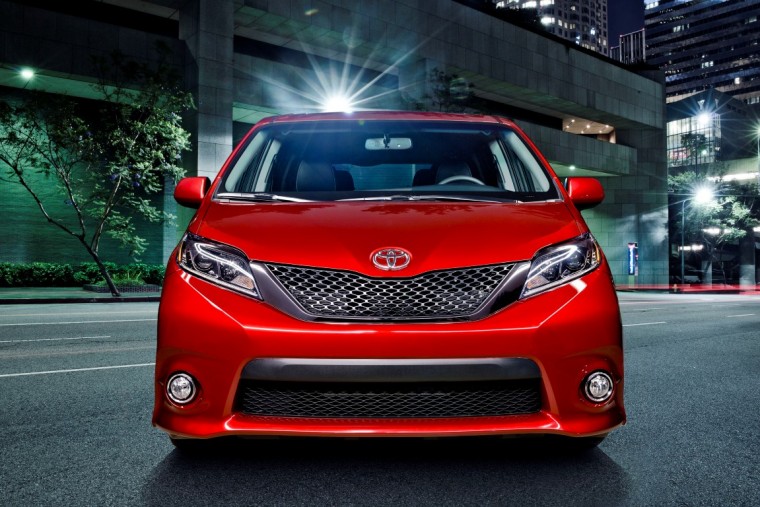 Like all minivans, the 2016 Sienna was designed for practicality rather than style, but the Sienna is definitely one of the best-looking van options out there. Its low, upward-tapering grille is unmistakably Toyota, bringing to mind the design of less family-oriented vehicles.  The SE and Limited trim levels come with LED headlights and daytime running lights. The Sienna SE is one of the sportiest minivans out there, meaning you don’t have to resign yourself to a life of blah vehicles just because you’re a parent. 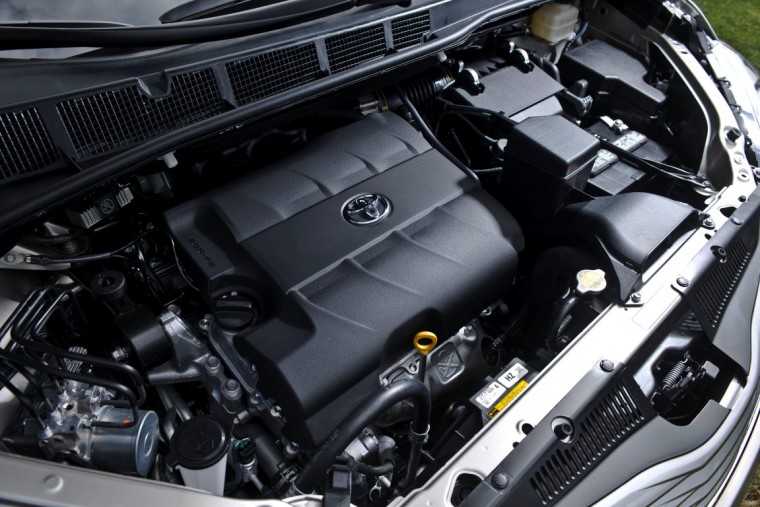 In previous years, Toyota has offered the Sienna with a choice between a four-cylinder engine and a V6. Now, though, the automaker has dropped the four-cylinder option, so the Sienna is available with the 3.5-liter V6 only. This engine is married to a six-speed automatic transmission, and is capable of producing a not-too-shabby 266 horsepower. 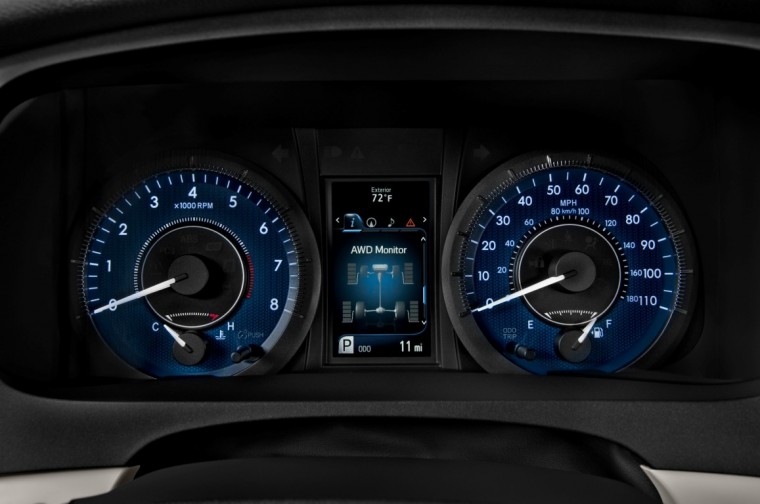 Efficiency ratings for the 2016 Toyota Sienna depend on whether you choose your minivan with FWD or AWD. With FWD, the Sienna yields 18 mpg in the city and 25 mpg on the highway for a combined rating of 21 mpg. If you choose AWD, those numbers drop slightly to 16 mpg city, 23 mpg highway, and 19 mpg combined. 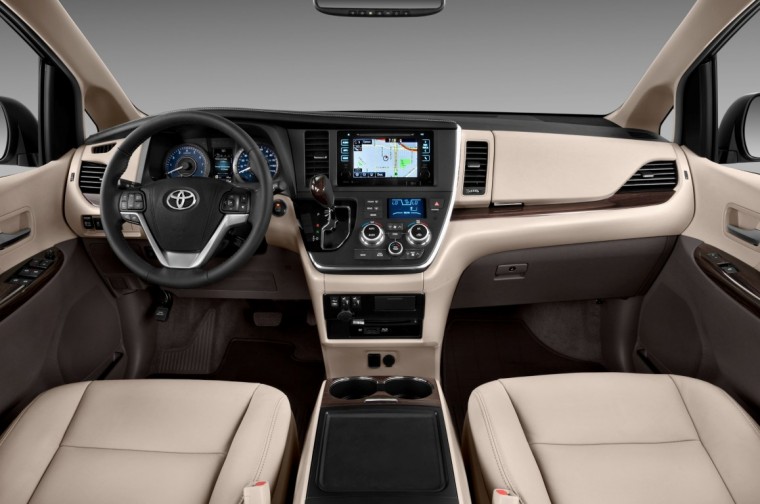 Inside, the 2016 Toyota Sienna is exactly what you would expect: spacious and practical. You can choose between a bench seat or two captain’s chairs for the second row, while the third row boasts a bench seat; this means the Sienna can seat up to eight passengers. The Sienna’s wraparound dashboard means that the controls stay close to the driver, making it easier and safer to control things like the temperature and the infotainment system.

The Sienna also comes with an available dual moonroof, making the minivan seem even more spacious. Available leather seats and dual-view Blu-ray player are designed to keep passengers comfortable and entertained on longer road trips—a must-have for any family. Finally, features like the Smart Key System and power liftgate make it easier to get in and out of the Sienna when you have your hands full. 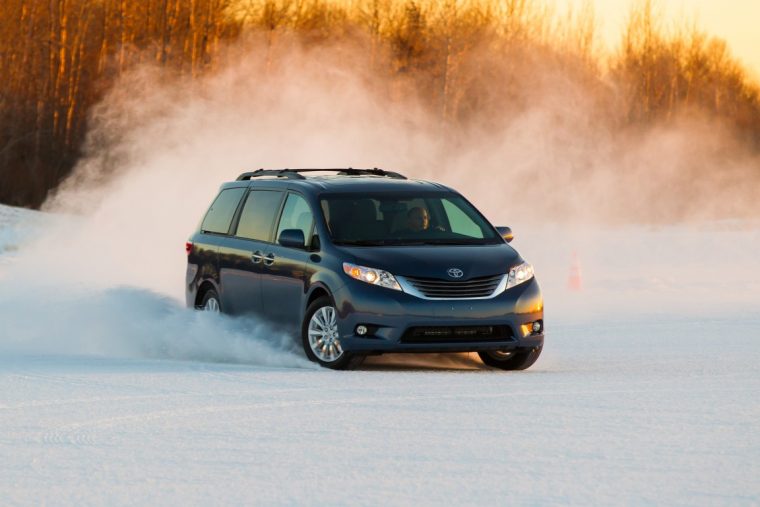 With a vehicle this size, safety is a given. The 2016 Sienna is equipped with multiple airbags, plenty of LATCH anchors for child car seats, and child-protector door locks. The Toyota Sienna was recently named a Top Safety Pick+ by the Insurance Institute for Highway Safety (IIHS), and was awarded five out of five stars for safety by the National Highway Traffic Safety Administration (NHTSA).

More Celebrity Rides: Learn about these 5 celebrities who surprisingly own Jeep Wranglers