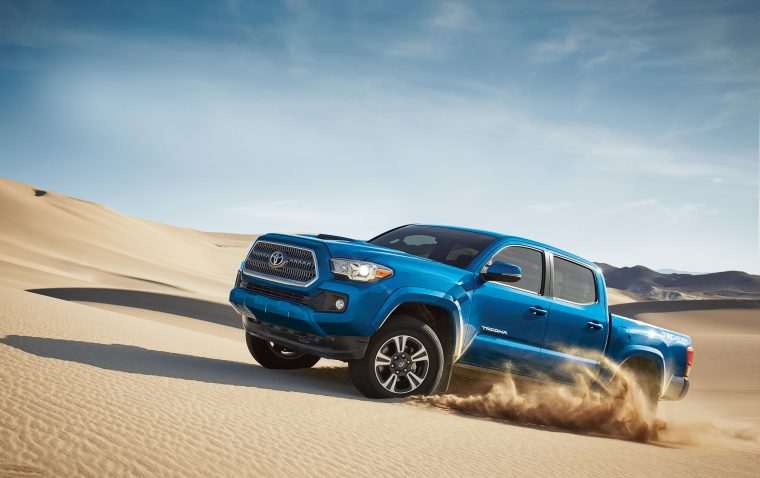 Whether it’s sand or snow, the 2016 Toyota Tacoma is always up to the challenge.

The 2016 Toyota Tacoma has been named the Best All-Weather Midsize Truck by the New England Motor Press Association (NEMPA) prior to the organization’s annual MIT Technology Conference on May 26.

The NEMPA panelists tested the Tacoma against the Chevrolet Colorado, GMC Canyon, and Nissan Frontier near its headquarters back in February, when winter was still in full force, to determine the vehicles that could best tackle the kind of conditions that only New Englanders have to face.

The Tacoma Isn’t Alone: Check out these other Toyota awards!

“You can read opinions from writers and commentators all over the country, but you have to live in New England to really evaluate what makes a vehicle work in the winter,” said Craig Fitzgerald, NEMPA president. “There aren’t many places in the country that have the mix of elevation, coastline, snowfall, ice, rural roads and jam-packed cities the way New England does.”

The 2016 Toyota Tacoma was capable in all of its configurations, though as expected the Tacoma equipped with the TDR Off-Road package proved the best of the lot, thanks to its advanced four-wheel-drive system and all-terrain, Kevlar-lined Goodyear tires.

Don’t Need a Pickup? These are some of the best hiking trails in New England

This adds to the Tacoma’s already lengthy list of honors and accolades, which include KBB.com’s Best Resale Value award, TAWA’s Mid-Size Pickup Truck of Texas award, and even recognition for being the most ticketed truck in the nation. That last one might not seem like a good thing, but hey—when you’re the best-selling mid-size truck in America and look that good, it’s hard to go by unnoticed.