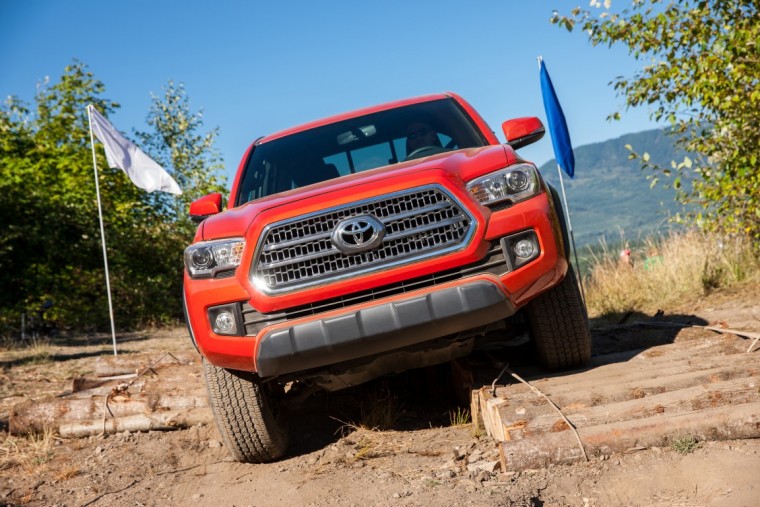 Following its official debut at the 2015 North American International Auto Show in Detroit, the 2016 Toyota Tacoma is finally ready to rock the road. The truck comes with a redesigned body and a larger front grille that makes it stand out among its competitors.

The 2016 Tacoma offers five separate trim levels: SR, SR5, TRD Sport, TRD Off-Road, and Limited. Each model allows you to choose between Access Cab and Double Cab, except the Limited, which comes with standard Double Cab configuration. Depending on the model, you can also choose from a Short Bed, Standard Bed, and Long Bed.

Safety News: Why automatic braking will become standard sooner than you think 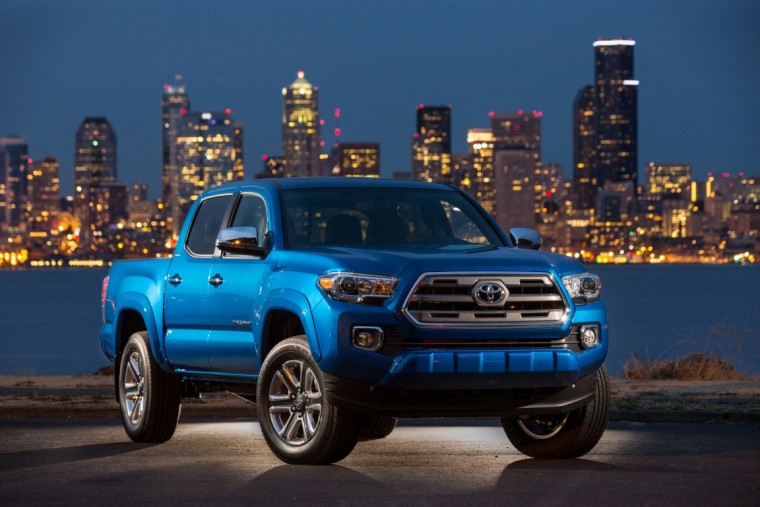 EVERYTHING! The 2016 Tacoma marks the beginning of the mid-size truck’s third generation. It’s been rebuilt to be lighter and more rigid, making it competitive in the reemerging mid-size truck market. New suspensions, rear differential, and rear axle work together for a smoother ride on-road, while remaining extremely capable off-road.

The Tacoma’s interior has also been upgraded, and now includes a standard GoPro camera mount for the more adventurous truck driver. 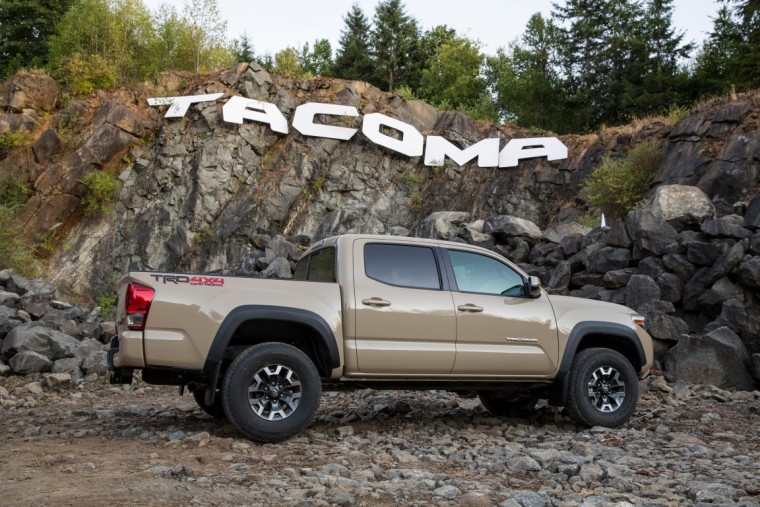 New exterior features for the 2016 Tacoma include a larger and more prominent grille, projector beam headlamps, a locking tailgate, and an infused spoiler. The latter feature, along with the new character lines and front air dam work together to make the Tacoma more efficient, while retaining its aggressive new looks. 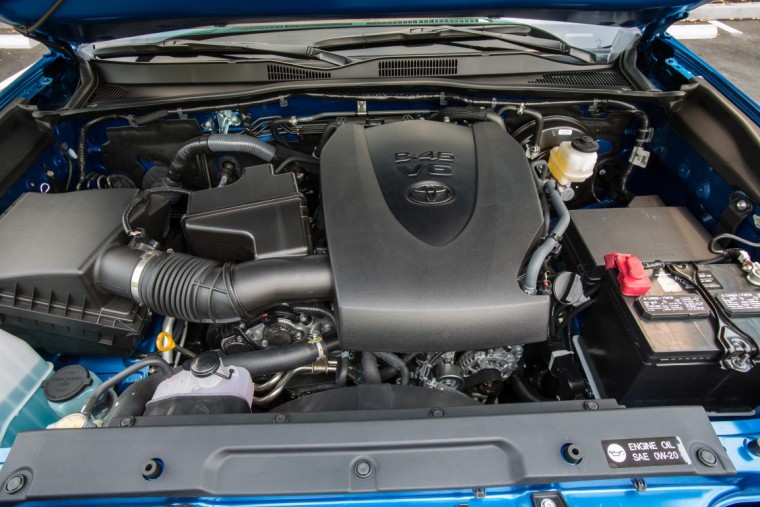 Tacoma drivers can choose from one of two new transmissions—a six-speed automatic and a six-speed manual (the latter is not available on the SR5 or Limited models).

When equipped with the 3.5-liter V6 engine and the available Tow Package, the Tacoma can tow up to 6,800 pounds, or a payload of up to 1,440 pounds, which is comparable to other mid-size trucks. The Tow Package also includes Trailer-Sway Control, which applies brake pressure at individual wheels and manages engine torque to prevent the trailer from swaying during high wind. 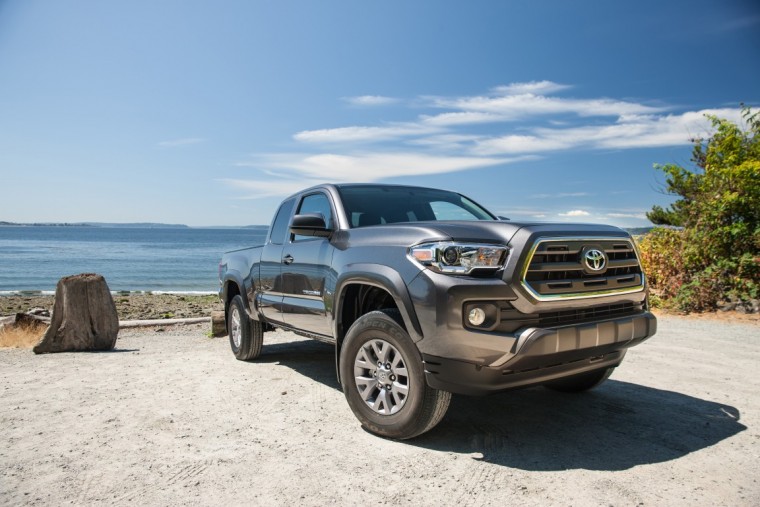 Two-wheel-drive Tacoma models equipped with the 2.7-liter four-cylinder engine and the automatic transmission come with an EPA-estimated 19 mpg in the city, 23 mpg on the highway, and 21 mpg combined. That same engine/transmission paired with four-wheel drive gets 19/22/20 mpg city/highway combined. Change that to a manual transmission and the highway rating drops to 21 mpg.

Finally, the Tacoma Double Cab with the V6 and manual transmission get 17/20/18 mpg city/highway/combined. 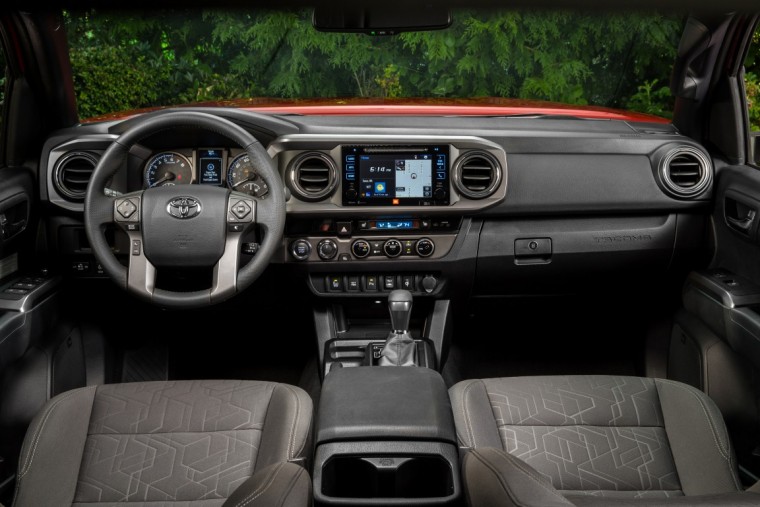 The 2016 Tacoma’s interior features soft-touch materials for the ultimate in comfort. Cloth seats are standard, but the Limited trim offers leather seats for added luxury. The Tacoma’s interior is quieter than ever, thanks to an improved cab-to-bed seal, a new front chin spoiler, and improved aerodynamic performance.

Available dual-zone automatic climate control makes it easier for driver and passenger to keep their sides of the vehicle at optimum temperature. And even on cold days, the available power moonroof allows you to enjoy clear skies without the chill of actually being outside. 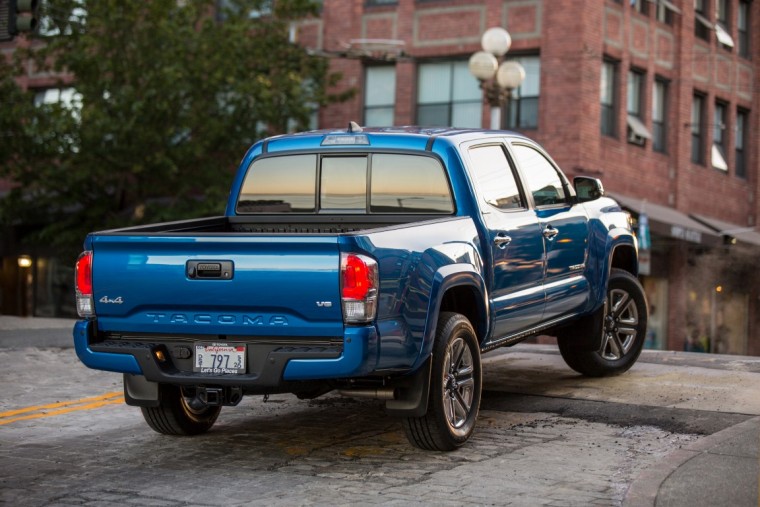 A new door structure makes the interior of the 2016 Tacoma safer than ever before. The truck comes with the usual safety features, but also offers available extras like rear parking sonar, a blind spot monitor, and a rear cross-traffic alert system.

Keep Your Tacoma Clean: Follow these car-cleaning tips for a spotless truck