The Toyota Yaris is a popular subcompact car offered as a hatchback with either three or five doors. Its small exterior hides a larger than expected interior, and its hatchback configuration allows you to move more cargo than in the average sedan. 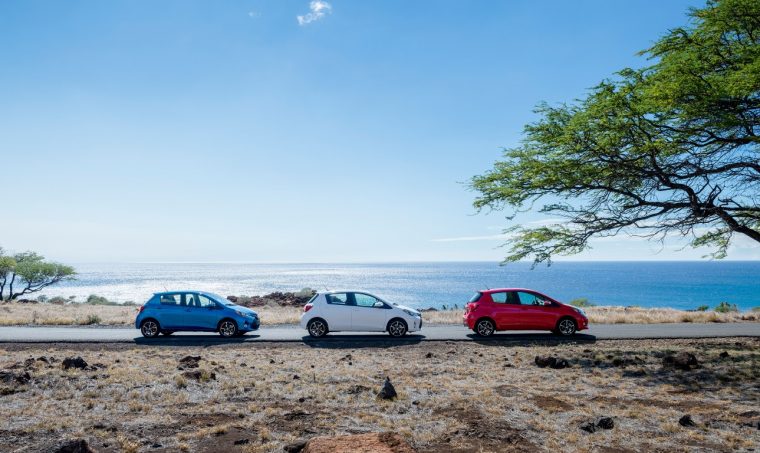 The 2016 Toyota Yaris remained unchanged from the previous model year. It’s available in three trim levels—L, LE, and SE—with the first two available with three or five doors, and the latter available in five-door configuration only. 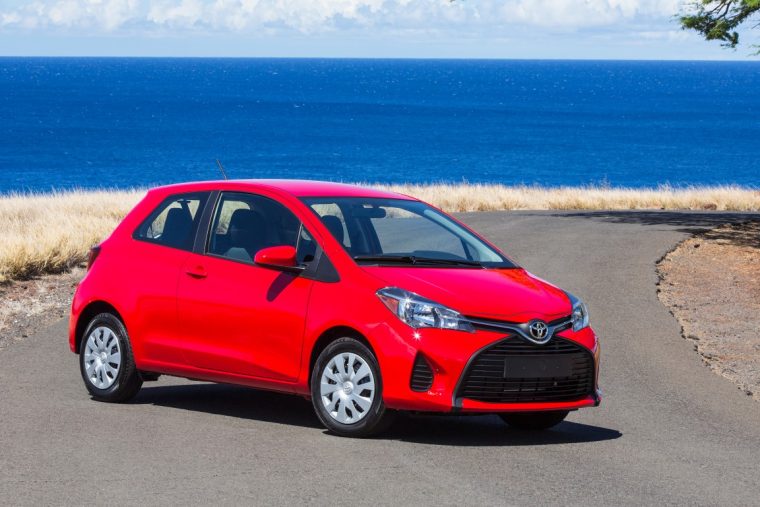 Outside, the 2016 Toyota Yaris boasts sporty styling typical of today’s subcompact hatchbacks. In 2015, Toyota introduced new hood sculpting, a large Toyota emblem surrounded by brightwork, and a trapezoidal grille reminiscent of that on other Toyota models. The 2016 version has all this, plus the one windshield wiper that had us scratching our heads last year (it works, though)! 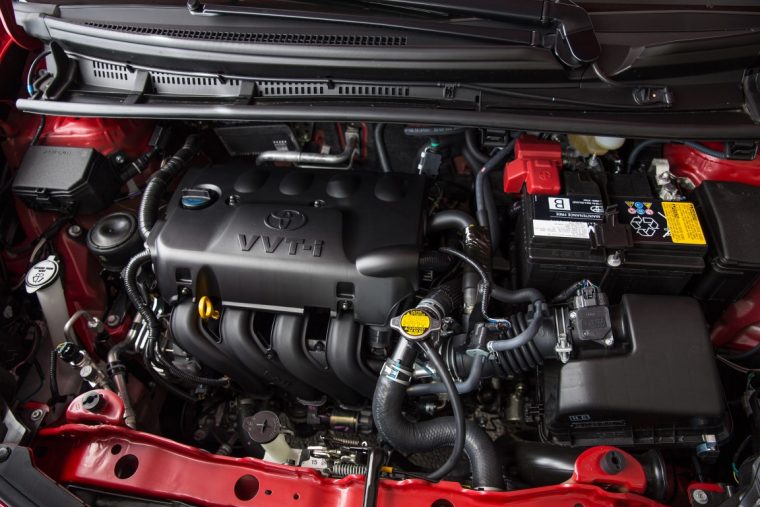 All five 2016 Yaris models house the same 1.5-liter four-cylinder engine under their hoods. This engine pumps out 106 horsepower and 103 lb-ft of torque—not all that impressive sounding, but given the hatchback’s small size and light weight, it’s more than enough power to get you up to speed on the interstate. This engine is mated to either a five-speed manual or a four-speed automatic transmission. The 2016 Yaris is available with front-wheel drive only. 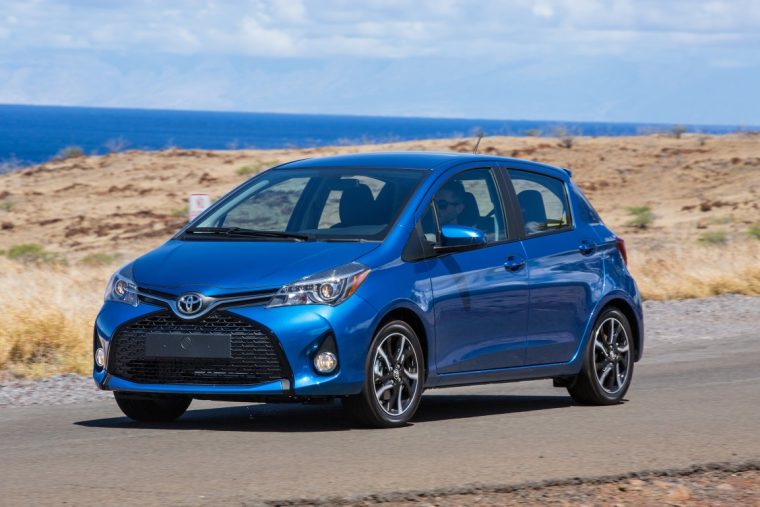 What the Yaris’ small engine lacks in power ratings, it makes up in fuel efficiency. When powered by the five-speed manual transmission, the Yaris yields 30 mpg in the city, 37 mpg on the highway, and 33 mpg combined. Choosing the four-speed automatic transmission lowers those ratings to 30/36/32 mpg city/highway/combined—still impressive by anyone’s standards. 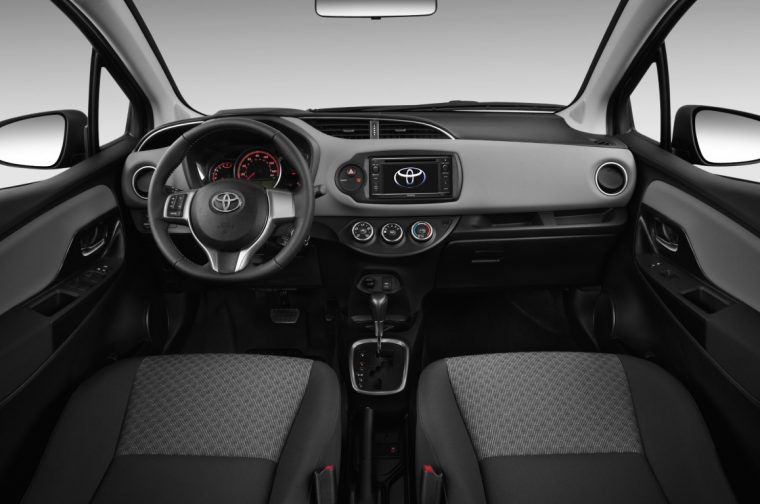 Despite the Yaris’ small size, it still boasts 15.6 cubic feet of cargo space in its trunk—and that number goes up when you lower the rear 60/40 split seat. Additionally, the 2016 Yaris offers plenty of storage compartments, including door pockets, a center console storage compartment, and a passenger-size glove compartment.

All Yaris models are equipped with the same Entune Audio infotainment system, which includes Bluetooth for hands-free calling and music streaming. 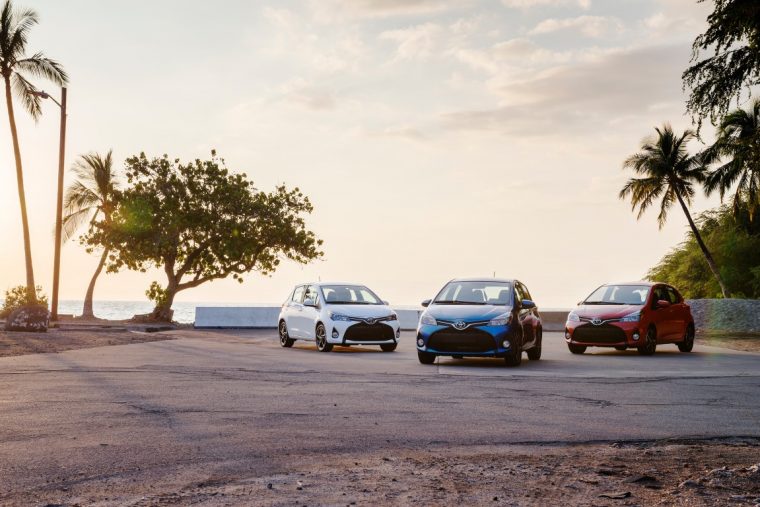 In the past, small cars got a bad rap for being unsafe, but the 2016 Yaris knocks that stereotype out of the park. Each model comes with nine airbags, Toyota’s Star Safety System, and ToyotaCare maintenance plan. The Yaris also comes with LATCH tethers for child safety seats in both rear outboard seating positions.