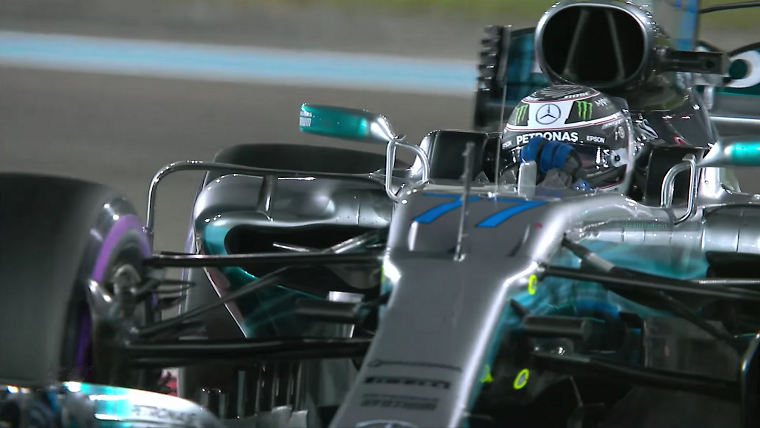 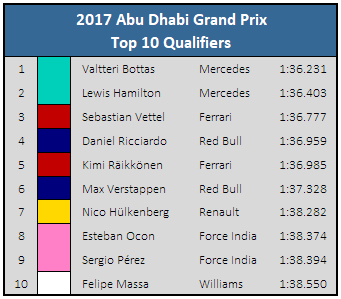 Valtteri Bottas narrowly took pole position two weeks ago at the 2017 Brazilian Grand Prix but lost the lead by the first corner to Sebastian Vettel. Now he’ll be trying his luck against Lewis Hamilton on the front row of the grid of the Abu Dhabi Grand Prix after scoring his second consecutive pole, and this time by a larger margin.

It marked the first time a driver other than Hamilton or Nico Rosberg managed to qualify first on the grid twice in a row since Formula One’s hybrid powertrain era began in 2014, which speaks to the strength of the Mercedes car. Ferrari was nowhere close today and even Kimi Räikkönen was outqualified by Red Bull’s Daniel Ricciardo.

Vehicle Spotlight: The award-winning 2018 Honda Accord

Behind them and Max Verstappen, Nico Hülkenberg did well to beat both Force India drivers. His new teammate Carlos Sainz Jr is not too far behind in 12th, which puts both in a good position to overtake Toro Rosso in the constructors’ championship. They only need four points. However, Sainz is sandwiched on the grid by the McLaren Hondas of Fernando Alonso and Stoffel Vandoorne, both of whom are sure to give him a hard time.

There is a chance Bottas can take the second spot behind Hamilton in the drivers’ championship tomorrow, but to pull it off he’ll have to win the race and Vettel will need to score no more than three points. It’s not likely to happen, but we’ve seen less likely things take place already this season. It would be a real blow to Vettel and Ferrari should he finish third in the championship after having been in the overall lead for the whole first half of the year.

Fuel Saving: Tips for saving at the pump