The 2017 Acura TLX is a mid-size luxury sedan that carries a starting MSRP of $31,900. With that affordable price tag, a quiet interior, and excellent handling capabilities, the new Acura TLX offers consumers the chance to own a luxury model, but at a significantly lower price than many of its European rivals. In addition, the ’17 Acura TLX offers many of the latest safety technologies available on the auto market, as well as a super handling all-wheel drive system. Competition for the Acura TLX includes the Audi A4, Mercedes-Benz C-Class, and Lincoln MKZ. 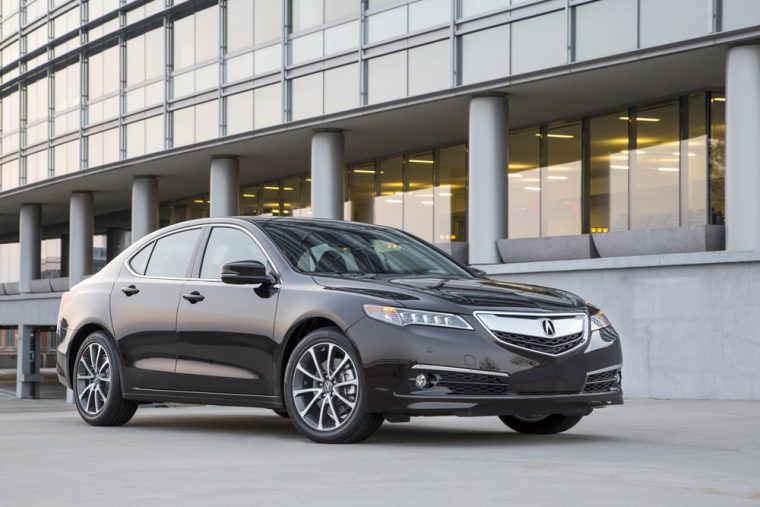 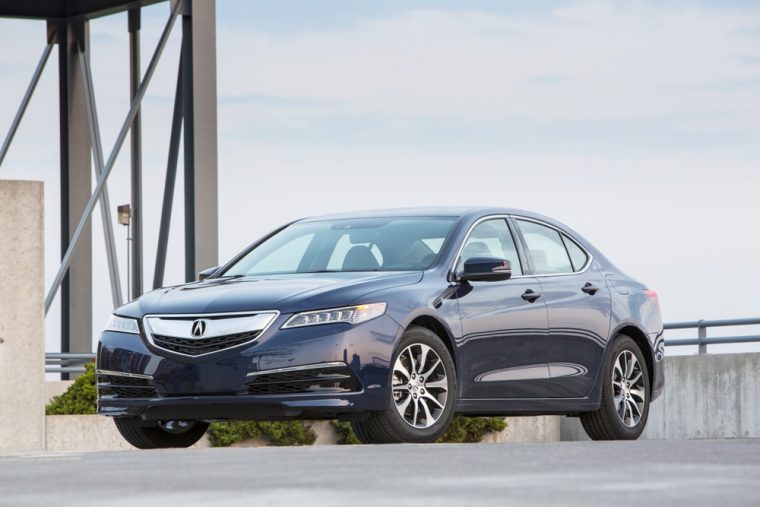 The Acura TLX uses the same platform as the Honda Accord, but it features a wider and longer body, which gives it a sportier appearance. Consumers should also enjoy the Jewel Eye LED headlights featured on the front of the vehicle, while uniquely designed 17-inch alloy wheels also come standard with the ’17 TLX sedan. Furthermore, consumers with big enough bank accounts can opt for the available Advanced package, which provides LED fog lights and auto-dimming side mirrors. Exterior color options for the 2017 Acura TLX include Fathom Blue Pearl, San Marino Red, and Crystal Black Pearl. 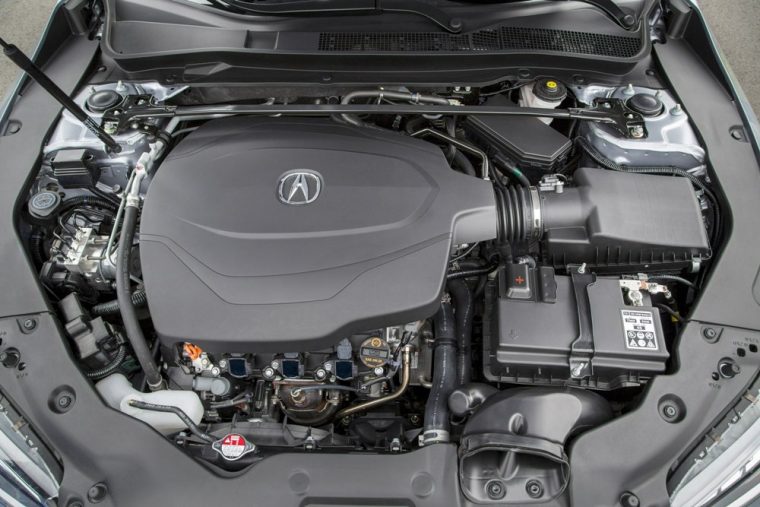 Taking the step up from the Honda Accord to the Acura TLX means you’ll get more powerful engine options for your four-door sedan. The ’17 TLX comes standard with a 2.4-liter four-cylinder engine and eight-speed dual clutch transmission, which work together to pump out 206 horsepower and 182 lb-ft of torque. For a sportier ride, consumers can select a 3.5-liter V6 that’s rated at 290 horsepower and 267 lb-ft of torque. The V6 motor only comes matched with a nine-speed automatic transmission. Also, buyers have the choice between standard all-wheel drive or they can go with Acura’s advanced super handling all-wheel drive system. 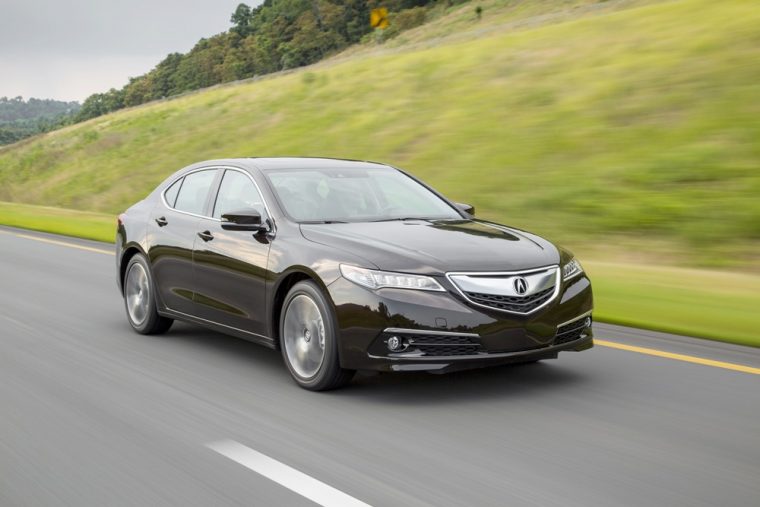 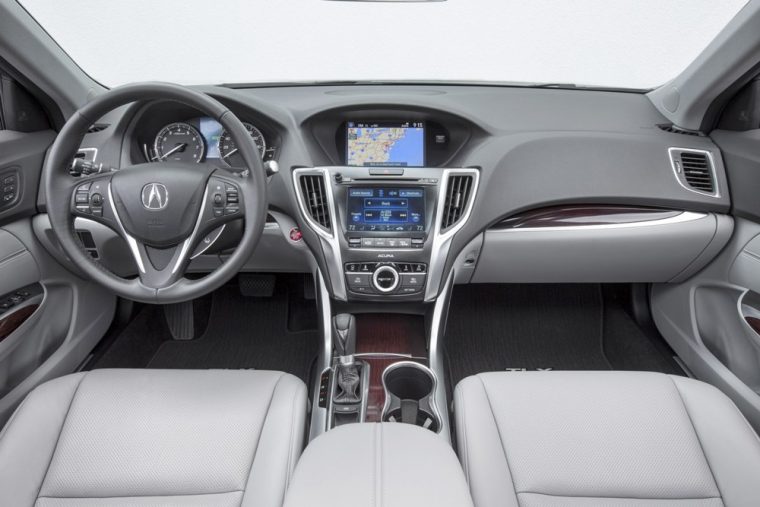 The 2017 Acura TLX offers a high quality interior that’s complete with many soft touch surfaces and the cabin is also said to be very quiet while traveling down the highway. In addition, drivers of the new TLX should enjoy the heated front seats, rearview camera, and dual-zone climate control, which all come standard. Also standard are two screens located in the center of the dashboard, one of which is an 8-inch display screen and the other a 7-inch touchscreen, which provide access to music and smartphone apps, among other features. Furthermore, passengers in the rear seats will also enjoy copious amounts of legroom, while the trunk provides more than 13 cubic feet of cargo space. 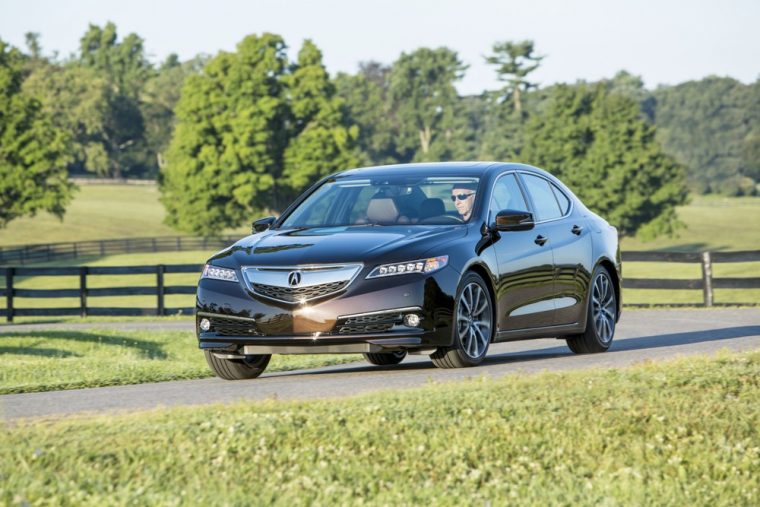 While the Acura TLX earned the best possible safety rating of five stars from the NHTSA, in crash tests performed by the IIHS, the TLX only received a “Marginal” rating in the small-overlap front crash test. The new TLX comes standard with safety features like stability and traction control, multiple airbags, and antilock brakes. Acura also offers a Technology package with the TLX that adds advanced safety equipment such as blind-spot monitoring, forward collision alert, lane departure warning, and rear cross-traffic alert. For additional safety features, the Advance package is available at an additional charge. This package includes LED fog lights, adaptive cruise control, and a forward collision mitigation system with autonomous braking, as well as rear and front parking sensors.