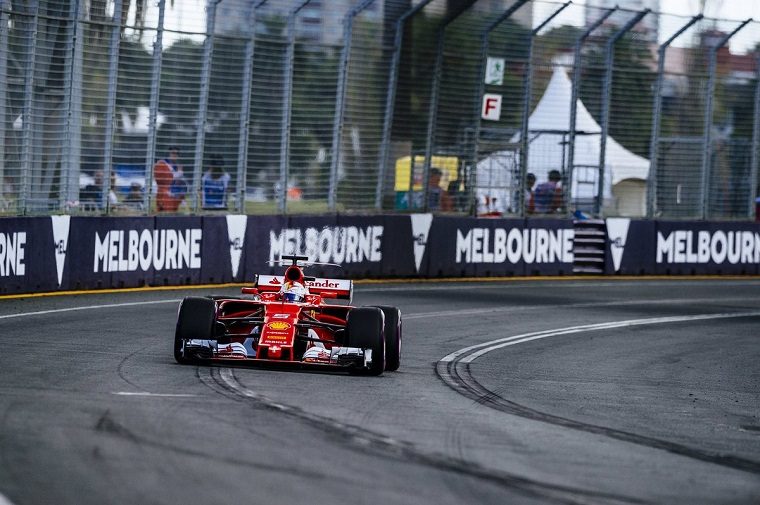 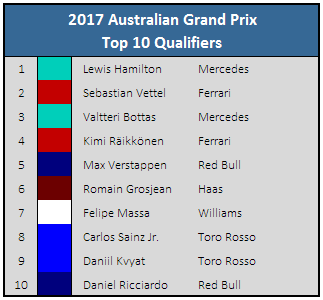 For the last three years in Formula 1, Mercedes has won everything there is to win while setting numerous records along the way. Never before in the history of the sport has a single team been so dominant for so long—but the new 2017 regulations were supposed to shake things up and, with a little luck, dethrone the king.

Finally, after two weeks of pre-season testing and several months of drama and speculation, the cars were back at it again at the iconic Albert Park street circuit in Melbourne, Australia. And boy are the cars fast: the cornering speeds are blistering and the drivers are enduring higher g forces than ever.

But even as Lewis Hamilton took pole, putting Mercedes back on top yet again, the competition’s prospects didn’t seem as grim as they had during Albert Park qualifying every year since 2014—because this time, instead of suddenly pulling a second out of nowhere to smash the rivalry, Hamilton was a mere three tenths ahead of Ferrari’s Sebastian Vettel, who would have been even closer had it not been for a mistake, and who still managed to beat Valtteri Bottas—Merc’s new driver for 2017 after the defending world champion retired last year.

In other words, for the first time in three years, the Mercedes car doesn’t look like the outright fastest car on the grid anymore. Ladies and gentlemen—we’ve may have ourselves a proper championship ahead of us.

Though one wonders what happened to Red Bull over the winter. Many were expecting them to also bring the fight to Mercedes yet the team seems to have regressed compared to last year. And to make matters worse, local boy Daniel Ricciardo crashed out of the final qualifying session to the disappointment of the Aussie crowd.

Anyway—the first race of the season kicks off at 4 p.m. local time…which is to say at 1am in the United States if you want to catch it live. I should normally be asleep by then, but I don’t think the excitement will let me.