Perfect Weekend for Mercedes as Disaster Strikes for Ferrari 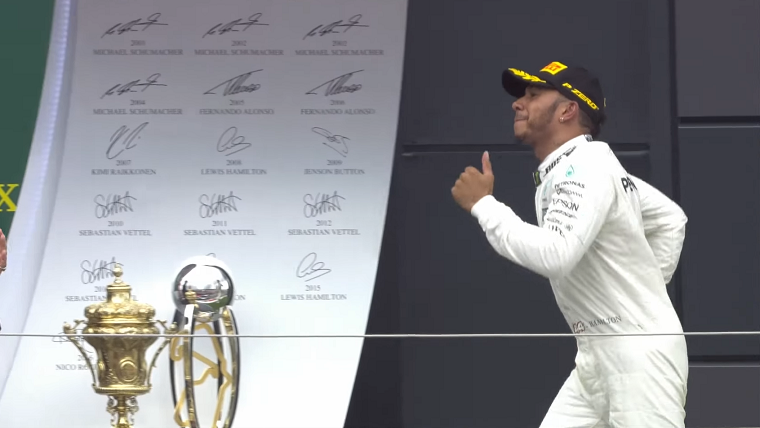 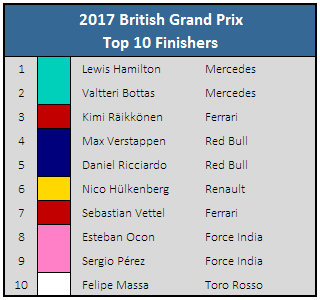 After the backlash Lewis Hamilton received for not attending F1 Live London and the five-place grid penalty Valtteri Bottas received for needing a new gearbox, Mercedes and its two drivers needed the perfect weekend—and they got it.

Hamilton was utterly dominant, as he has been so many times in front of his home crowd at the British Grand Prix in Silverstone. He took pole position on Saturday and won the race on Sunday while leading all 51 laps and setting the fastest lap of the day, adding yet another rare Grand Chelem to his collection.

The only thing his Formula One championship rival Sebastian Vettel could do was hope to finish second to minimize the damage to his seemingly comfortable 20-point lead. Lady Luck deemed otherwise. Teammate Kimi Räikkönen was unusually quick and proved to be the worthier Ferrari driver that day.

Third place, then? That proved to be a tough ask as well, as Vettel had a bad start and lost time behind Red Bull’s feisty Max Verstappen. He eventually got ahead again through pit strategy, but couldn’t keep the charging Bottas at bay, who blasted past on the back straight with fresher tires and that magical dose of extra power the Mercedes engine can seemingly always tap into when it needs.

Sharing a Ride? Make sure to check out these carpooling tips

Fourth place, then, seemed the best Vettel could manage—until Räikkönen’s tire ruptured and the Finn needed to drop into the pits for a fresh set of rubber, dropping him down to fourth and giving Vettel the last spot on the podium and Mercedes the 1-2. That was good for Vettel’s championship and bad for Ferrari’s…and then both went to worse when Vettel’s tire also tore itself apart, except more violently and further from the pits than Räikkönen had been, causing him to drop to seventh after his own emergency pit stop.

Now Vettel sits a mere point ahead of Hamilton in the championship standings at the halfway mark of the season and Ferrari has lost yet another big chunk of change to the Mercedes team. Meanwhile, Jolyon Palmer’s season keeps going from worse to worse with another reliability-caused retirement, all the while his teammate Nico Hülkenberg continues to rack up the points.

Ferrari really need to step up their game now, as Mercedes has been showing itself to be yet again the strongest team over the last few races. They’ll need all the upgrades and advantages they can concoct to keep the Silver Arrows from running away with the championship and help Vettel challenge Hamilton.

Brake Maintenance: Why it’s important, and how to do it 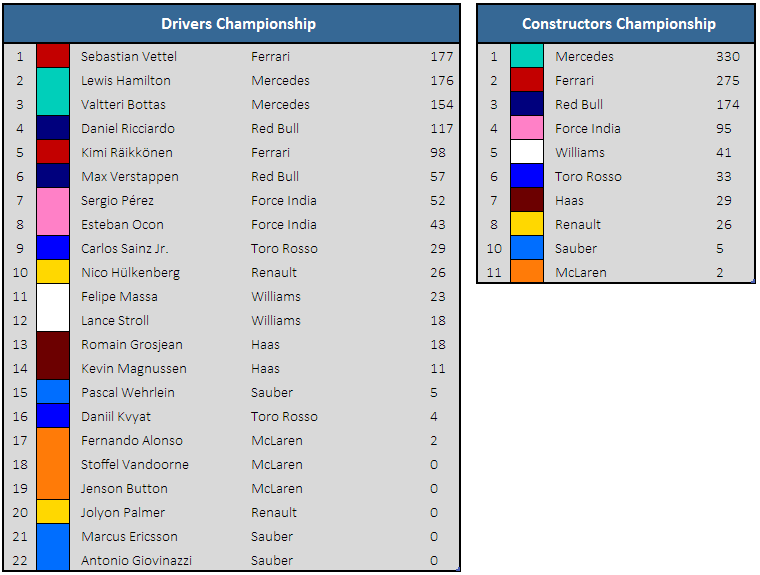