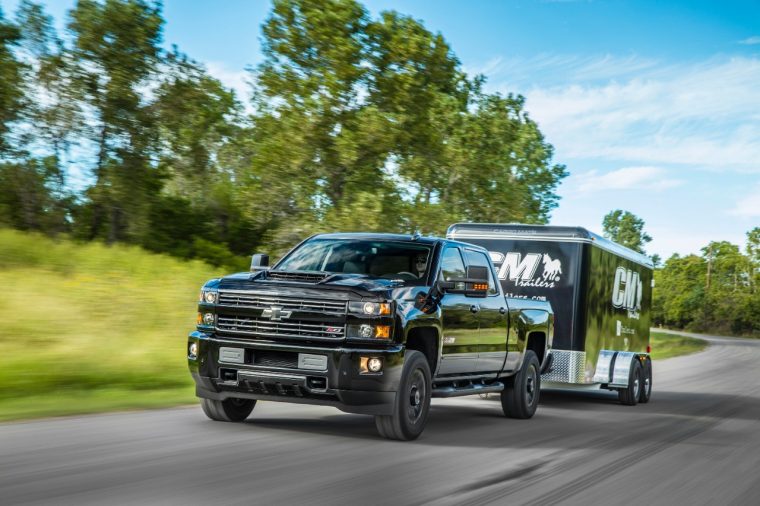 Today Chevy announced that the Silverado HD will include an available redesigned Duramax 6.6-liter V8 turbo-diesel engine for the 2017 model year.

This next-gen diesel engine manages the nifty trick of being both quieter and more powerful than the one it replaces. The motor yields an SAE-certified 445 horsepower (332 kW) and 910 lb.-ft. (1,234 Nm) of torque, which is good for a 19% increase in max torque over the current Duramax 6.6-liter. Chevy is also promising a smoother and quieter ride, claiming a 38% reduction in engine noise while the truck is idling.

“With nearly 2 million sold over the past 15 years, customers have forged a bond with the Duramax diesel based on trust and capability,” said Dan Nicholson, vice president of Global Propulsion Systems for Chevrolet. “The new Duramax takes those traits to higher levels.” 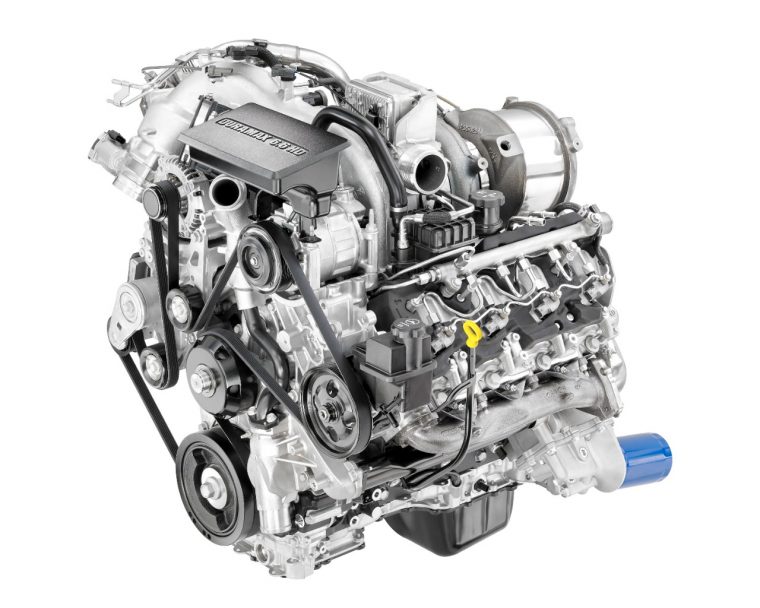 The new Duramax 6.6-liter has the same bore and stroke dimensions as the current iteration, but features an all-new, GM-developed control system. The Duramax’s low-rpm torque production remains unchanged, though, still offering 90% of peak torque at a low 1,550 rpm and sustaining it through 2,850 rpm.

“Nearly everything about the Duramax is new, designed to produce more torque at lower rpm and more confidence when trailering or hauling,” said chief engineer Gary Arvan. “You’ll also notice the refinement improvements the moment you start the engine, and appreciate them as you cruise quietly down the highway — with or without a trailer.”