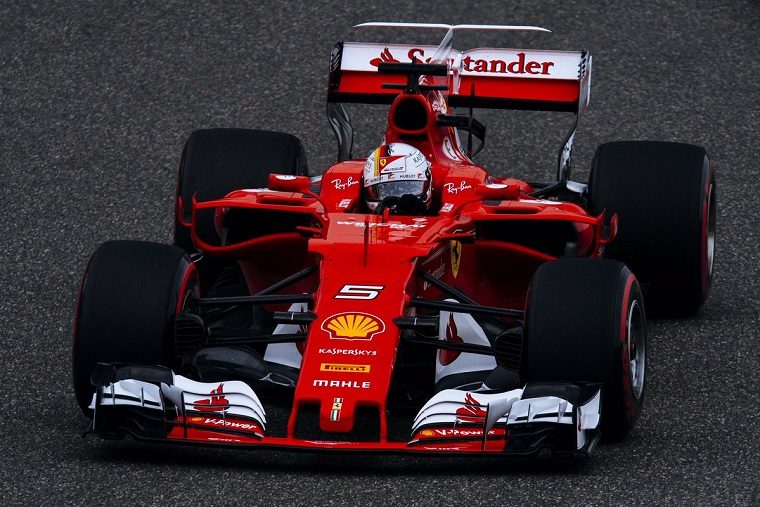 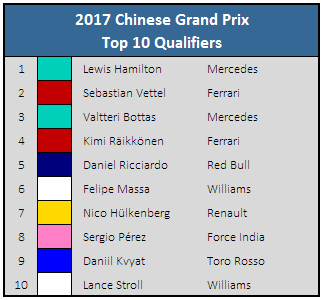 After Ferrari’s Sebastian Vettel missed out on pole at the season-opening Australian Grand Prix but went on to win the race, the big question today was whether Vettel could take pole away from Mercedes in China. Better yet, could Ferrari lock out the front row for the first time in Formula 1 since 2008?

Unfortunately for the boys in red, thanks to a monster lap courtesy of Lewis Hamilton, it didn’t come to pass. In fact, Ferrari almost failed to make it to the front row altogether, with Vettel just barely managing to out-qualify Mercedes’ Valtteri Bottas by one thousandth of a second—or about a 2.3-inch difference over the 3.4-mile circuit.

FAQ: Everything about buying used

Perhaps Ferrari shouldn’t feel too bad; after all, Mercedes has an incredible record in Shanghai. Even before 2014, when Mercedes became the ultra-dominant racing force that it is today, Shanghai was where it scored its first pole and first win. And before Hamilton nabbed pole position today, the team had already placed its car at the front of the grid for a record six consecutive times since 2012.

Just as in Australia, there’s every reason to believe Ferrari will give Mercedes a hard fight for the win tomorrow, especially as rain is on the forecast, which should throw an additional element of unpredictability into the mix.

Speaking of which, it was as unpredictable as ever further down the grid. Force India, Toro Rosso, and Renault all looked to be on an even playing field, though it was Sauber’s back-up driver Antonio Giovinazzi, standing in for Pascal Wehrlein, who really threw a wrench into many drivers’ laps by crashing at the last corner and forcing everyone else to slow down just as the session was ending. As a result, at least four drivers who could have qualified further up the grid were unable to set a good lap time and to make it to the next elimination round.