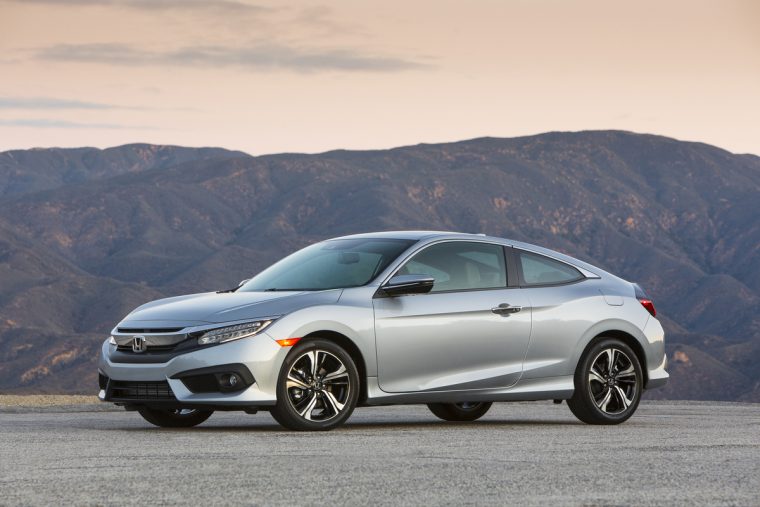 Honda today confirmed that a 6-speed manual transmission will be offered as standard equipment on the all-new, turbocharged 2017 Civic sedan and coupe, which are arriving in showrooms tomorrow. Honda hopes that the two models will retain their position as members of the best-selling compact car nameplate in America thanks to the expanded application of manual transmissions for the 2017 model year.

The Honda Civic sedan will carry a manufacturer’s suggested retail price of $18,740, while the coupe will have an MSRP of $19,150 when the vehicles go on sale at dealerships nationwide tomorrow. A 6-speed manual transmission will come standard on EX-T trims of both the sedan and coupe, which will be paired with a 1.5-liter direct-injected and turbocharged DOHC engine.

The new turbo motor produces a peak 174 horsepower and 167 lb-ft of torque—up 5 lb-ft compared to models equipped with Honda’s Continuously Variable Transmission (CVT). The CVT is optional equipment on turbocharged EX-T trims, but comes standard on EX-L and Touring models.

Thus far, the Honda Civic has been the best-selling compact car of 2016, with sales up 15.4% through August.

“This has been a tremendous year for Civic, starting with the Sedan and Coupe setting sales records and leading the compact segment,” said Jeff Conrad, Honda Division senior vice president and general manager. “For 2017, we’re thrilled to boost the Civic lineup by pairing the manual transmission with the 1.5-liter turbocharged engine—something we know our customers are very excited about.”