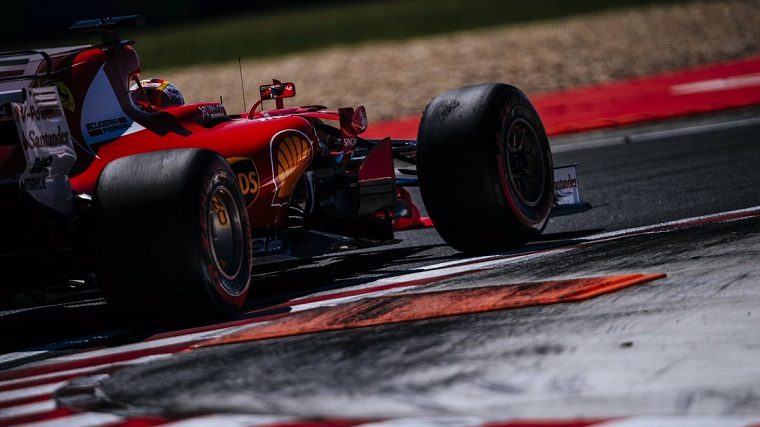 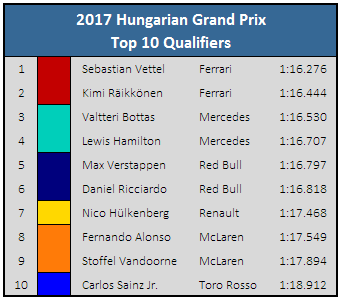 Mercedes showed the strongest pace advantage at the last three Grand Prix in England, Austria, and Azerbaijan, and so Ferrari and those wishing to see a two-way fight for the 2017 Formula One World Championship were understandably concerned that the Silver Arrows team had managed to win the development war.

The race weekend in Budapest, Hungary, thus proves crucial as a precursor for the rest of the season. If Ferrari fails to succeed over Mercedes at the Hungaroring, a circuit that should theoretically favor them, it will have become clear that the championship is Mercedes’ to lose. Fortunately for fans of the Scuderia, their team proved the championship fight was still truly alive by locking out the front row of the grid in qualifying for the third time this year.

As Sebastian Vettel set a new lap record around the Hungaroring, teammate Kimi Räikkönen settled into second just a slim margin ahead of third, though he’ll regret having missed out on pole himself after going fastest of all in the first sector.

Before You Buy a Car: Learn these common finance terms

As we’ve seen a few times throughout the 2017 season, the Mercedes drivers seemed to struggle with the balance of their car, which has proven difficult to setup in order to properly use the tires, unlike the Ferraris. When this occurs, Lewis Hamilton—otherwise a master of qualifying—tends to struggle to put in a clean lap. He failed to beat teammate Valtteri Bottas and was less than a tenth from being pipped by Red Bull’s Max Verstappen.

Red Bull would have wished to be even closer, though. Given the low engine-power demands of the Hungarian Grand Prix, the circuit should have theoretically allowed the supposedly excellent Adrian Newey-designed chassis to shine—instead it was McLaren that impressed, no longer truly held back by the Honda engine on the Hungaroring’s short straights.

Also notable was, as ever, Nico Hülkenberg, who once again wrestled his car into the final qualifying session and set the seventh fastest time of the day to out-qualify his struggling teammate Jolyon Palmer by almost a full second. However, a penalty for a gearbox change means he’ll be moving back five places on the grid.

It is notoriously difficult to overtake at the Hungarian Grand Prix, even since before the cars were so aero-dependent, and thus Ferrari is in a great position to convert its 1-2 qualifying result into a 1-2 race finish.