2017 Hungarian Grand Prix: Vettel’s Steering Goes Awry, But Nothing Else 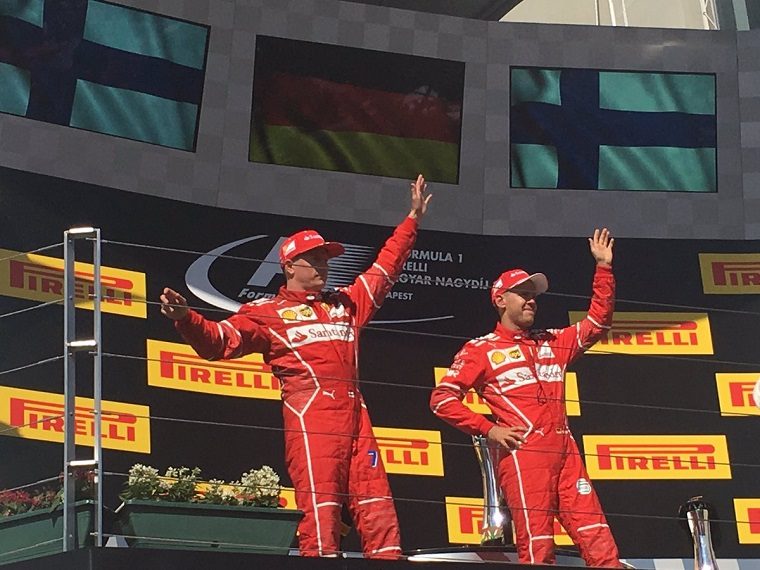 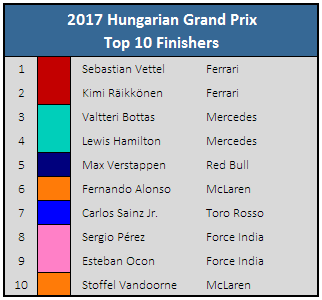 Even though the results of the 2017 Hungarian Grand Prix were, predictably, strongly based on the qualifying results set the day before, the race nonetheless made for an exciting watch.

Having locked out the front row, the two Ferraris got away cleanly and began to build a gap over the Mercedes cars, which were at first struggling to keep up. Both Red Bull drivers got past Lewis Hamilton but Max Verstappen locked up into the second corner and collided with his teammate. His radiator damaged, Daniel Ricciardo was forced to retire from the race, while Verstappen received a 10-second time penalty for causing a collision. That turned out to be very costly for the team, as both drivers could have hauled in good points at the Hungaroring.

Ricciardo’s stranded car forced out the safety car, and after the restart Vettel began to suffer from an unusual issue: his steering was not aligned, and he had to keep the steering wheel at an angle just to go straight. Before the issue his pace had been commanding, but after he struggled to keep teammate Kimi Räikkönen at bay.

As a result, both Mercedes drivers were able to close in on the Ferraris and Räikkönen soon found himself under siege by Valtteri Bottas, though the pressure was not as high as it could have been. Believing himself the faster Mercedes driver, Hamilton requested to be let by Bottas to give overtaking Räikkönen a go—ultimately, however, both Ferraris stayed ahead and Hamilton graciously gave the position back to his teammate.

Vettel was ecstatic about the win, though Räikkönen understandably felt irked at finishing second despite having been the fastest man that day. Vettel was lucky that his issue came up at a circuit like the Hungaroring, where it takes a significant pace advantage to even have a chance to overtake the car ahead.

Verstappen was irked as well, as despite his 10-second penalty he finished fourth just 10 seconds behind Vettel. Most notable was the sixth place finish by Fernando Alonso, which lifted McLaren above Sauber in the championship, while teammate Stoffel Vandoorne scored the first championship points in his F1 career.

Used vs CPO: What are the key differences? 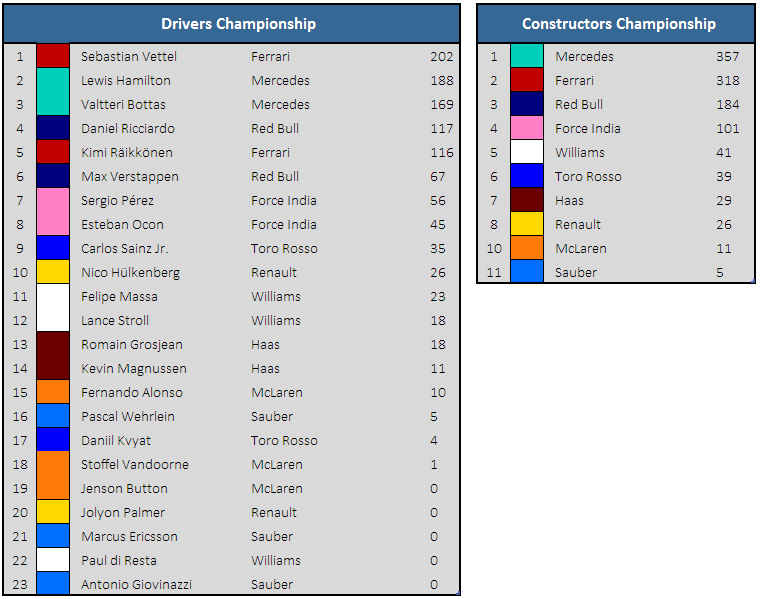