When the Lincoln Navigator was introduced back in 1998, it marked the first time that the luxury automaker had ever offered a vehicle in either the SUV or truck segment. In the years since, the Navigator SUV has maintained its basic design, but has added a number of convenience features like heated and cooled seats, a GPS system, leather upholstery, and a rearview camera. With the next-generation Navigator expected to debut later this year, the 2017 Navigator carries over relatively unchanged from the 2016 model year. The 2017 Lincoln Navigator competes with other full-size SUVs such as the Cadillac Escalade, Mercedes-Benz GLS-Class, and the more affordable Ford Expedition.

Window Tints: Find out whether you can legally tint the windows of your Navigator 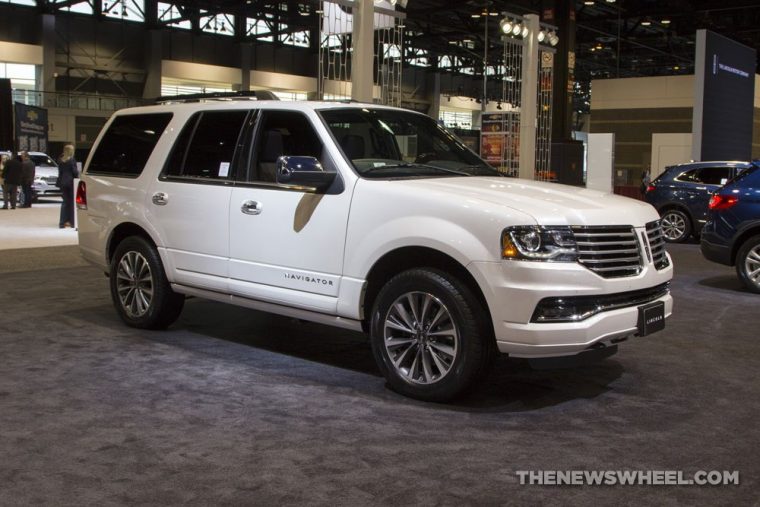 What’s New for the 2017 Lincoln Navigator?

For the 2016 model year, the Lincoln Navigator SUV came with the new Sync 3 infotainment system, which users applauded for being more intuitive and user-friendly than the previous infotainment system. However, the only update made to the 2017 Navigator is the addition of the Palladium White Gold exterior color option. 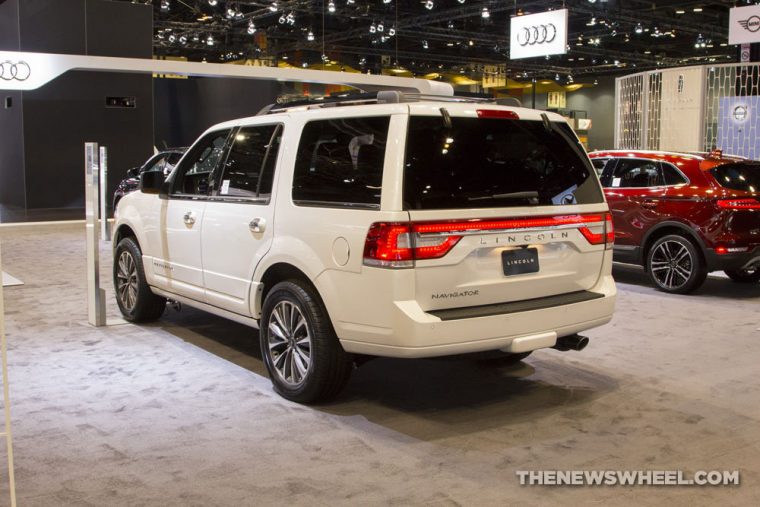 The 2017 Lincoln Navigator comes with a powerful and bold exterior design, which truly makes it stand out whether it’s traveling down the highway or navigating tight city streets. Every ’17 Navigator comes standard with LED taillights, chrome exhaust tips, and 20-inch aluminum wheels, but consumers can upgrade to larger 22-inch wheels if they opt for the available Reserve Package. In addition, the new Navigator comes with chrome roof-rack side rails and an enormous split grille. Exterior color options for the ’17 Navigator include Midnight Sapphire, White Platinum, and Riviera Sands Light Brown.

Exterior available on the 2017 Lincoln Navigator Select 200A

Exterior available on the 2017 Lincoln Navigator Reserve 300A 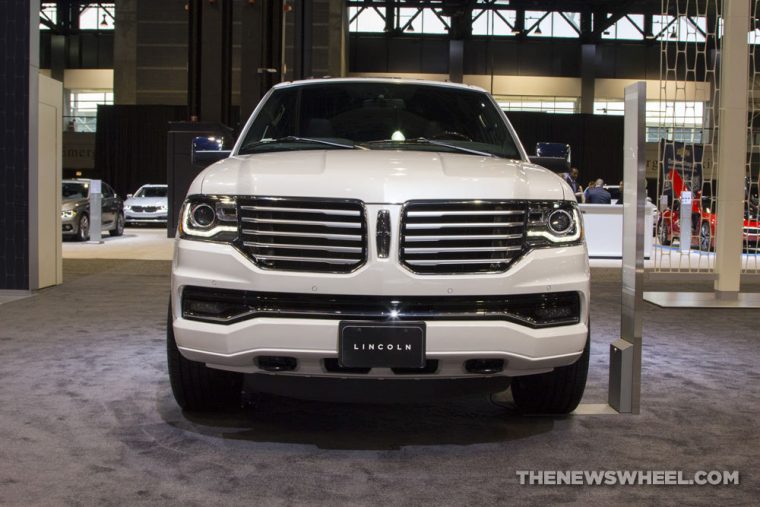 For many years, Lincoln offered the Navigator SUV with a big V8 engine, but the 2017 model features a direct-injected 3.5-liter V6 rated at 380 horsepower and 460 lb-ft of torque. That’s the same engine offered in the best-selling F-150 pickup truck and it allows the Navigator to sprint from 0 to 60 mph in just over six seconds, which is plenty quick when you consider this vehicle weighs more than 6,000 pounds. Furthermore, consumers have the option of either rear-wheel or four-wheel drive. If you plan to use the Navigator for towing purposes, the four-wheel drive variant can haul up to 9,000 pounds. 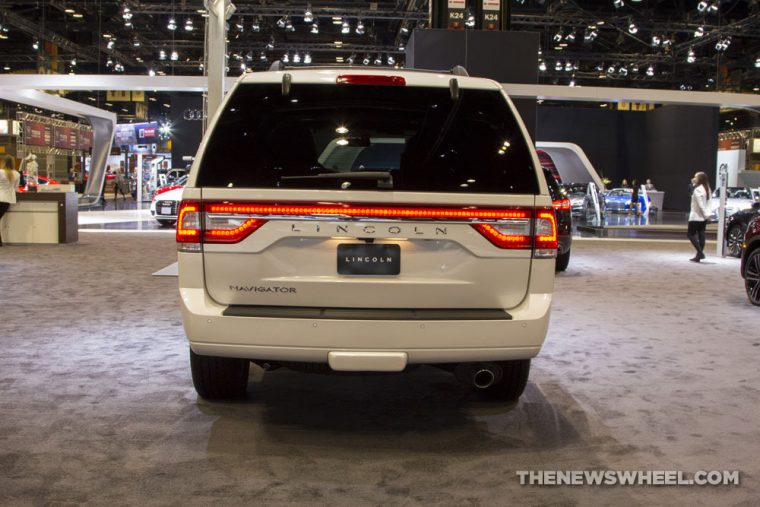 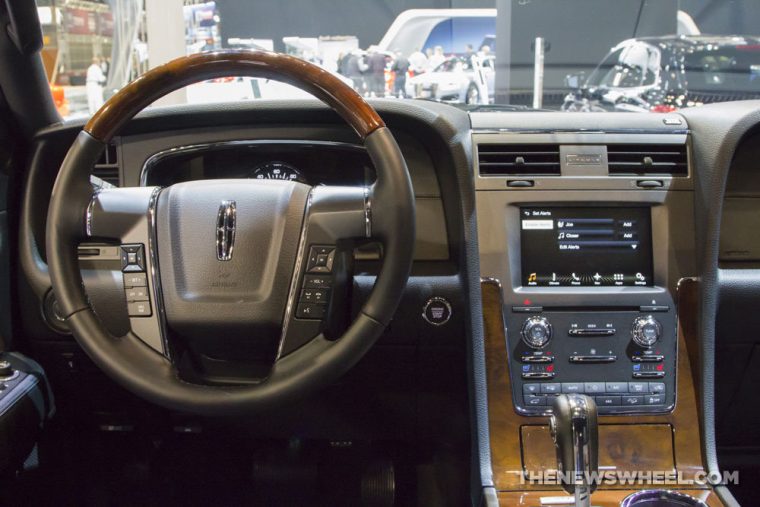 Without a doubt, the most distinguishing part of the 2017 Lincoln Navigator is its spacious and luxurious cabin. Even the entry-level model comes standard with a 14-speaker sound system, navigation technology, and premium leather trimmed bucket seats, but Lincoln also offers a Reserve Package that take elegance to a whole different level. If you opt for that available package, then your new Navigator will come with Ziricote wood accents and leather seating in every row, as well as premium floor mats. Furthermore, the 2017 Lincoln Navigator offers more than 18 cubic feet of storage space behind the rear seats, but the third row can fold into the floor by simply pressing a button, providing more than 100 cubic feet of available cargo space.

Interior available on the 2017 Lincoln Navigator Select 200A

Interior available on the 2017 Lincoln Navigator Reserve 300A 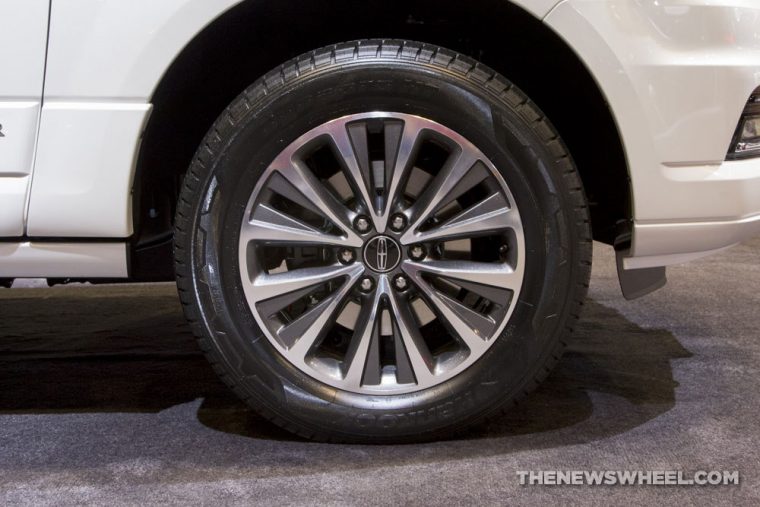 While the 2017 Lincoln Navigator has yet to undergo safety tests for the Insurance Institute for Highway Safety (IIHS), it did earn the highest possible rating of five stars from the National Highway Traffic Safety Administration (NHTSA). Every 2017 Lincoln Navigator comes standard with stability control, blind-spot monitors, a rearview camera, antilock brakes, and front parking sensors. In addition, the ’17 Navigator features the Ford MyKey system, which allows parents to set predetermined speed limits for secondary drivers, like teenagers, to encourage good driving habits.

Rather Have a Sedan? Learn more about the tenth-generation Lincoln Continental