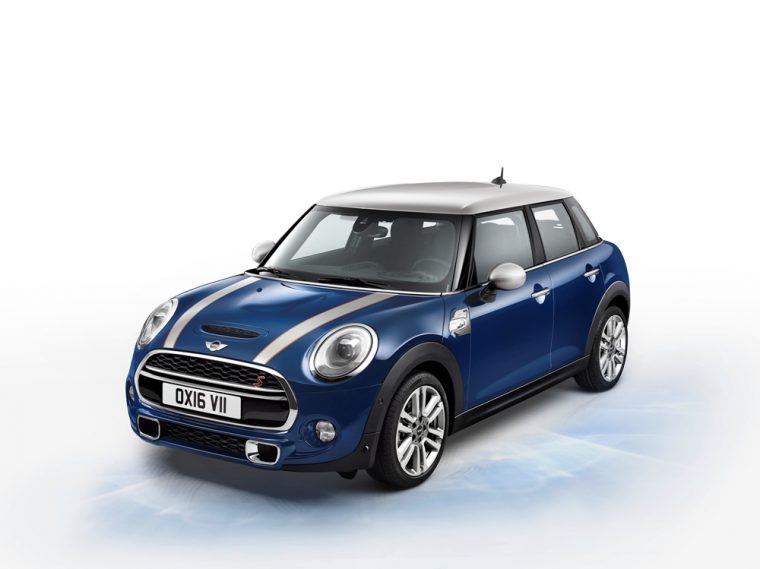 In honor of the Austin Seven, which was the first classic Mini ever produced, the small luxury car brand has recently announced the 2017 Mini Seven special edition will be hitting dealerships in the United States this summer.

The Mini Seven will be the first special edition of the current–generation Mini and will be available in both 2-door and 4-door versions of the Mini Hardtop. Furthermore, consumers will have the choice between two trim levels: Cooper and Cooper S.

The Cooper will be powered by a 1.5-liter three-cylinder engine rated at 134 horsepower, while the Cooper S will receive its motivation from a 2.0-liter four-cylinder motor good for 189 horsepower. Both models will offer the choice between a standard six-speed manual and available six-speed Steptronic transmission.

The exterior of the new Mini Seven will be highlighted by its large wheel arches, sizable air inlets, special “Seven” badges, and standard 17-inch light alloy wheels. The outside mirror caps and roof of the Mini Seven will feature a contrasting Melting Silver paint job. The same color will be used for the vehicle’s fashionable bonnet strips. For those people in need of bigger shoes, 18-inch light-alloy wheels will also be available with the 2017 Mini Seven special edition. Exterior color options include Lapisluxury Blue, Pepper White, Midnight Black Metallic, and British Racing Green Metallic.

Inside the cockpit of this special-edition Mini, consumers will find standard sports seats designed with a combination of leather and fabric materials. In addition, the new Mini Seven will come standard with the Mini Connected infotainment system with a 6.5-inch high-resolution screen, but consumers have the option to upgrade to a bigger 8.8-inch display with navigation. Other available features include heated front seats, a Harman Kardon hi-fi speaker system, and panorama glass roof.

Mini will announced pricing information for the 2017 Mini Seven special edition closer to the automobile’s official launch date. However, the new Mini Seven is already on sale in the UK where it carries a starting MSRP of $26,751.