Ferrari Locks Out Front Row for the First Time Since 2008 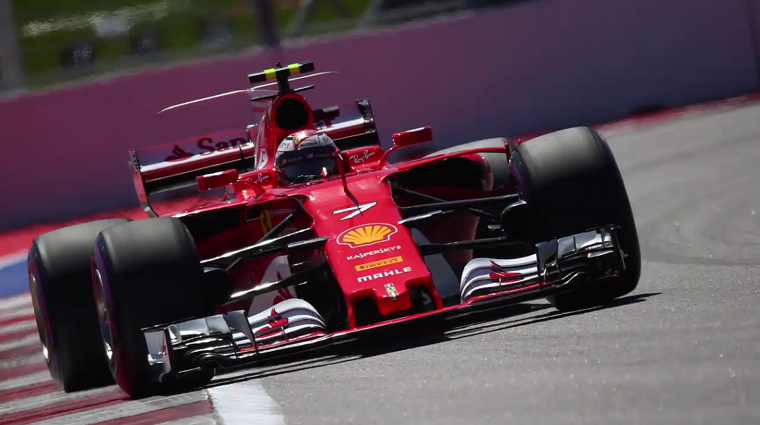 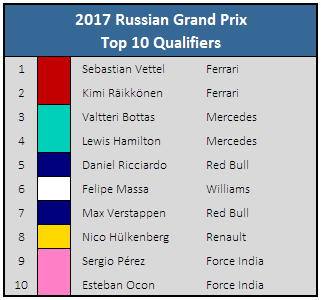 The last time Ferrari put both of its cars on the front row of the Formula 1 grid in qualifying was at the 2008 French Grand Prix, back when the flowing Magny-Cours circuit was still a fixture on the season calendar. It was Kimi Raikkonen that had put it on pole and teammate Felipe Massa that followed.

In the 163 race weekends since, Ferrari never scored another one-two in qualifying and only managed pole on nine occasions, the most recent of which was at the 2015 Singapore Grand Prix. But the team has finally ended its long draught with Sebastian Vettel and Raikkonen locking out the front row, in that order, with just 0.059 seconds separating them.

It was as close as a one-two can get, as Mercedes man Valtteri Bottas was only 0.037 seconds shy of Raikkonen and of spoiling Ferrari’s day. Bottas once more outqualified his teammate and three-time World Champion Lewis Hamilton and by quite a surprising margin. Hamilton just didn’t seem to be on the pace this morning, which he needed as Bottas has historically been strong at the new Russian circuit in Sochi.

While Ferrari won two of the three races that have taken place so far in 2017, Mercedes always seemed able to find a few extra tenths in qualifying, seemingly out of nowhere. Some have speculated Mercedes managed to find a way to burn excess oil in a way that would contribute to combustion and thus give their car a power boost, and given that the FIA has recently announced it would clamp down on oil-burning, the Mercedes’ sudden lack of a “special qualifying engine mode”—as it had come to be known—seemed suspiciously to confirm the speculation.

However, it could also be down to the way the team works its tires compared to Ferrari. The Mercedes car seems better at coaxing heat into the tires, which is advantageous on a qualifying hot lap when you want to get the Pirelli rubber up to optimal temperature over the course of just one warmup lap without significantly wearing them down.

This would on the other hand adversely affect Mercedes’ race pace on Sundays, where Ferrari has had the upper hand partially thanks to its better conservation of tire life. If the Ferraris can get off to a good start tomorrow and neither of the cars suffers a breakdown, it’s quite possible the team may enjoy its first 1-2 finish since the 2010 German Grand Prix.

Shake Up: The all-new Volkswagen Atlas is looking to change the SUV game