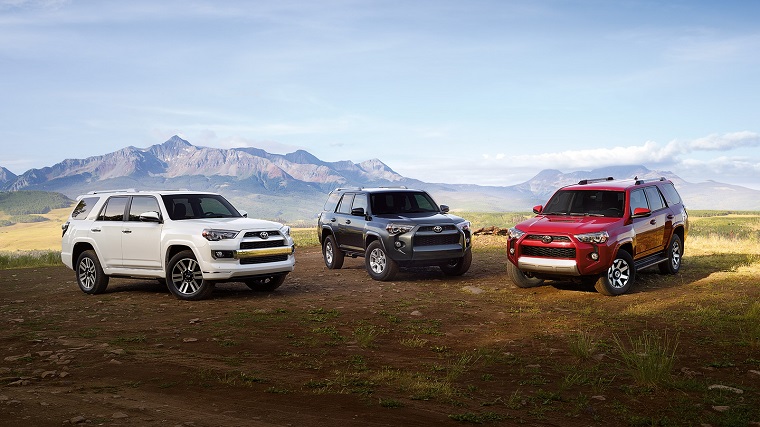 The 2017 Toyota 4Runner is a body-on-frame SUV reputed for its exceptional durability and capability, as well as for its excellent reliability and resale value. While it feels a bit rough around the edges during city driving where ride quality is concerned, that’s the price it pays for leaving the competition in the dust when it comes to conquering unpaved terrain. That’s not to say the Toyota 4Runner is unsophisticated: inside, it has all of the toys and comforts you’d expect of any modern vehicle, and then some. 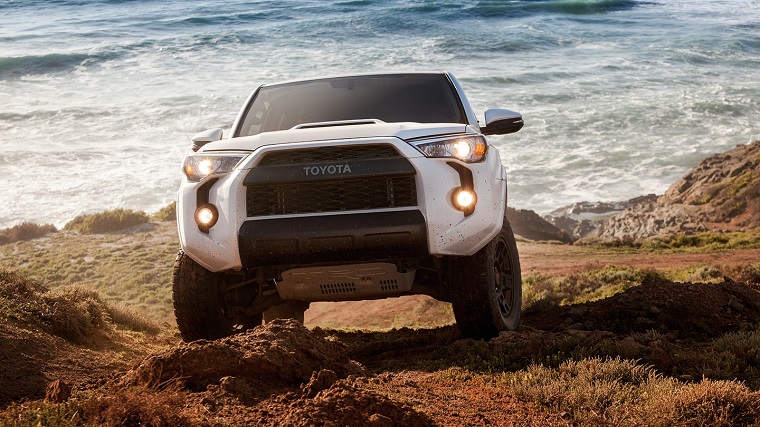 The 2017 Toyota 4Runner is unchanged for the new model year. The former Trail and Trail Premium trims have been renamed Off-Road and TRD Off-Road Premium, and the TRD Pro is now available in three additional colors. 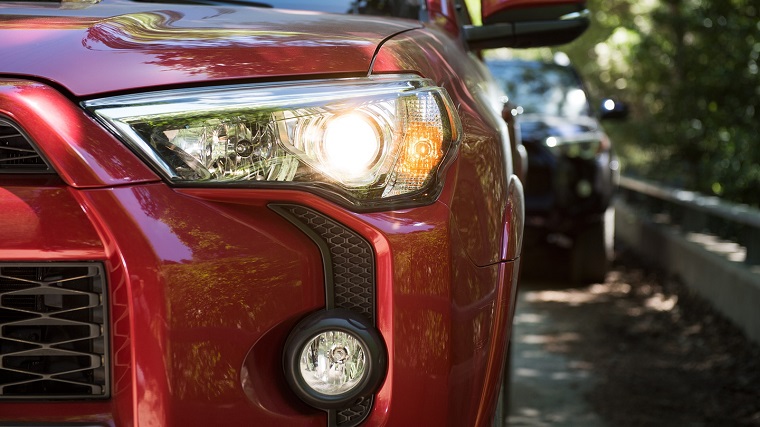 The 2017 Toyota 4Runner is a vehicle designed for adventure and its exterior reflects this from front to back. Bold and rugged, the Toyota 4Runner is aggressively styled so as to catch the attention of all those around, whether it be the people on the sidewalk or the animals by the trail. As ever with modern vehicles, that means a large, in-your-face grille, which Toyota has endowed with hefty boomerang-shaped indentations below the slanted headlights (if you don’t like these, the top Limited trim doesn’t feature them). The 4Runner is also quite tall, with a ground clearance of nearly 10 inches, and fairly boxy, in the style of old-school SUVs.

Exterior available on SR5 Premium (adds to or replaces features on SR5):

Exterior available on TRD Off-Road (adds to or replaces features on SR5):

Exterior available on Limited (adds to or replaces features on SR5 Premium): 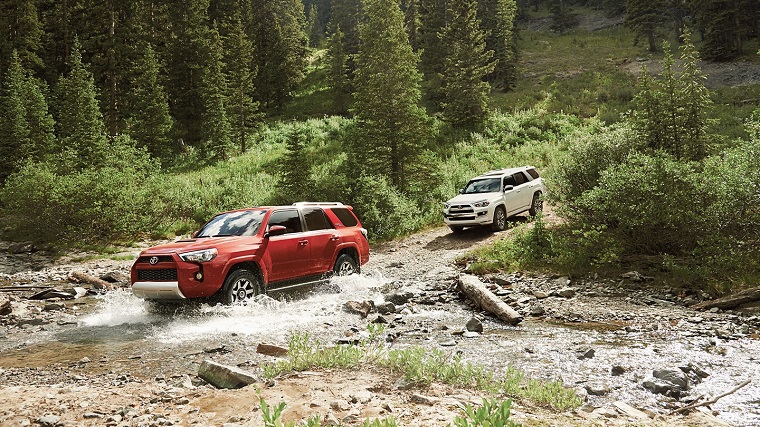 All 2017 Toyota 4Runner models are powered by a 4.0-liter V6 that makes 270 horsepower and 278 lb-ft of torque. All models also come equipped with a snappy five-speed automatic transmission. SR5 models are available with either two-wheel drive (2WD) or part-time four-wheel drive (4WD), while TRD models come standard with part-time 4WD and Limited models with full-time 4WD, including a limited-slip, locking center differential. When properly equipped, the Toyota 4Runner can tow up to 5,000 pounds. 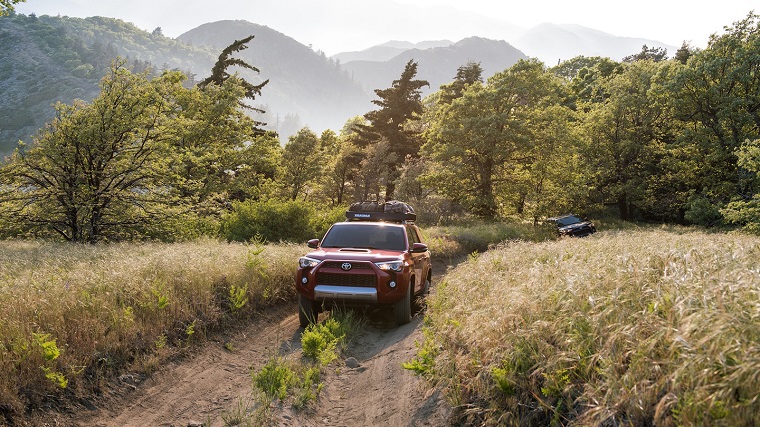 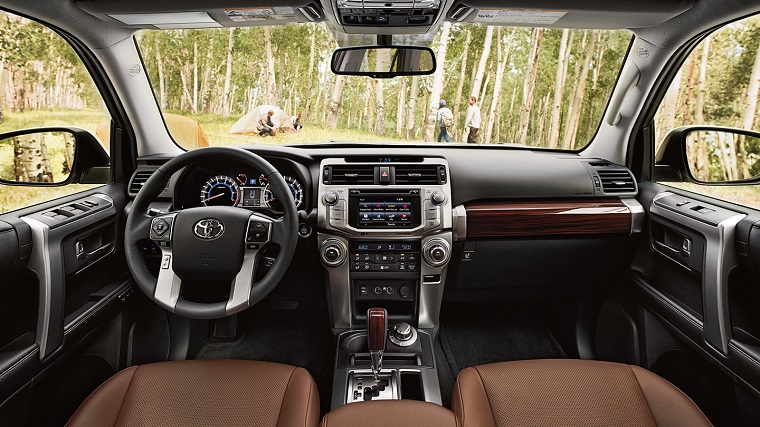 The interior of the 2017 Toyota4Runner is simple yet versatile. The 40/20/40-split seat makes it easy to play around with various cargo and seating configurations, with nearly 90 cubic feet of cargo space opening up when folding the rear seats flat. There’s plenty of room to go around for five passengers, or up to seven on the SR5 and Limited trims (though you’ll want to keep adults out of the third row, ideally). At the front, there’s a dial or a button for just about everything, from the radio to the low-range gearing. The Toyota 4Runner is also quite well equipped even on the lowest trim level—just take a look at the list of features below.

Interior available on SR5 Premium (adds to or replaces features on SR5):

Interior available on TRD Off-Road (adds to or replaces features on SR5):

Interior available on Limited (adds to or replaces features on SR5 Premium): 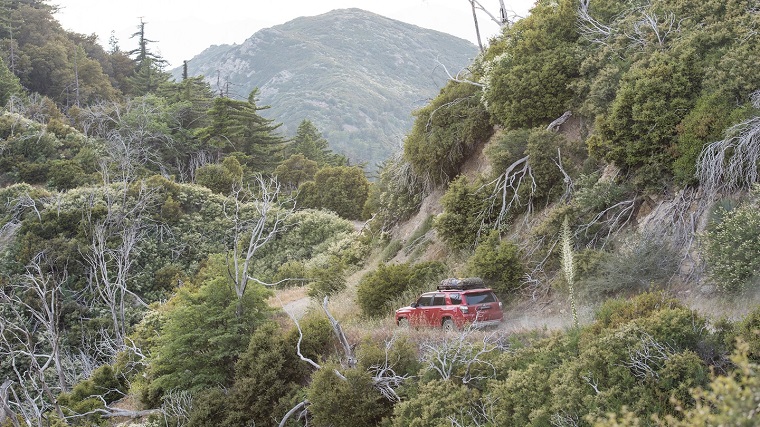 In government crash testing, the 2017 Toyota 4Runner earned four out of five stars for overall vehicle safety. In testing by the Insurance Institute for Highway Safety (IIHS), it earned the highest score of “Good” in all categories save for the “small overlap front” evaluation, in which it received a “Moderate” rating.