Toyota has finally announced the pricing for the new 2017 Toyota 86, 2017 Corolla, and 2017 Corolla iM models, and the cost difference compared to the 2016 models is relatively small.

The 2017 Toyota 86 will replace the 2016 Scion FR-S now that the Scion brand has been discontinued. The starting MSRP for the manual has been bumped from $25,305 to $26,255 (excluding the $865 delivery charge); along with this comes a minor power and torque increase, new shocks and spring rates, exterior and interior updates, and standard Hill Start Assist Control.

If you were gunning for the automatic, you’ll be pleased to find that the MSRP change is even smaller, from $26,405 for the 2016 model to $26,975 for the new one—though we’d advise saving the $720 and opting for the manual, because why else would you be buying a sporty two-door coupe if not to have a bit of fun behind the wheel? 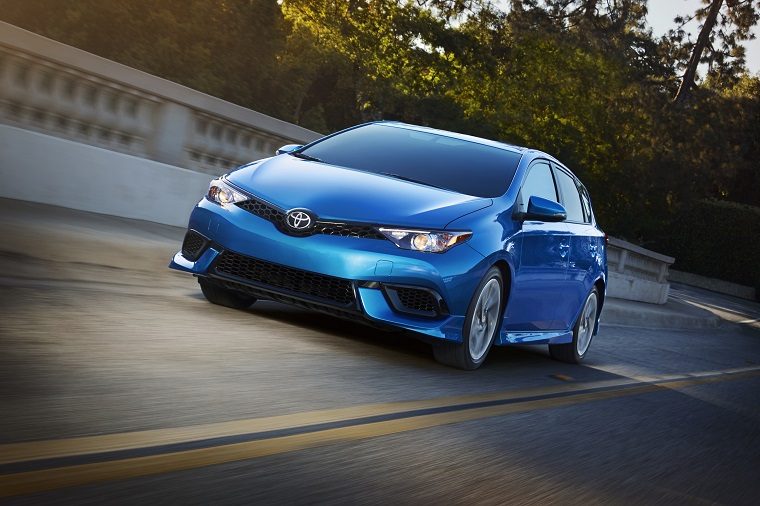 Speaking of sporty, the Toyota Corolla is looking more the part for the 2017 model year, thanks to its dynamic new grille and LED headlamps. The interior fabric and climate control panel have also been updated and a special 50th anniversary edition will be on its way with even more pizzazz. The Corolla’s starting MSRP was bumped from $17,900 to $18,500.

Meanwhile, the Toyota Corolla iM—successor to the Scion iM—will start at $18,750, up from $18,500; not a big price increase, but that’s also because the only change is the addition of standard Toyota Safety Sense technology.

It looks as though all of these models continue to offer great value for the money; however, one wonders if we’ll still be able to call the Toyota 86 an “affordable” sporty coupe when the price inflates above $30,000. 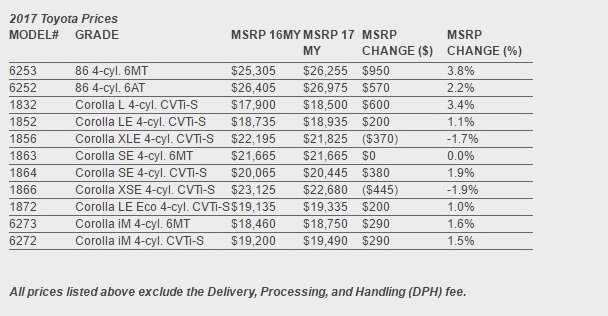 Compare It: The 2016 Toyota Corolla