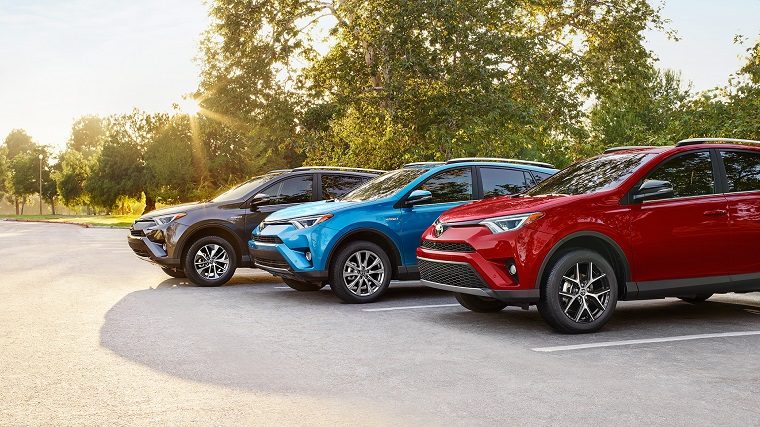 The 2017 Toyota RAV4 perfectly represents why someone may choose to buy a Toyota vehicle of any kind over the competition. It’s not quite as good off the beaten path as a Subaru Forester or a Jeep Cherokee, but still more than adequate thanks to its strong AWD system and good ground clearance; it’s also not quite as laden with premium options like the Ford Escape, but still remains within the reach of customers on a budget while providing plenty of equipment. Simply put, the Toyota RAV4 has a whole lot going right for it and just about nothing going wrong—and as if to drive the point home, it’s even the only compact SUV in the United States to come with a hybrid option. 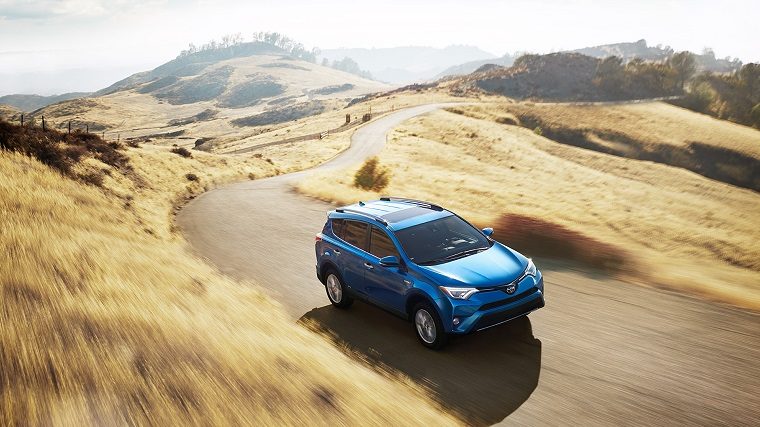 For the 2017 model year, the Toyota RAV4 introduces the new Platinum trim level and makes the Toyota Safety Sense P (TSS-P) suite of active safety technologies standard across the range. 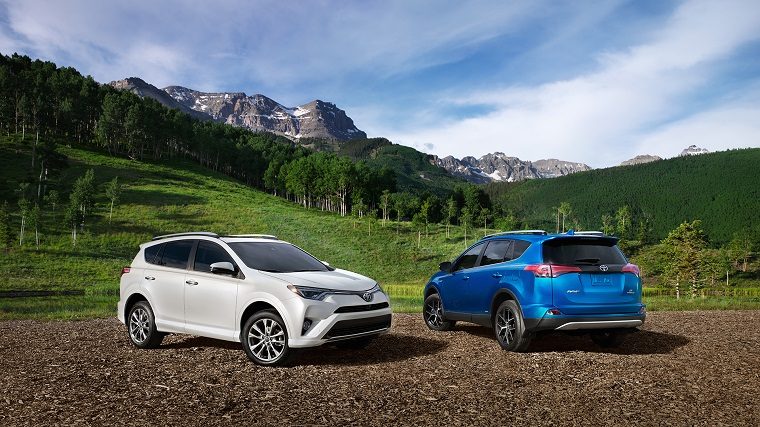 The 2017 Toyota RAV4 is a distinguished compact SUV with an aggressive lean and sharp lines that make it look less mellow than in previous years. Another notable difference with older generations of the RAV4 is the lack of a rear-mounted spare tire, which finally allows the trunk door to open up rather than out, making it easier to load the cargo area. Overall, the Toyota RAV4 looks good under every angle and with relatively few design surprises; while not the most visually exciting vehicle in its segment, it’s the most likely to appeal to a broad range of buyers—it is, after all, a Toyota.

Exterior available on XLE (adds to or replaces features on LE):

Exterior available on Limited (adds to or replaces features on XLE):

Exterior available on Platinum (adds to or replaces features on Limited): 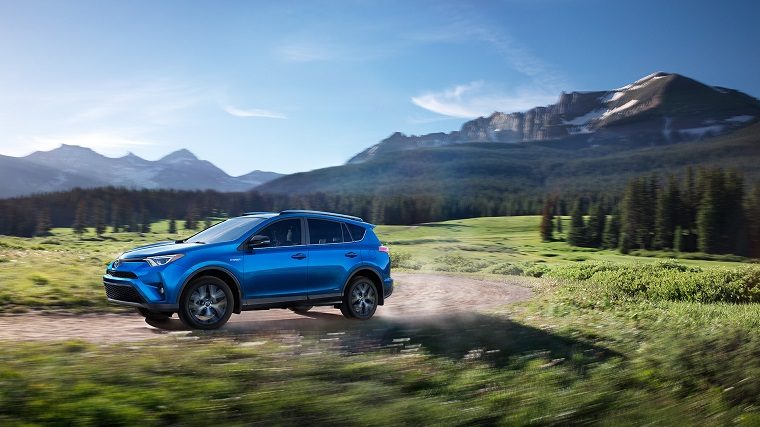 Powering the regular 2017 Toyota RAV4 is a 2.5-liter inline four-cylinder DOHC engine with Dual Variable Valve Timing with intelligence (VVT-i). It sends 176 horsepower and 172 lb-ft of torque to the front wheels or all four wheels via a six-speed automatic transmission, which isn’t a massive amount of power but still more than adequate in all driving conditions, and enough to tow up to 1,500 lb.

Under the hood of the two 2017 Toyota RAV4 hybrid models is the same 2.5-liter engine, except this time it uses Atkinson-cycle technology and two electric motors to drive 194 horsepower and 206 lb-ft of torque to all four wheels via a continuously variable automatic transmission (CVT). 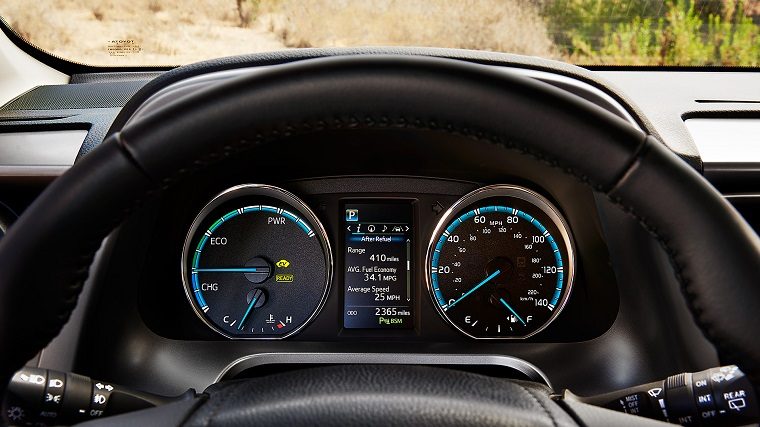 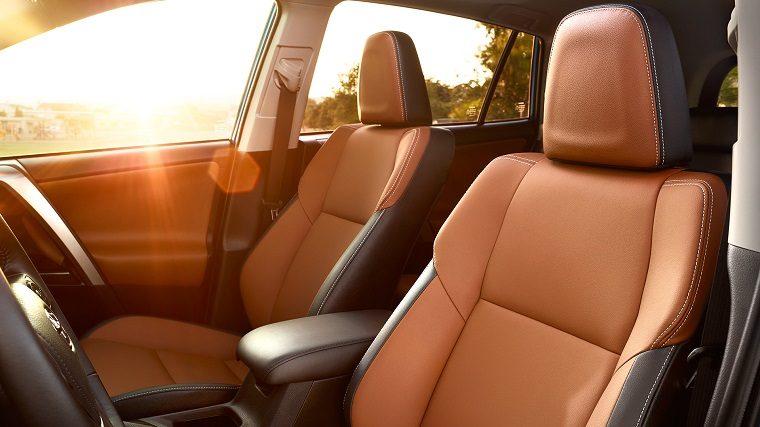 The 2017 Toyota RAV4 presents a warm and inviting interior space covered in high-quality plastics and soft-touch surfaces. Even the base model is made to look more upscale thanks to a two-tone contrast design that makes competing budget SUVs look bland by comparison.

On upper trims, the cloth upholstery makes way to French stitching and SofTex, a faux leather that’s almost like the real thing and helps put the occupants at ease, especially when combined with the driver’s seat lumbar support and the rear seats’ ample legroom.

No matter the trim level, the Toyota RAV4 comes loaded with useful technologies like Bluetooth connectivity, USB ports, and the Toyota Entune infotainment system to make life a little easier.

Interior available on XLE (adds to or replaces features on LE):

Interior available on Limited (adds to or replaces features on XLE):

Interior available on Platinum (adds to or replaces features on Limited): 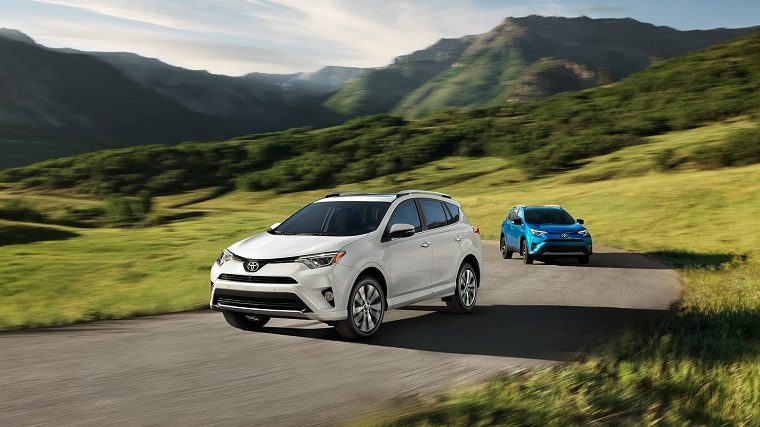 In government crash tests by the National Highway Traffic Safety Administration (NHTSA), the 2017 Toyota RAV4 hybrid and non-hybrid models both received the highest score for overall safety. The 2017 model has yet to be tested by the Insurance Institute for Highway Safety (IIHS), but the 2016 model received the Top Safety Pick+ award—the IIHS’s highest honor—and there’s no reason to believe the 2017 Toyota RAV4 won’t do just as well.