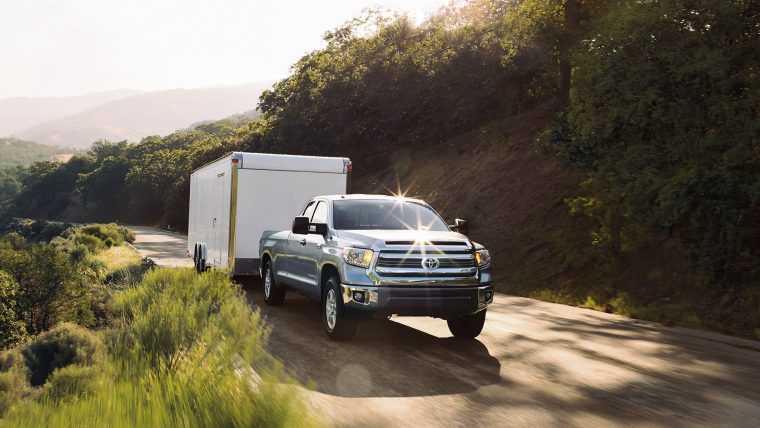 The 2017 Toyota Tundra is the largest and most powerful truck in Toyota’s arsenal. While Ford, Chevrolet, and Ram all fight for the top spot among pickup truck manufacturers, Toyota is content to do its own thing and build a truck that embraces not just performance and bold style but that also outclasses the field in terms of reliability and resale value. 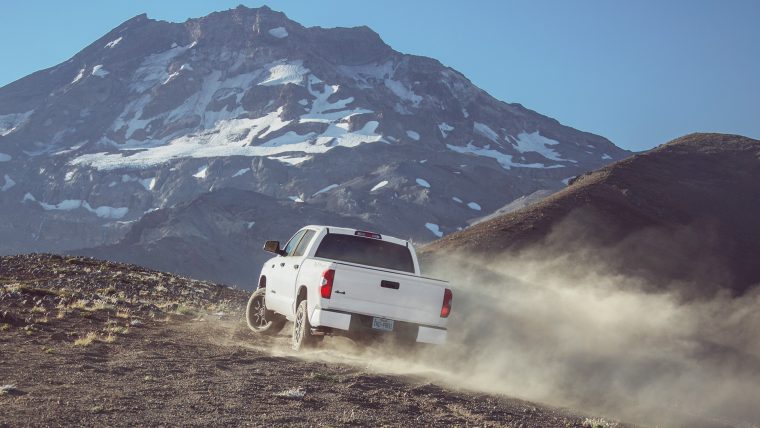 The 2017 Toyota Tundra is almost entirely unchanged for the new model year other than some minor revisions to standard equipment. 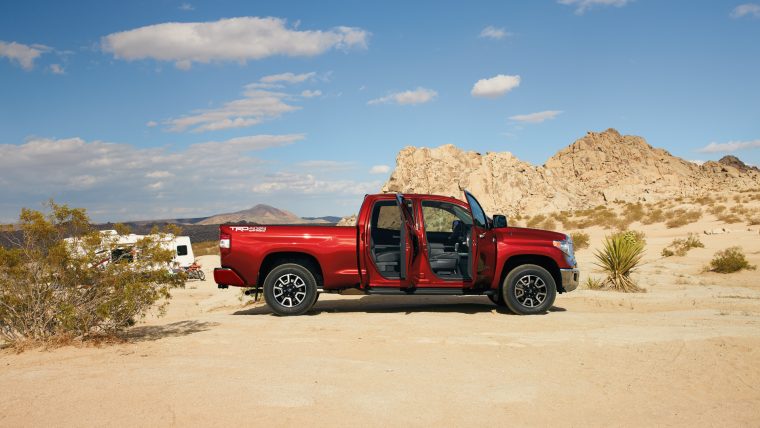 The 2017 Toyota Tundra stands out. From the huge grille out front to the chiseled taillights in the back, this is a pickup truck that oozes rugged style. It also comes in just about any combination you may desire. The Tundra is offered with three cab configurations—regular, double, and CrewMax—and three bed lengths—standard (78.8 inches), long (97.6 inches), and short (66.7 inches). The regular-cab and double-cab are available with standard and long bed sizes while the CrewMax cab is available only with a short bed. 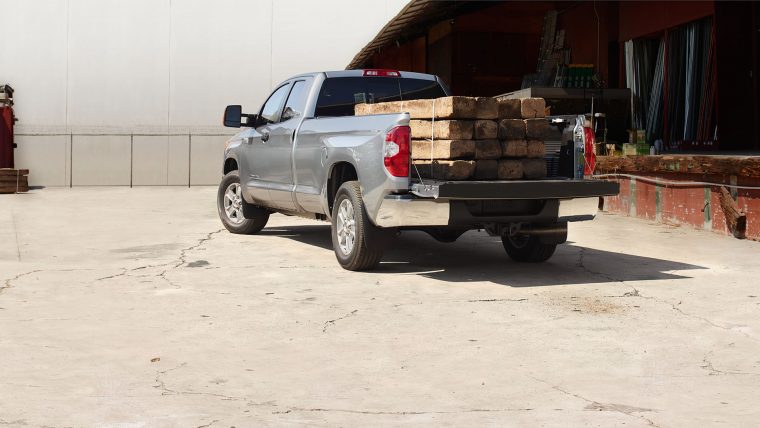 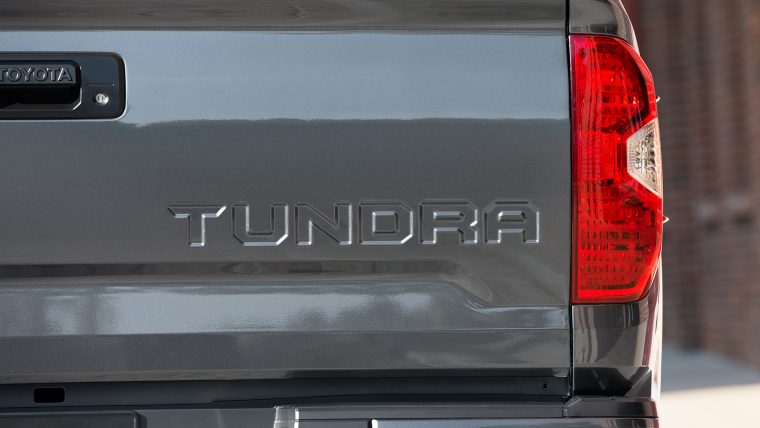 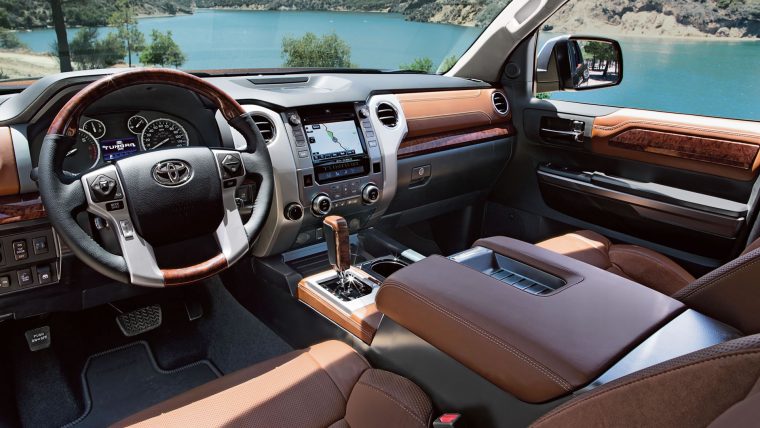 The 2017 Toyota Tundra is exceptionally well equipped for a pickup truck. Even the base SR trim features a 6.1-inch touchscreen infotainment system in the dash as well as a backup camera. You’ll have to spend more to get the luxurious brown leather interior and wood trim pictured above, but even the lower trims never feel cheap; perhaps that’s because while the leather makes way to fabric and the wood to plastic, everything is nonetheless sturdy and well designed, down to the easy-to-reach controls and knobs that can be manipulated while wearing gloves. 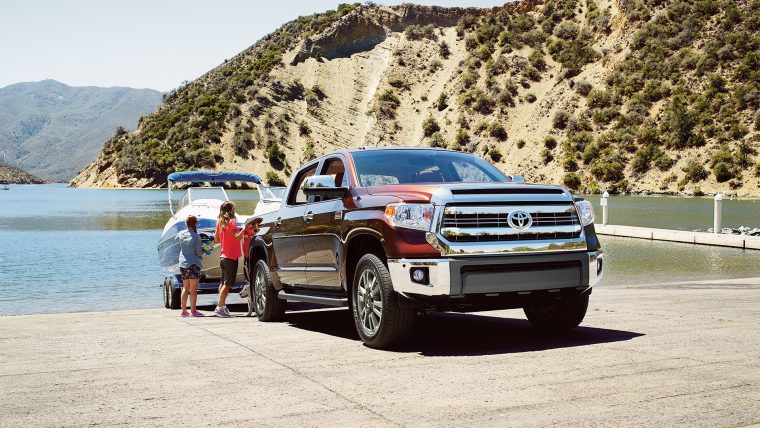 The 2017 Toyota Tundra is already significantly safer than most vehicles on the road by virtue of its weight and size, but that hasn’t stopped Toyota from packing in some extra safety features. Anti-lock brakes, traction control, and stability control are all standard, as is trailer sway control and an assortment of airbags. Optional on the SR5 and Limited and standard on the Platinum and 1794 Edition are additional active safety technologies, including blind-spot monitoring, rear cross-traffic alert, and parking sensors.

The truck received four out of five stars for overall safety in government crash testing and the highest possible score of “Good” in the IIHS’s side, moderate overlap front, and seat and head restraint crashworthiness evaluations.