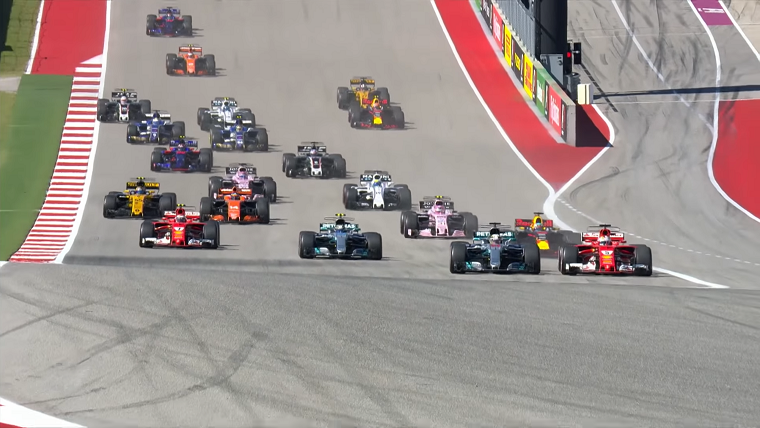 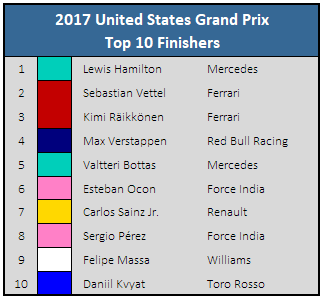 Lewis Hamilton won the 2017 United States Grand Prix in Austin, Texas, and with his victory Mercedes accumulated enough points to win the Formula One World Constructors Championship. It also extended his lead in the championship by a whopping 66 points. With only 75 maximum points still to grab in the upcoming three races, it would take a miracle to prevent Hamilton from securing his fourth title.

Though his hopes of beating the Brit had been slim, Sebastian Vettel would at least have liked to leave the Circuit of the Americas on the upbeat; but the Mercedes had looked very strong all throughout practice and qualifying and it was only through a herculean effort that Vettel had been able to split the two Mercedes cars on the grid. He was even able to pass Hamilton in the first corner after the start, but a few laps later the Mercedes came back at him and made easy work of the Ferrari on the long back straight, after which it sped off into the distance.

The battle for second and third still made for a good show, though. Daniel Ricciardo retired his Red Bull Racing car because of an engine issue, but Max Verstappen—who had started 16th—had somehow put himself into podium contention by the end of the race, along with Ferrari’s Kimi Räikkönen and Mercedes’ Valtteri Bottas. Vettel had looked uncharacteristically slow at first, but after an extra pit stop for a fresh set of tires he seemed back on the pace and made swift work of Bottas and then Räikkönen, who had also passed fellow Finn after a long duel.

Then Verstappen came charging through as well and overtook Räikkönen for the final podium position on the last lap of the race. Unfortunately for the young Dutchman, the stewards saw that he had cut the inside of the track to do so and gave him a five-second penalty to return third place back to Räikkönen. Needless to say, that made for an awkward time in the drivers’ cooldown room and for heated debate in the media afterward. 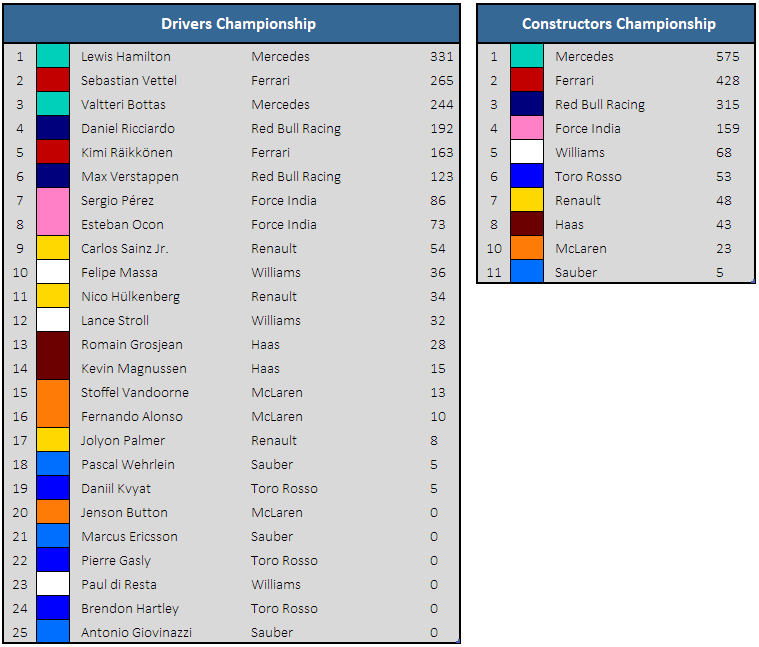