Seems like Texas is in the mood for some Italian

With a title like “Crossover of Texas” up for grabs, one might expect an American-made utility vehicle to drive away with the crown. In actuality, this year’s winner of that title has Italian origins.

For 2017, the 2018 Alfa Romeo Stelvio was named the “Crossover of Texas” by the Texas Auto Writers Association.

The winner was announced last month at the annual Texas Truck Rodeo. A total of 64 vehicles, ranging from crossover to pickups, were in the running for awards issued by the Texas Auto Writers Association (TAWA).

“Crossover of Texas” wasn’t the only title bestowed upon the Stelvio. Alfa’s SUV was also named the “Luxury Crossover of Texas,” as well as achieving the “Most Drives” award during the event. 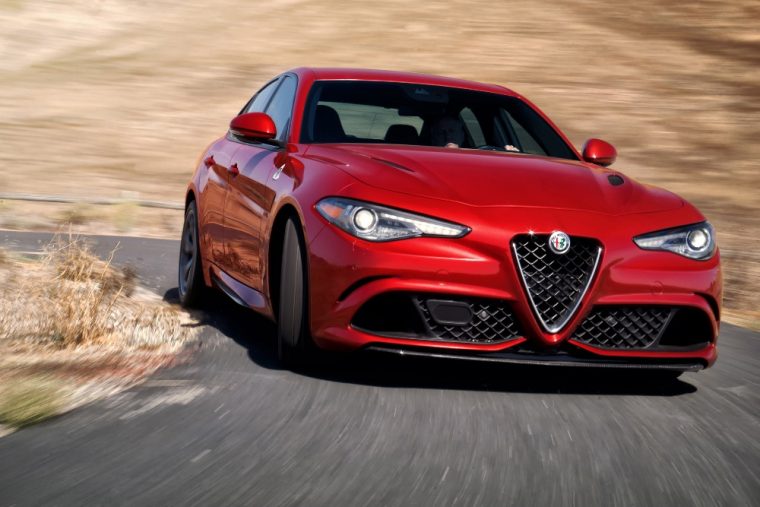 Earlier this year, the Alfa Romeo Giulia was declared the official “Car of Texas”

Texas, or at the very least TAWA, seems to be taking a shine to the newly-reintroduced Italian marque. Earlier this year at TAWA’s Texas Auto Roundup, the 2017 Alfa Romeo Giulia Quadrifoglio was named the official “Car of Texas,” also taking home the award for the “Performance Sedan of Texas.”

To determine the winner of such awards, TAWA members cast their votes after driving the entered vehicles on-road and off for a total of two days. 75 TAWA members were in attendance for this year’s Texas Truck Rodeo.

Evidently, the Lone Star State-based writers were impressed by the driving experienced offered by the Stelvio’s direct-injection turbocharged 2.0-liter engine, which allows the SUV to race from 0 to 60 mph in 5.4 seconds. Furthermore, a considerable amount of consideration was given to the interior styling of the tested vehicles, another area where the Stelvio is earning a sizable amount of praise.

Texas is a state known for its appreciation of all things tough and dependable. That’s why Alfa should be rather proud of its latest achievement in the automotive world.