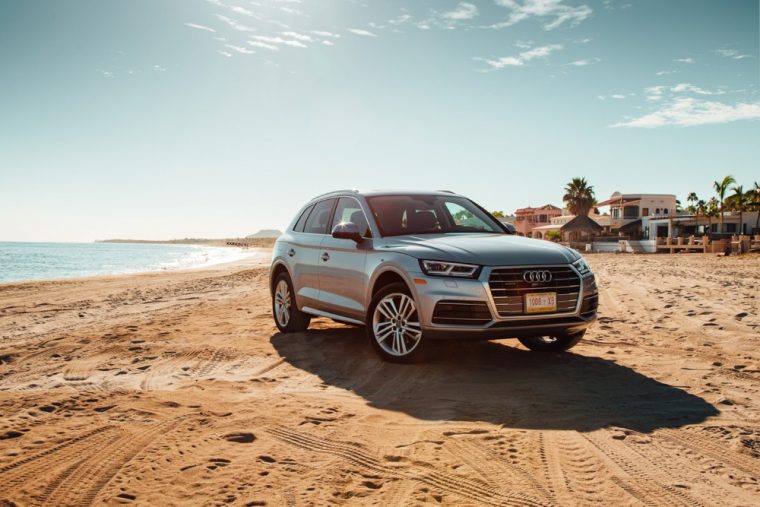 The 2018 Audi Q5 is a powerful SUV, and when you want that perfect combination of style and capability you usually have to sacrifice a few miles per gallon. You would be wrong to think that about this redesigned vehicle, however. Not only does it best the previous generation of the Q5, it also manages to beat out its competition in the luxury SUV segment.

Something A Bit Smaller: Check out the 2017 Audi A4

According to Audi, this latest Q5 has been estimated to achieve 23 mpg in the city, 27 mpg on the highway, and 25 mpg combined by the EPA. This is a gain of three mpg over the 2017 Audi Q5, which is significant if you like to take your ride on a longer road trip or you are constantly behind the wheel with your busy life.  The German automaker also claims that so far no other luxury SUV in the same competitive segment as the Q5 has been able to achieve higher EPA-estimated scores.

This EPA fuel efficiency estimate is even more impressive when you consider that the Audi Q5 is equipped with quattro all-wheel drive and ultra technology, which works with an electronically controlled multi-plate clutch and a rear axle that uncouples for stabilization and maneuverability. This all means that the vehicle is much easier to control in difficult driving conditions without the engagement delay of many other sub-par all-wheel drive systems.

A Peek At The Future: Take a look at the Audi RS Q8 concept car

As with all other EPA fuel estimates, these are the highest claims available at the current point in time and your driving choices can modify those numbers. It is nice to know that no matter how you drive, your car is already prepared to help save you money.