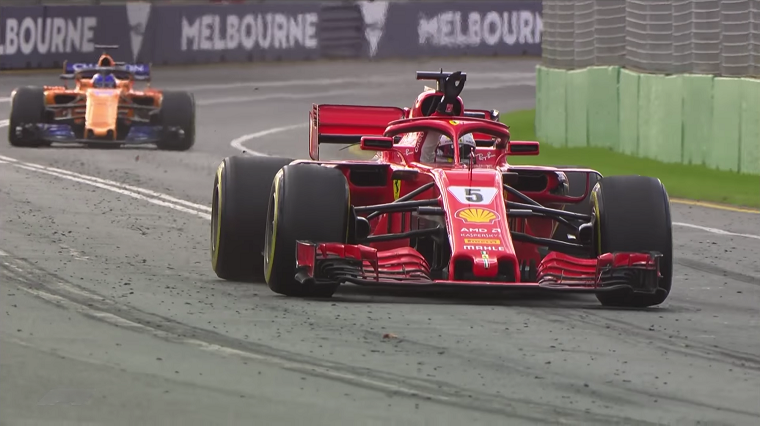 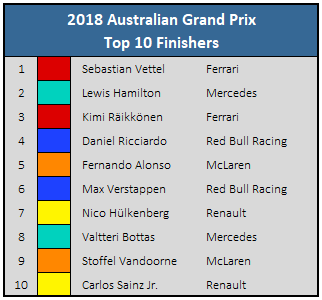 The first Grand Prix of the 2018 Formula One World Championship was off to a mixed start for Mercedes: on the one hand, Lewis Hamilton had put in a banger of a pole position lap, but on the other, Valtteri Bottas had crashed the car and was starting 15th on a circuit where it is difficult to overtake.

Ferrari’s Kimi Räikkönen and Sebastian Vettel started behind the reigning champion but couldn’t keep up after the lights went out, and by the 24th lap it seemed as though it would be an easy win for Mercedes…until, by a stroke of luck for Vettel, and an astonishingly terrible stroke of bad luck for the Haas F1 team, the stars aligned to put the Ferrari in front.

Hamilton and Räikkönen, who had been running first and second, respectively, had already pit for fresh tires, leaving Vettel out in front. But when Haas’ Kevin Magnussen completed his pit stop, he left with an improperly attached tire and was forced to pull over and retire from the race.

Pit Stop: How to change your tires

As if that weren’t bad enough, the same thing happened to his teammate Romain Grosjean just one lap later and he also had to retire. They had been running 4th and 5th, and the team, which had been set to enjoy a best-ever result, was utterly distraught. A touching moment came later in the race when Grosjean was seen consoling a crying mechanic.

This sequence of events meant two cars needed to be removed from the track, and the Virtual Safety Car was activated to slow all the competitors down — giving Vettel a perfect window of opportunity to complete his pit stop and lose only a fraction of the time he normally would have. When he left the pits, he was just a car’s length ahead of Hamilton.

He then had to defend the position for the remainder of the race, which was easier said than done considering the Mercedes’ pace advantage, but which he nonetheless managed to secure the win, as he had last year.

Still, the enormous gap between Hamilton and the rest of the field during Saturday’s qualifying session was ominous and raises questions as to whether any team will be able to compete with the Silver Arrows for the 2018 championship.

That being said, Australia is famously unrepresentative of overall season performance, so we’ll have to see how things shape up at the next race in Bahrain. 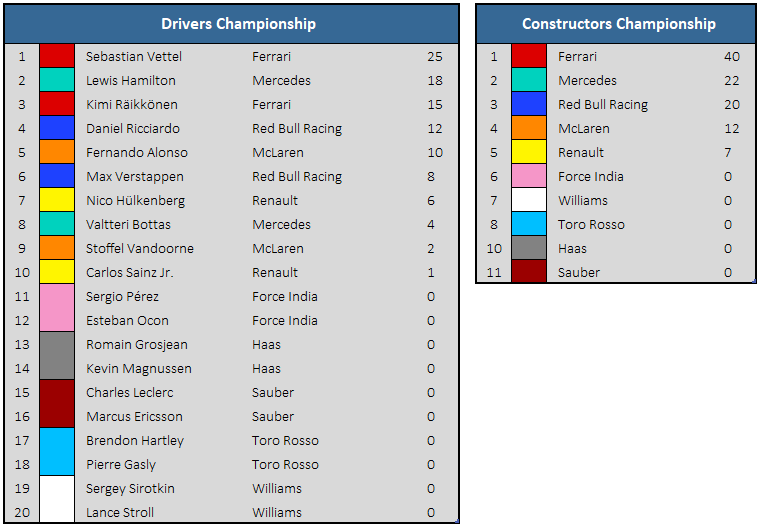