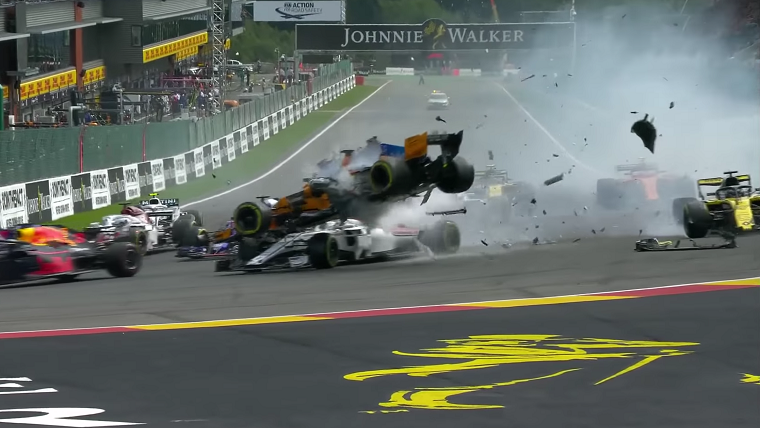 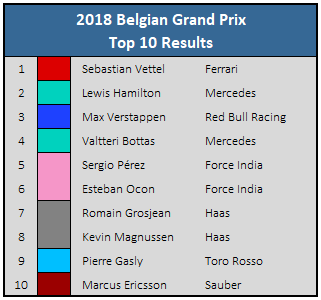 Ferrari looked quickest all weekend, but rain in the final qualifying session played to Mercedes’ strengths and Sebastian Vettel was only able to start second on the grid. Lewis Hamilton couldn’t keep him behind for long, though — the moment they got on the Kemmel Straight, Vettel flew by, and at one point four cars were four abreast.

But as good as it looked, all of the replays were showing something else. At the start of the race, Nico Hulkenberg braked too deep into the hairpin and crashed into the back of Fernando Alonso, who was sent careening over the top of Charles Leclerc’s Sauber. Alonso’s wheel made full contact with the halo safety device and bounced off, and it would be difficult to argue Leclerc could have been in a very bad shape, if not killed, had the halo not been there.

It’s the kind of moment that the FIA had very likely been secretly hoping for. Ever since its announcement, the halo has been widely criticized for being too ugly, for being a potential fire safety risk, and for being too limited in its ability to deflect objects from the driver’s head.

Pit Stop: What do your vehicle’s dashboard warning signs mean?

Yet Leclerc went home last night in perfect condition rather than having had to deal with getting smacked in the head with a tire still attached to a Formula One car. After the crash, the safety car was brought out and Vettel did well to manage the restart and stay ahead. Ricciardo and Räikkönen retired shortly after the crash from damage.

One of the stories of the weekend was the purchase of the Force India team, which had struggled financially for years, by a group of investors led by Lawrence Stroll, father of driver Lance Stroll. As it happened, the team benefited from a lucky set of circumstances for its first race, enabling it to qualify third and fourth — its best ever result — and finish fifth and sixth for a haul of points that will certainly matter in the long run.

With victory in Spa, Vettel cut down his deficit in the championship to 17 points. Given the performance of his car, getting ahead again should only be a matter of a few races, providing Ferrari doesn’t put him on a bad strategy again, or he doesn’t continue making small but costly errors. 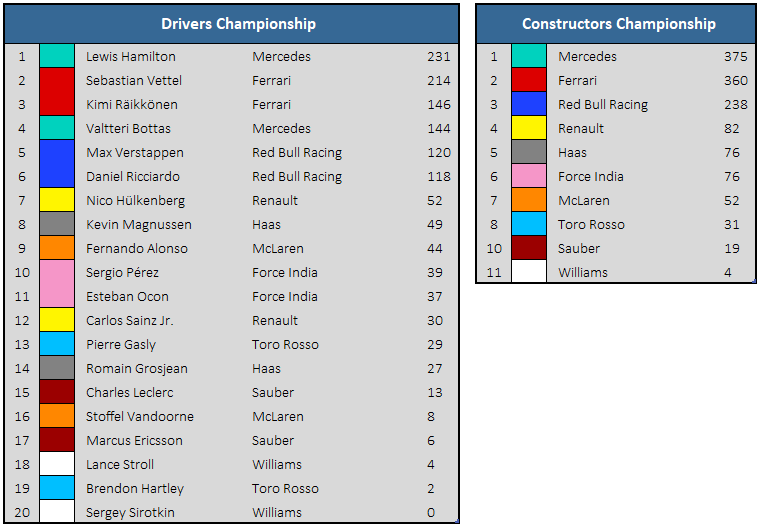