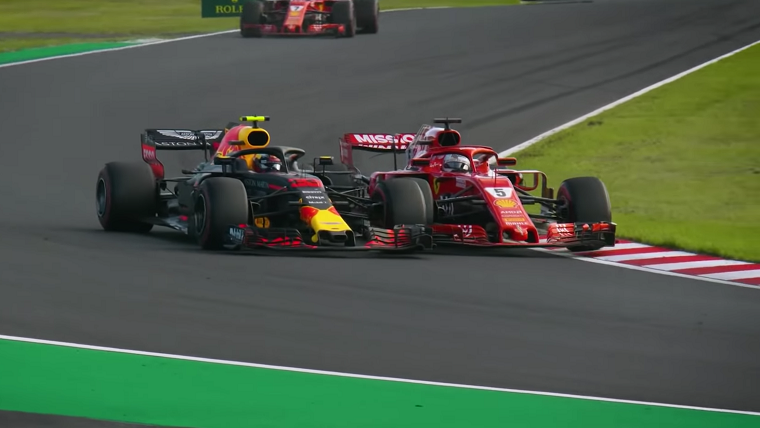 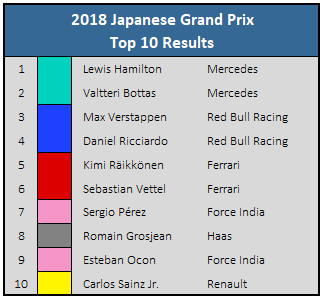 If you’d held on to any shred of hope that Ferrari could somehow turn the championship around and claw back victory from the jaws of a terrible second half of the Formula One season, now would be the time to let go.

It was yet another disappointing weekend for the Scuderia, which was caught out by rain in the final session of qualifying. Sebastian Vettel started ninth while his championship rival was on pole, and though he made a blistering charge to fourth position in just a handful of laps, he then tossed it all away by attempting to pass Max Verstappen where there was simply no room.

Contact between the two cars made Vettel spin, and to make matters worse, a previous safety car had bunched up the grid, which meant there was no gap for him to rejoin the track safely until every car had passed by. A good recovery drive would see him finish sixth, but Lewis Hamilton, having comfortably won the race, is now 65 points clear in the championship.

Loved This Result? Have an Encore

Meanwhile, the much more interesting midfield battle raged on. Both Magnussen and Hulkenberg retired, leaving Perez to win the unofficial “Formula 1.5” race and putting him level in points with the other two in the championship.

Toro Rosso seemed poised for a great weekend after an impressive sixth and seventh in qualifying, but the Saturday result failed to translate into a Sunday one as Hartley underperformed and Renault’s Carlos Sainz was able to get by Pierre Gasly with just two laps to go for the final points position.

The F1 circus now heads to North American for the next three races. The first stop is in Austin, Texas, where Hamilton has an incredible winning record. If he scores just eight points more than Vettel, he’ll have his fifth title in the bag even earlier than he had his fourth last year, something nobody could have predicted just a few months ago.

Buying a New Car? Make sure to finance the right way 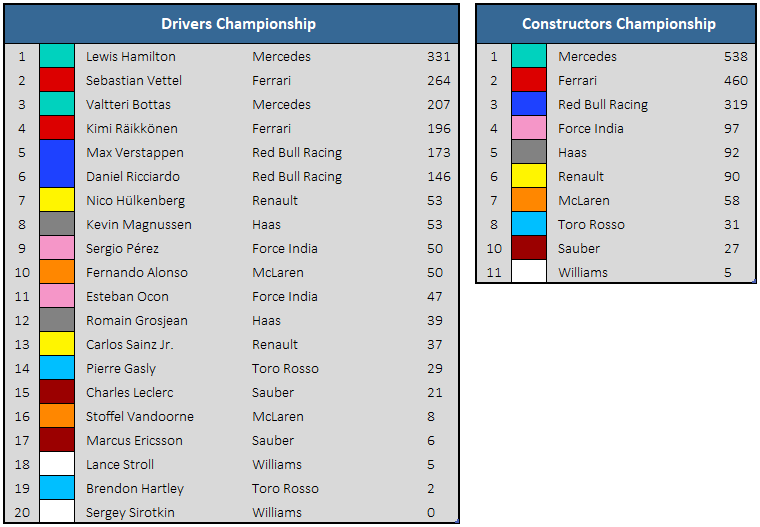