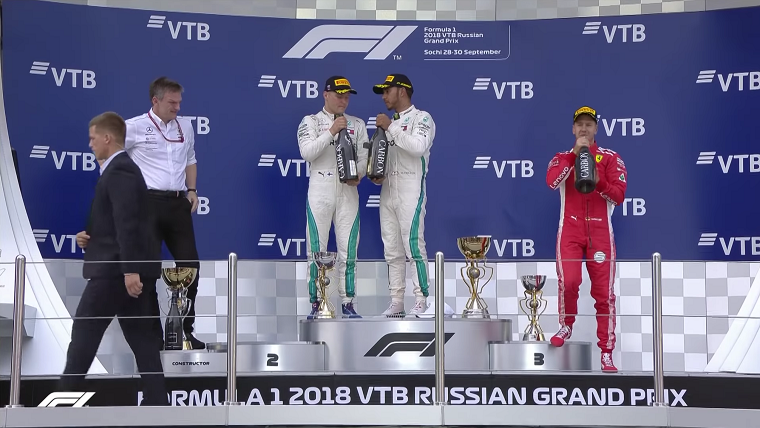 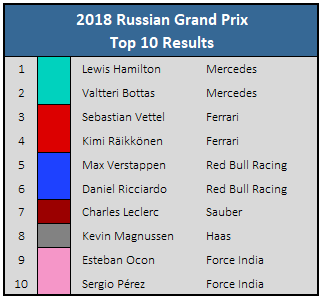 Thanks to Max Verstappen’s blistering charge through the field during the first part of the race, the 2018 Russian GP was one of the better Formula One events that have taken place at the Sochi circuit since its introduction to the calendar in 2014, though on balance, that’s not really saying a lot.

But those hoping for a last-ditch effort by Ferrari to take a win and keep alive the glimmer of hope that Sebastian Vettel could perhaps win the championship will have left disappointed.

The myth that Ferrari has the fastest car was finally and truly shattered when Mercedes comfortably stole 1-2 on the grid in Saturday qualifying by quite some margin, and none of that pace advantage seemed lost during the race on Sunday.

Vettel got away from the line well but Lewis Hamilton was able to use Valtteri Bottas’ slipstream to stay ahead of his rival. Vettel later managed to get into second place during the pit stop phase, but Hamilton regained the position with little difficulty.

Mercedes then did something quite unnecessary and some would say unsportsmanlike: it asked Valtteri Bottas, who had earned pole position, was leading the race, and has yet to win a Grand Prix this year, to move over and let Hamilton past.

Their excuse was flimsy: they said they wanted to cover for Verstappen, who at that stage was in first place because he had not yet pitted, as Hamilton had blistered his tires.

The true reason was that they wanted to give him an even bigger points lead over Vettel in the championship, which was confirmed when, as Mercedes was about to secure its third 1-2 in the history of the Russian GP, they did not ask Hamilton to hand the position back to his teammate.

As a result Vettel is now 50 points behind Hamilton, an incredible deficit at this stage in the championship and one that only a miracle could reverse. He would have been 43 points behind had Mercedes not used team orders, which is also nearly insurmountable, and highlights just how pointless the move was — and how crushing it must have been for Bottas. 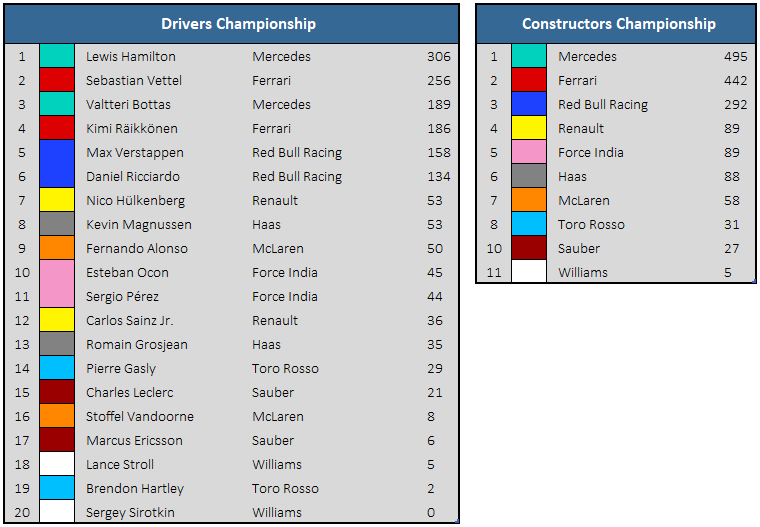