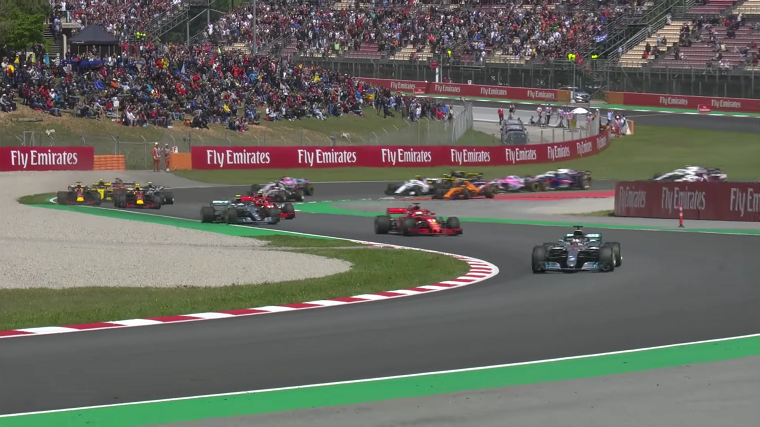 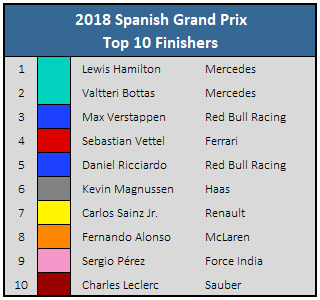 The 2018 Spanish Grand Prix was nothing to write home about if you’re a fan of racing. Nothing of real interest took place after the first lap, where Romain Grosjean spun and then lit up his rear wheels, creating a huge cloud of smoke and causing two drivers to crash into him.

The safety car was brought out, the track was cleaned of debris, and little else happened. Mostly, the race was a disappointment for Ferrari fans: Kimi Räikkönen retired due to an engine failure and Sebastian Vettel, who likely should have finished second, finished fourth instead thanks to his strategists’ continual lack of foresight. It’s uncertain what information the Ferrari pit wall has that we don’t, but one thing seems clear: Vettel could have finished 1st in China, 1st in Azerbaijan, and 2nd in Spain had Ferrari gotten the strategy right. Instead he finished 8th, 4th, and 4th, respectively.

Living at the Track? How to find which RV is best for you

Also of note was the strange reversal of the pecking order. Ferrari had seemed strongest at every race of the season but the first, and suddenly—after Pirelli changed its tire compounds—Mercedes looked quickest instead, and Ferrari couldn’t seem to get the softest tire working for them.

Ferrari’s rivals were also eager to help curb its advantage. The team arrived at Barcelona with a creative new take on the regulations surrounding the halo safety device: it had mounted the mirrors directly to the halo and put winglets on the mirrors, exploiting a loophole that otherwise prevented teams from putting wings in that area.

Mercedes and Red Bull promptly requested the FIA to clarify the rules and it was soon announced that Ferrari would not be allowed to use that setup at the next Grand Prix. This kind of thing is common in Formula One, but rarely has Ferrari been such a subject of scrutiny.

Already the FIA has investigated the various elements of the SF71-H, from its energy storage system and electric turbocharger to its combustion process and even the rearview mirrors once before—most of these at the behest of Red Bull. 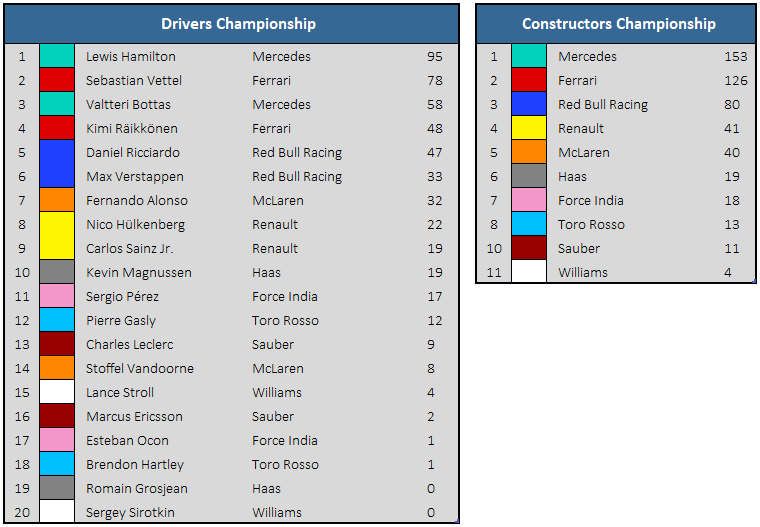