2018 Toyota Camry Rolls Off the Production Line in Kentucky 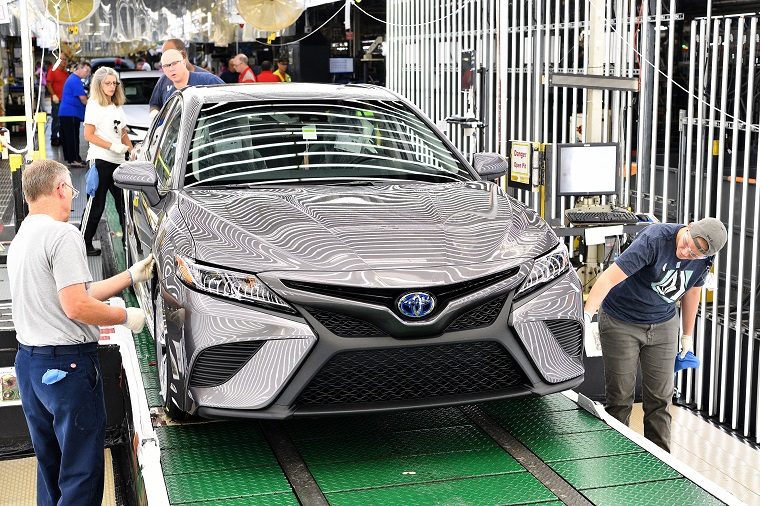 The very first 2018 Toyota Camry has rolled off the production line today in Georgetown, Kentucky, becoming the first vehicle in North America designed and manufactured with the Toyota New Global Architecture (TNGA).

The new Camry represents the start of the car’s eighth generation and the team members at Toyota Motor Manufacturing, Kentucky (TMMK) are already calling it the most exciting vehicle launch they’ve seen.

“The 2018 Camry takes it to another level,” said Chad Lindon, a Powertrain production team member who has worked at TMMK for 22 years. “It catches the eye. It has more horsepower, better fuel economy, and new technology that customers want. That all adds up to more job security and stability for my family.”

To support the launch of the new Camry, Toyota recently added 700 new employees at the plant, which has, since 1986, produced more than eight million Camrys and 11 million total vehicles. More than 8,000 team members now work at TMMK.

Though sedan sales are currently on the decline across the industry in favor of SUVs and trucks, the 2018 Toyota Camry aims to reclaim its title as Toyota’s best-selling model with an aggressive new exterior design, a lower center of gravity, new sound-absorbing materials, and a sportier chassis and powertrain.

According to Toyota, the new TNGA platform upon which the 2018 Camry is built has allowed the automaker to modernize and streamline the production process to better respond to customer demands down the road, which suggests that big improvements between model years may not take as long as in the past.