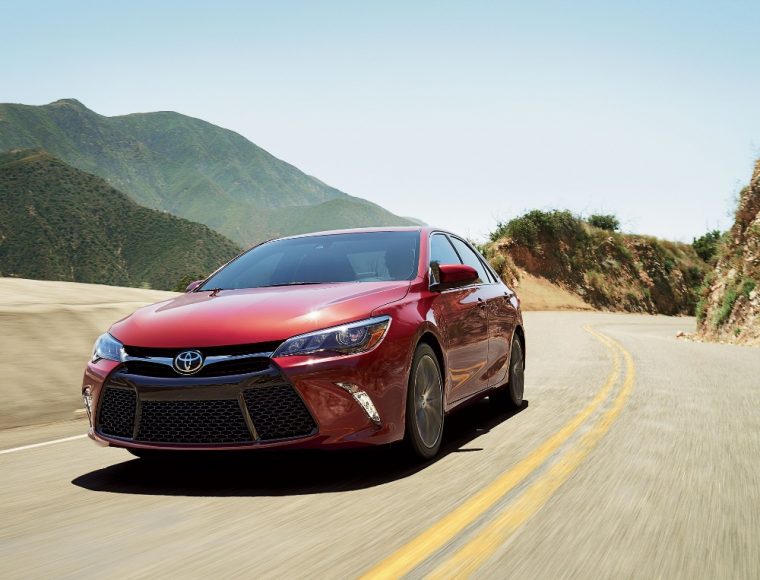 The Toyota Camry is the best-selling sedan in America. It’s simple, safe, user-friendly, efficient, and amenable in almost all conditions. In short, it’s a bit benign—but that’s a good thing when you’re trying to appeal to the average driver.

The 2018 Toyota Camry TRD aims to change that. We already know this from the “TRD” in the name, which is short for “Toyota Racing Development,” the automaker’s in-house performance department that is helping design the variant. And now we’re even more certain of it thanks to the new spy shots that have surfaced.

Thanks to details like aggressive-looking wheels and tires as well as quad exhaust tips, the Camry TRD looks a lot more assertive than the current-generation Camry SE or XSE, and it’s clear Toyota is setting up the Camry TRD to go against the likes of the Ford Fusion Sport or the Honda Accord V6.

#ToyotaCamry is due for a complete redesign, and based on these #spy shots, we’ll likely see it next year. https://t.co/TVDKMN3K0J

In fact, with a turbocharged four-cylinder set to join the Camry lineup as an optional engine, we expect Toyota will restrict its V6 option to the TRD—likely the new 3.5-liter V6 in the 2017 Toyota Highlander, which makes 295 horsepower and could easily be pushed beyond 300 hp.

Other possibilities for the Camry TRD include bigger brakes, upgraded tires, stiffer suspension, and a lower center of gravity, though we’ll have to wait for more details before we can truly know what Toyota has in store for its best-seller.

The all-new Camry will be unveiled in early 2017. The Camry TRD should come a few months after that. Based on the competition, we expect the starting price to hover near the low- to mid-$30,000s.