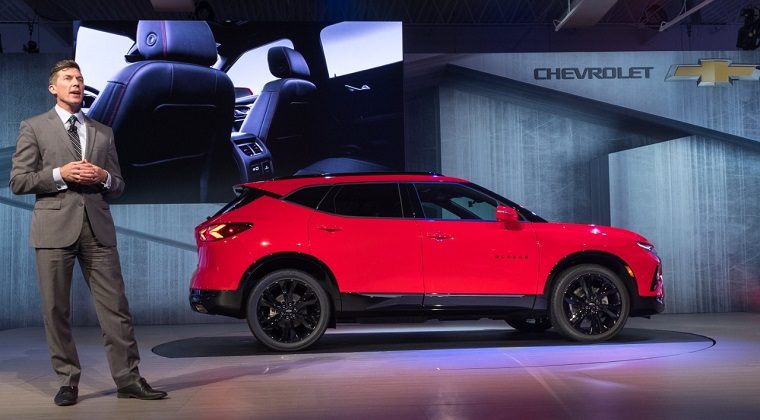 Roughly a week ago, Chevrolet revealed the latest addition to its utility vehicle lineup: the 2019 Chevrolet Blazer. Positioned between the Equinox and Traverse, the Blazer will be the perfect vehicle for families who need more space than the Equinox, but don’t want to pay for the Traverse.

Still, those families will need to be limited to five people, as the Blazer will reportedly not come offered with a third-row option.

Steve Majoros, the head of marketing for Chevrolet’s cars and crossovers, informed GM Authority that the Blazer would ultimately lack a third-row option. If drivers want a Chevrolet utility model with three rows, they will have to opt for the Traverse, Tahoe, or Suburban.

The latest GMC Acadia is roughly the same size as the Chevrolet Blazer. Yet, this GM model has a third-row option available for consumers.

So, what’s with the lack of a third row for the Blazer? Simply put, a third row might position the Chevrolet Blazer too close to the Traverse in terms of its place in Chevy’s utility lineup, when it is ultimately meant to fill in the space between the Equinox and the Traverse to compete with mid-size crossovers offered by Chevrolet’s rivals.

Find the Right Fit for Your Job: Best trucks for contractors

However, just because the Chevy Blazer doesn’t have a third-row option in its inaugural year, that doesn’t mean it won’t be an option for the Blazer down the line. Chevy seems to be hinting that if enough consumers demand three rows for the Blazer, it may be added as an option for future Blazer models.

For now, drivers will simply have to make due with the Blazer’s maximum cargo space of 64.2 cubic feet and assortment of advanced technologies.