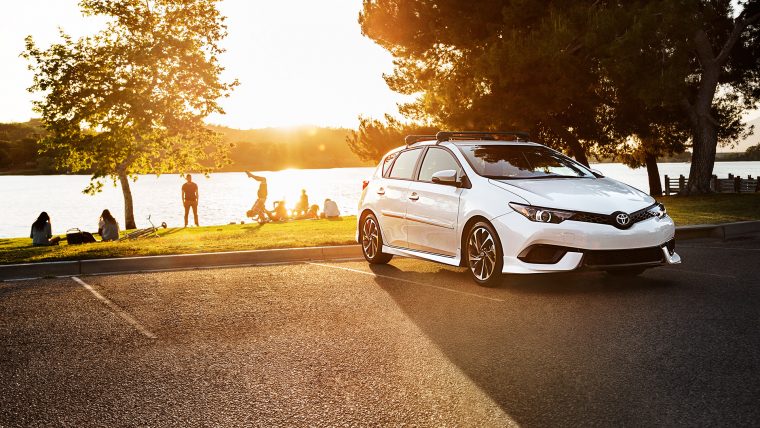 After it was teased the next-generation Toyota Supra would debut at the 2018 Geneva Motor Show, it seems almost pointless to announce that any other new Toyota would launch at the event in Switzerland; after all, what could possibly top the Supra?

Still, this upcoming debut is an important one. Toyota announced today that the 2019 Toyota Corolla hatchback, known as the Auris in Europe and the Corolla iM in the United States, would be presented alongside the Supra.

The Corolla hatchback, which is being developed in tandem with the 12th-generation Corolla sedan and which will ride on Toyota’s modular TNGA platform, represents one of the automaker’s efforts to carve out a future in which “sporty” and “Toyota” can go hand-in-hand in a conversation without someone raising an eyebrow.

In the United States, the Corolla iM is one of the few cars that still carries the Scion torch. Scion, the youth-targeting sporty brand, was killed off by Toyota after cars struggled to sell off the lot. Nonetheless, Toyota remains committed to offering affordable, fun-to-drive cars, and most of the cars survived by merely changing badges, including the popular 86 and the iM.

Toyota has confirmed that the European Auris will be motivated by a 2.0-liter inline four-cylinder engine paired with an electric motor, stating that many of the technologies found in the Prius would be applied. The engine boasts an incredible 40% thermal efficiency, putting it among the top percentile among production engines. It is at this point unknown whether the 2.0-liter hybrid system would be offered with the American hatchback, however.