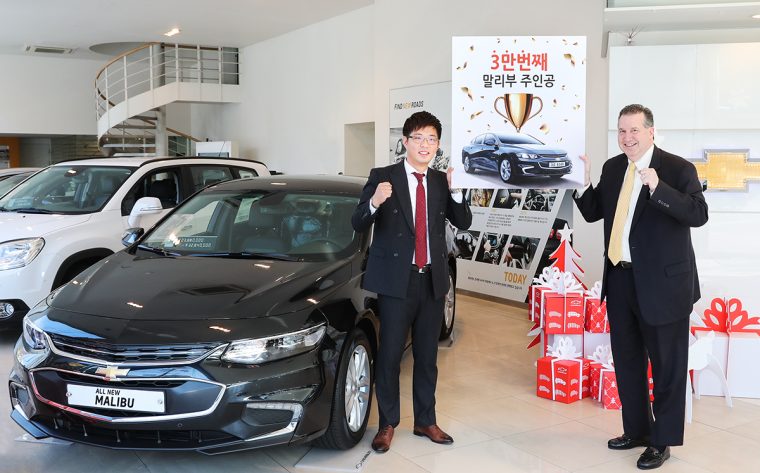 The ceremonial handoff was attended by GM Korea executives like Dale Sullivan, vice president of Vehicle Sales, Service, and Marketing, seen in the photo above striking the pose that best suggests that he is a lighthearted human being and not some kind of robot man.

“We deeply appreciate our customers’ continued support for and interest in the Malibu,” said Sullivan. “We are pleased to be able to provide more customers with the opportunity to experience the Malibu’s superior value while rewarding them with outstanding quality.”