4 Safety Features Michael Scott Should’ve Had On His Car 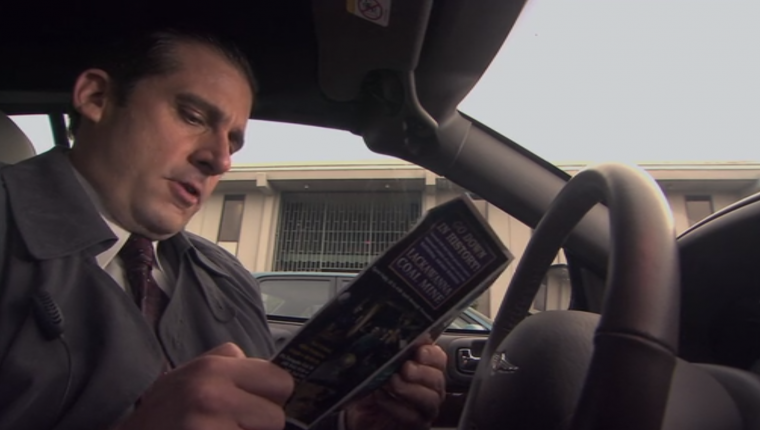 We all know that Michael Scott had his own quirks, and a few run-ins with his car. But, of course, The Office aired quite a few years ago, so there have been some technological improvements in automotive. Here are some more modern automotive features Michael Scott should’ve had on his car.

Note to self: you do not want to be in the passenger’s seat, or anywhere near the road, with Michael Scott behind the wheel.

4 Safety Features Michael Scott Should’ve Had On His Car

It’s hard to forget the time that Michael drove himself and Dwight into a lake. And while we know he was following a new GPS system, you can’t deny there was a bit of user error here. But, assuming the maps were simply out of date, Michael would’ve been better off with a more modern system. With new, more advanced built-in navigation systems, you can use 3D GPS systems with up-to-date maps, so you’ll know where the lakes are.

Driver-assist technologies are all the rage these days, and they’re becoming standard across many new models. But, back in the days when Michael Scott was the Scranton branch manager at Dunder Mifflin, they weren’t quite so common. Now, many new models are equipped with Forward Collision Alert – a feature Michael would’ve been happy to have when Meredith was innocently walking through the office parking lot.

Remember when we mentioned Michael Scott driving into that lake? Well, a proper navigation system isn’t the only thing that could’ve helped him out. Today, OnStar has partnered with brands like Buick to offer Roadside Assistance and Basic Plans on its models. Once Michael and Dwight ended up in the lake, having automatic OnStar notification would’ve been pretty helpful for them with water-soaked cell phones. Although, lucky for them, a tow truck did show up eventually.

Sunglasses + Michael Scott = a sleepy branch manager. Michael Scott fell asleep behind the wheel, again with Dwight riding shotgun, and could’ve caused a severe accident. Luckily, as autonomous features make it to the forefront of automotive, some cars can now sense when you’re falling asleep behind the wheel. Many manufacturers are including technology to notify you and alert you when your driving seems erratic or out of the ordinary.

A Closer Look: Explore the safety technologies available on the 2018 GMC Terrain